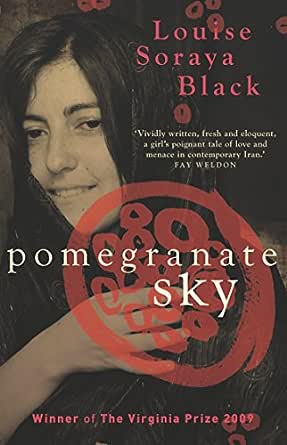 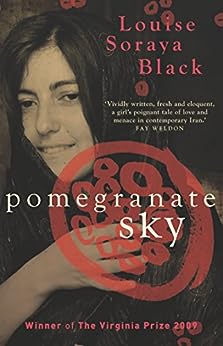 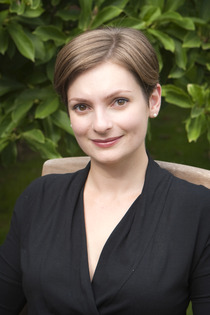 Born in 1977 to an English mother and Iranian father, she has lived in Iran, Pakistan, Bangladesh and Indonesia. She has a first class honours degree in law from UCL and practised law in the City for seven years. Louise is married, with a son, and lives in Surrey. This, her debut novel, is the Winner of The Virginia Prize For Fiction 2009. --This text refers to the paperback edition.

'Four decades of upheaval in Iran told through one privileged family's turbulent history - the feel for colour and language is vibrant.' The Guardian, First Novel Choice Oct 2010 'As in Margaret Atwood's dystopian novel about a restrictive culture, The Handmaid's Tale, secret rebellion and sexual freedoms are rife.' Fat Quarter Magazine 'Vividly written, fresh and eloquent, a girl's poignant tale of love and menace in contemporary Iran.' Fay Weldon 'I was totally captivated by this novel. Layla is torn between her heart and the restrictions of her culture. She obeys her heart - though not without a price. This wonderfully poetic story keeps you hooked right to the very end.' Stephanie Hale, author and broadcaster 'brilliantly evokes the changing face of Iran through the eyes of a young woman caught between duty and love - Pomegranate Sky is a fine achievement, beautifully written and riveting to the final page.' Tricia Wastvedt, author of 'The River' (long-listed for the Orange Prize for Fiction) --This text refers to the paperback edition.

Ron
5.0 out of 5 stars Life And Love In Iran
Reviewed in Australia on 2 June 2019
Verified Purchase
This is a delightfully written novel which describes life in Iran from before the 1979 revolution to 2001. In evocative language, the Author portrays the life of women and men in a religiously dominated Iran. It is a heart warming volume which taught me much about women in Iran.
Read more
One person found this helpful
Helpful
Comment Report abuse

lucia zanetti
3.0 out of 5 stars Pomegranate sky
Reviewed in Australia on 13 June 2019
Verified Purchase
It was an ok book, I like something more exiting or well written.
Read more
Helpful
Comment Report abuse
See all reviews

Deborah99
4.0 out of 5 stars Love in challenging circumstances
Reviewed in the United Kingdom on 25 June 2019
Verified Purchase
Great read, well written, explore a world that’s so different to mine
Read more
Report abuse

extremeski
5.0 out of 5 stars A wonderful read
Reviewed in the United Kingdom on 1 May 2012
Verified Purchase
I really enjoyed this book - it's well written and very enlightening about life in Tehran. Being married to an Iranian, i have some insight into the culture and this gave yet another angle on cultural contemporary Iranian life. That said, it's a very accessible book for anyone and the story keeps you hooked throughout the book. If you like getting into the psyche of people and how and why they tick, this is a book for you.
Read more
5 people found this helpful
Report abuse

Bill Ashby
5.0 out of 5 stars Insight into Modern Day Iran at a personal level
Reviewed in the United States on 30 December 2010
Verified Purchase
This book definitely deserved "The Virgina Prize of 2009" as it is a very readable first novel. It could be a later novel as it moves well and gives great visual pictures of a young lady living in modern day Iran. It gave me glimpses a very different life from ladies her age in America. The family has many interesting characters that keep the readers attention. It moves easily from events in 2001 Iran to earlier events in 1980 - 1991 that impacted her life. The inclusion of common Farsi words in the text(defined in a glossary) added to the Persian flavor of the story. The story keeps the reader wanting to keep reading and the ending is not what I expected. I hope Mrs. Black will write more based on her mixed experiences from having lived in England, Iran and many other countries(See her biography on Amazon).
Read more
One person found this helpful
Report abuse
See all reviews
Get FREE delivery with Amazon Prime
Prime members enjoy FREE Delivery and exclusive access to movies, TV shows, music, Kindle e-books, Twitch Prime, and more.
> Get Started
Back to top
Get to Know Us
Make Money with Us
Let Us Help You
And don't forget:
© 1996-2020, Amazon.com, Inc. or its affiliates