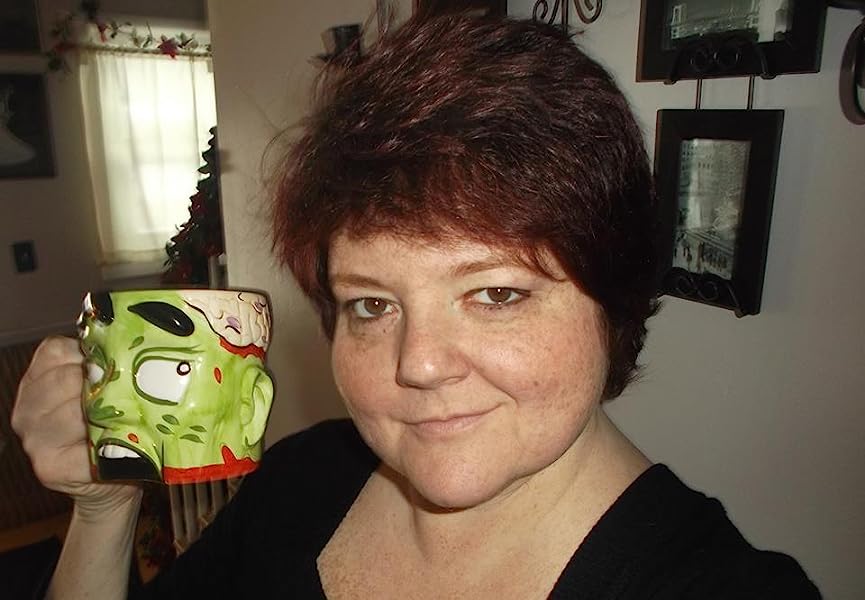 Schtinky
5.0 out of 5 stars Eros did not die of poison, but degenerated into Vice...
Reviewed in the United States on 24 July 2004
Verified Purchase
If you have been pursuing some dark paths like I have lately, perhaps you have treated yourself to some Hellish excursions like Edward Lee's City Infernal and Infernal Angel, or Jeffrey Thomas's Letters From Hades, which were all dark and succulent journeys into those nameless lands below.

So if you enjoyed your travelings with Lee and Thomas, you are going to absolutely love Poisoning Eros.

But this time bring your barf bag.

As with many books I enjoy, this treat by Wrath James White will leave you heaving over your commode for days, retching up the vile words that you so fiercly consumed, and running back for more.

Definitely as gross as Excitable Boys by Kelly Laymon, I strongly advise you against this book if you have a weak constitution. The are many beastly couplings, including demonic, that are explicitly drawn out by Mr. White and left on your plate for you to taste their exquisitely repugnant flavors. Make sure your antacid is nearby.

Her looks are gone and her money is gone, and all that is left to her is the sweet bliss of drugs. But Gloria falls in with the wrong man, a demonic creature who will pay her well but demand her soul in return. When she tries to leave him, he pulls up the daughter from her past and threatens to destroy the girl that Gloria barely knew.

How far will Gloria go to right the wrongs of her life? What does her soul look like in Hell, and will she ever be able to salvage the love of her child that she so carelessly threw away so many years ago?

If you like well written stories with horrific visions that will haunt you long after you are finished, then make sure to pick up a copy of Poisoning Eros. Well worth the price, but remember to spend a little extra and have that barf bag on hand. Enjoy!
Read more
2 people found this helpful
Report abuse

This colaboration between these two extremely talented writers is like nothing I have ever read.... the detail they use literally brings you into the darkest depths with the main character, Gloria. Never before have I gotten this vivid a glimpse of Hell.... which makes me wonder if Monica or Wrath have actually been there..... hmmmmmm....

I immediately found myself sympathizing with Gloria - which must be part of the Monica/Wrath TRAP! And her Hell on Earth is nothing compared to her Hell in Hell!

Throughout this book I found myself gagging, choking, looking away, questioning my own beliefs in good and evil, and yelling (out loud, not in my head!) at certain characters (Vlad, Ryan, Angela... all come to mind!) who deserved the punishment that poor Gloria endured.....

My ONLY criticism of this book is that I feel it ended too abruptly... some extremely critical decisions were made in the last 2 or 3 pages that I felt deserved a chapter of their own.... I felt sorry for myself after I read the last page because I wanted to read more.... I wonder if a sequel or continuation is in the works.....

Hopefully Monica and Wrath will be taking another trip to Hell soon to conjure up some more sick, twisted, and wonderfully demented ideas!!!!!!
Read more
One person found this helpful
Report abuse

There's no doubt White and O'Rourke strive to give the extreme-fiction crowd what they want. The bestiality, violence and torture are endless. But like White's similar story "Book of a Thousand Sins," things get pretty silly. At one point Gloria begins to plead with the demon who tortures her and forces him to face his own reality. Which just goes to show you that you can be an arch demon in Hell, but your woman is still going to nag you and try to turn you into something you're not. I'm surprised she didn't buy him a new set of clothes.

The weakest aspect of this story is that Gloria continually risks her life to save her daughter (who also ends up in Hell), but the daughter helped send her here. I know a mother's love knows no bounds, but it's hard to believe her motivation. And all of this running-around-Hell, one's-passion-and-resolve-driving-one-on-to-save-the-person-one-loves business isn't exactly "What Dreams May Come." Actually, you hear the term "ripping flesh" so many times that eventually it becomes like reading the phonebook.

When I encounter a threadbare story in one of these books, I'm always a bit stumped how to judge it. On the one hand, you buy these books for the sick-fun of its violence, and "Eros" has plenty of that. But on the other hand, novels like "The Bighead" and "High Life" show you can do more than just list one scene of gore after another. These novels, novellas and stories work better with skill. With more than a skinny plot to cover with repetitive debauchery.

So I'll say what I normally say: if you don't mind the lack of story, and can get by with all the woman-animal love and whips-and-more torture, then this novella is for you. If not, you'll probably want to skip it and look elsewhere.
Read more
4 people found this helpful
Report abuse

J. Davis
5.0 out of 5 stars One Hell of a ride
Reviewed in the United States on 14 May 2005
Verified Purchase
I really really loved this book. The images that are painted by these two ppl are amazing and disturbing. I was not expecting the whole Hell aspect of it, but it turned out to be one of the best parts of the book. This is the first time I have read a book by these two ppl, and I am sure to hunt out more from them. I believe if you are into hardcore splatter horror then you will like this book, if not then stay with Mother Goose.
Read more
2 people found this helpful
Report abuse
See all reviews
Get FREE delivery with Amazon Prime
Prime members enjoy FREE Delivery and exclusive access to movies, TV shows, music, Kindle e-books, Twitch Prime, and more.
> Get Started
Back to top
Get to Know Us
Make Money with Us
Let Us Help You
And don't forget:
© 1996-2020, Amazon.com, Inc. or its affiliates