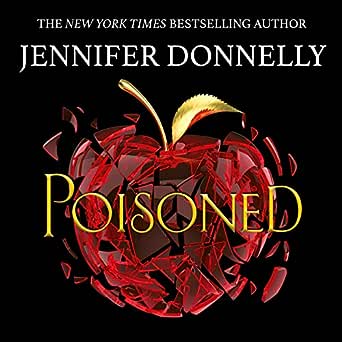 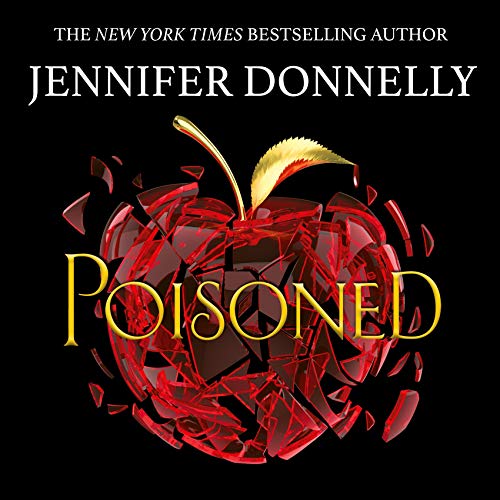 4.6 out of 5 stars
4.6 out of 5
299 global ratings
How are ratings calculated?
To calculate the overall star rating and percentage breakdown by star, we don’t use a simple average. Instead, our system considers things like how recent a review is and if the reviewer bought the item on Amazon. It also analyses reviews to verify trustworthiness.

Rachel Lemon
5.0 out of 5 stars Great retelling with a twist
Reviewed in the United Kingdom on 30 December 2020
Verified Purchase
Really enjoyed step sisters so got this book, and I wast disappointed.
Love the short chapters so handy to read when on the move or short of time.
Great retelling of a classic with a twist, I tried to take my time with the book so it lasted longer.
Read more
Report abuse

📚 Bookwyrm 📚
5.0 out of 5 stars Better than Stepsister, glad I listened to fans
Reviewed in the United States on 20 October 2020
Verified Purchase
Another great twist on a favorite fairy tale, complete with character growth and life lessons. It’s a story that keeps you engrossed, and I admit to reading this in one binge from the moment it dropped into Kindle until 3:40 the next morning, which is right now, actually. Now to write a review before my pillow attacks me or my husband notices I never actually went to bed last night. (And if this review is less than coherent, just blame it on exhausted and misfiring neurons. It was worth it.)

Sophie is surviving with a clockwork heart, because Corvus, the King of Crows, has hers in a glass box. It’s probably safe there for a while, but it’s a bit inconvenient for our heroine, but obviously yet not life-stopping due to a certain seven gentlemen. Sophie’s going to get her heart back with the aid of friends or not. Her clockwork heart is running down, so she’s under a rather pressing deadline. Along the way, she meets friends, enemies, and frenemies, as well as more than a few monsters, some of whom aren’t even human.

Jennifer Donnelly shows in Poisoned that she’s still growing as an author. The story is more complex in many ways, and it embodies her lesson more subtly, in my view, rather than relying as much on pedantic, direct lessons. There were a few moments that threw me out of the story: a few episodes of modern speech, a switch from past tense to present, and an anachronism or two. But they weren’t enough to keep me from reading on, just had me pausing for a moment or two while I puzzled about their inclusion. I’m still wondering if one of them was accidental, or I was too tired to plumb its meaning.

Overall, I enjoyed Poisoned better than Stepsister. I’m glad I listened to some folks raving about how much they liked Stepsister and how much they were looking forward to Poisoned. I expect I’ll grab the next Jennifer Donnelly book, too. Recommended for those who love twists on fairy tales and dark imaginings.

Delta High School Library
5.0 out of 5 stars Approaches verbal abuse head on!
Reviewed in the United States on 27 November 2020
Verified Purchase
Poisoned by Jennifer Donnelly
Fairytale retelling of Snow White with a pro-feminist twist that questions negative comments and the doubts they create. Princess Sophia has a kind heart and a selfless personality. She cares about everything and everyone. Her stepmother, Queen Adelaide, berates Sophia for being soft and weak and therefore will undoubtedly make a terrible ruler. Adelaide commands the huntsman to kill Sophia and take her heart but, amazingly, she survives. As she struggles to live and recapture her heart, Princess Sophia meets many people of different backgrounds and circumstances and she helps everyone in anyway she can. A tale of courage and confidence, 5 stars!
Read more
4 people found this helpful
Report abuse

Lisa Dawn
2.0 out of 5 stars Even More Disturbing Than the Fairy Tale
Reviewed in the United States on 25 January 2021
Verified Purchase
I saw an ad on Facebook for Poisoned by Jennifer Donnelly and thought "Cool. A retelling of 'Snow White.'" Little did I know that this book would be one of the darkest and unpleasant retellings about the fairest one of all that I've ever read. The book has nothing in it that would be considered inappropriate for children, but it has the same level of storytelling as the 2012 film Snow White and the Huntsman. If you enjoyed that movie, you might like this book. However, I was not a fan of either. So much of Poisoned tries to incorporate Tim Burton-esque imagery that I wasn't sure if Jennifer Donnelly was aware that she was writing a book and not a screenplay. Films are meant to tantalize their audiences with stunning visuals and sounds while books must allow us to connect with the characters on an emotional level by revealing their internal monologues. A good film or book would succeed in both. This succeeds in neither.

Poisoned is written mostly in the third person narrative, which works to its detriment. The lack of emotional attachment I felt to the protagonist, Sophie, made me wish I had a clearer idea of what was going on in her head. What is even more bizarre is that a small selection of chapters are written in the first-person perspective of the Huntsman. This would have been fine if the story was about him, but he played virtually no role in Sophie's tale outside of attempting to kill her one time just as he did in the original fairy tale. The difference is that in this version, he succeeds in cutting out her heart, a gruesome image that made me feel uncomfortable for the remainder of the book. If this story had taken place a normal world, Sophie would have been dead, and that would have been the end of the book. However, Jennifer Donnelly channels her inner Tim Buron by having Sophie encounter seven brothers who live in the woods and make her a clockwork heart that somehow brings her back to life even though her body had been missing its heart the entire time they worked on the prosthetic. For the rest of the book, she wanders the world with a gruesome scar on her chest and ticking gears underneath it.

I could have seen past the macabre imagery if it had been balanced out with an emotional plot, but all of the characters in this story are one-dimensional. At the beginning of the book, Sophie meets a prince named Hans Haakon who is so obviously evil that he might as well have been wearing a flashing neon sign on his head saying "Don't Trust Me." It felt like a chore to go through so many chapters before reaching the betrayal that anyone could see coming from a mile away. I also knew who Sophie's "real" love interest was the moment he showed up even though the author was trying to make the romance a surprise. The seven brothers who were inspired by the seven dwarfs had no real personalities outside of their professions, and it felt like Sophie had no time to form a bond with them even though they grew to love her just as much as the dwarfs from any other adaptation of "Snow White." There was also a new character who made his way through life by robbing corpses. Lovely. Amongst all the gothic and gruesome imagery, I did appreciate that the author incorporated all three methods that Snow White's stepmother used to try to kill her since most versions leave out everything except the apple.

The book gets even more weirdly existential when we learn that the true villain was not Sophie's stepmother, but instead a mysterious figure who turns out to be the personification of Fear. I rolled my eyes so hard at this. The author struggled so much with how to create an emotional connection to her characters that she decided to turn actual emotions into characters, a technique that only worked in Inside Out. I'm sure the imagery and symbolism presented in Poisoned would have looked lovely in a movie, but this is a book, so we need to feel it, not see it. The only thing that I ever felt for Sophie was pity for having to wander around with a bunch of mechanical gears in her chest. I also felt sorry that she trusted someone who was obviously no good. When she finally did meet her love interest, it came so late in the book that I was beyond the point of caring. Their romance felt forced and only seemed to be there to teach Sophie that it was her job as the future queen to reverse the people's negative perceptions about her kingdom's royals.

Overall, Poisoned is a hot mess of a "Snow White" retelling. It wants to be a deep and existential movie, but its characters are shallow and in some cases, literally heartless. Jennifer Donnelly would be better suited to writing a script for a Tim Burton movie than a novel. The macabre imagery in the book made me reluctant to finish it, and the "plot twists" were so obvious that it felt like a waste of time. The only positive thing I have to say about it is that she succeeded in making it even darker than the Brothers Grimm fairy tale. Next time I see an ad on Facebook for a book that I know nothing about, I'll think twice before purchasing it.
Read more
One person found this helpful
Report abuse
See all reviews
Back to top
Get to Know Us
Make Money with Us
Let Us Help You
And don't forget:
© 1996-2021, Amazon.com, Inc. or its affiliates