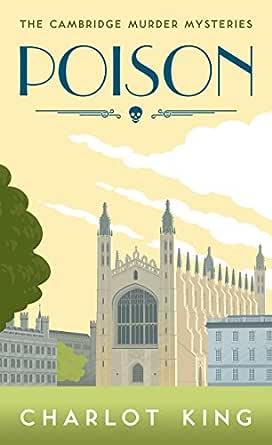 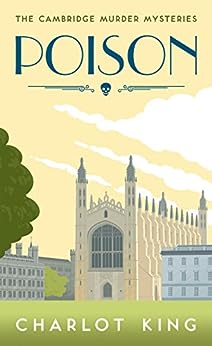 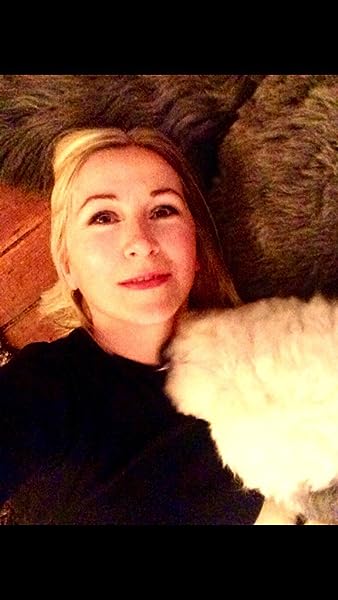 4.3 out of 5 stars
4.3 out of 5
85 global ratings
How are ratings calculated?
To calculate the overall star rating and percentage breakdown by star, we don’t use a simple average. Instead, our system considers things like how recent a review is and if the reviewer bought the item on Amazon. It also analyses reviews to verify trustworthiness.

Chelsea
5.0 out of 5 stars Murder comes to Cambridge
Reviewed in the United Kingdom on 15 April 2018
Verified Purchase
Almost from the beginning of this book, I had worked out the murderer. That never spoils a film or a book for me, I enjoy the conformation of being proved right. Charlot, the author, made sure her readers were given a good insight into all her characters, their lives, loves and faults. The only person the murderer couldn't possibly be was - the Cambridge sleuth, the police Inspector and the deceased himself. I was given an interesting view on poisonous plants, the intrigues of an upcoming Politician and an in depth tour of the wonderful City of Cambridge, where I have to admit, my Grandfather was a Chemistry Lecturer, until his retirement. Well done to Charlot, a thoroughly intriguing book. I now hasten to read the second book in the series where I meet once again, Elizabeth, her Grandson and the Inspector. One last comment... I was wrong in my thoughts as to whom the murderer was, thanks to Charlot for feeding me so much wrong information.
Read more
3 people found this helpful
Report abuse

Noodle Top
1.0 out of 5 stars Not a good read.
Reviewed in the United Kingdom on 30 April 2017
Verified Purchase
Oh dear what can I say? I bought this book with expectations of a good read having read the previous reviews. There is a good plot and characterizations which perhaps had great potential. I'm not a literary critic I just enjoy a good read. But unfortunately the author makes the mistake of 'telling' rather than 'showing' . It certainly comes across as if written by a very inexperienced writer. I really did try to continue to read this book but the constant explanations disrupted the flow of the story. So I gave up after chapter 2. I certainly regret having bought this book as it had been a choice between this or an MC Beaton. I know which I'll choose next time.
Read more
4 people found this helpful
Report abuse

Tony K
5.0 out of 5 stars Perfect Reading for fans of 'Old Fashioned' crime novels.
Reviewed in the United Kingdom on 23 March 2018
Verified Purchase
This is a book for those that love a good old fashioned murder mystery, without all the modern trappings of graphic visceral descriptions of murder scenes, dark, deeply flawed investigators and bleak social commentary. The writing is light and descriptive, and the main characters, while not immediately likable (least to me), do win you over in the end. Cambridge is a big part of the book with many scenes taking place in real locations, and some of the less known history explained. The nerd in me was drawn in to such an extent I was googling certain locations and items to fill in on the back history and following the plot on an online map. Not 100% sure on the motive for the crime, might have to go back and read that bit again, but then again Agatha Christie was not adverse to throwing in a curveball to completely change a motive, so CK is in good company there.
I really enjoyed this book, always like finding a new author with something a little bit different in the crime genre, and Charlot King is certainly that. Have ordered number 2 and can't wait for it to arrive.

Mwalimu
5.0 out of 5 stars I loved this book
Reviewed in the United Kingdom on 11 October 2016
Verified Purchase
I loved this book, the first in what promises to be a great series by a new crime writing talent.
Firstly, but least significantly, because it brings back memories of the Cambridge I know & love, but am no longer able to visit physically. The background context is very evocative, and vital for the plot. In many ways she makes the physical context almost as real & vital to the story as in the best of PD James.
Second, because even though the author has a distinctive & personal style, there are wonderful echoes of other, earlier crime writers. James I've already mentioned, but both Christie & Sayers are hinted at.
Third, her characters are idiosyncratic, but not so much so as to be unbelievable. And they can be identified with or recognised in contemporary society. I enjoyed meeting them & gradually getting to know them.
Finally, I thoroughly enjoyed the plotting and the building of suspense. I don't require of my crime novels that they defeat my attempts to unravel them (though that is a definite bonus), but that they are neither obvious nor simple. Poison is neither, and the plot carried me all the way to the denoument without dropping pace or intrigue.
I'm very much looking forward to the 2nd in the series.
Read more
4 people found this helpful
Report abuse

M. Coakley
5.0 out of 5 stars Do Judge a Book By Its Cover
Reviewed in the United Kingdom on 11 May 2017
Verified Purchase
I was initially drawn to Charlot King's book by seeing a picture of the book's cover here on Amazon. !
Cambridge, Murder, Mystery, Poison. What a delicious combination.
I hadn't come across Charlot's style of writing before but I quickly got used to it.
What is wonderful, I think, is that the main characters are flawed in a number of ways. Not always likeable but so much more interesting than these super-saintly or heroic sleuths that we often come across in fiction.
The plot was cleverly executed. Everything made sense once you knew who "did it". I always love it when I am completely floored at the end of a book when the murderer is revealed. Such was the case here.
The Cambridge setting and Charlot's beautiful and vivid descriptions of this wonderful city had me entranced. I have to visit all the places mentioned in the book. !!
I am eagerly awaiting the arrival of Charlot's next book, "Cursed", when it comes out in paperback. I cannot wait to delve more into the characters of Elizabeth, Inspector Abley and Godric.
Read more
3 people found this helpful
Report abuse
See all reviews
Get FREE delivery with Amazon Prime
Prime members enjoy FREE Delivery and exclusive access to movies, TV shows, music, Kindle e-books, Twitch Prime, and more.
> Get Started
Back to top
Get to Know Us
Make Money with Us
Let Us Help You
And don't forget:
© 1996-2020, Amazon.com, Inc. or its affiliates