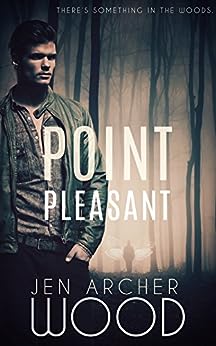 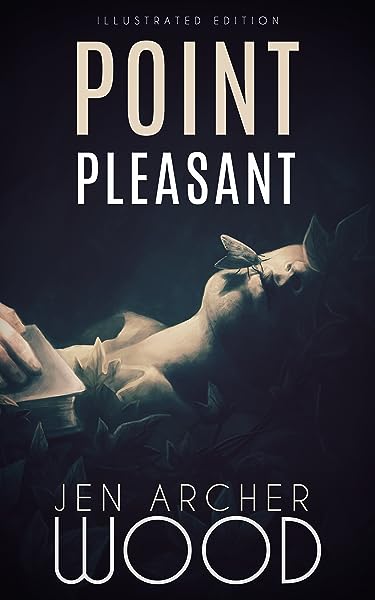 Jen Archer Wood is an admirer of the southern gothic tradition, American urban legends, and the scent of rain on rusty screen doors. Connect: Website: jenarcherwood.com Newsletter: http: //eepurl.com/cQS4Yz --This text refers to the paperback edition.

4.1 out of 5 stars
4.1 out of 5
18 global ratings
How are ratings calculated?
To calculate the overall star rating and percentage breakdown by star, we don’t use a simple average. Instead, our system considers things like how recent a review is and if the reviewer bought the item on Amazon. It also analyses reviews to verify trustworthiness.

Kate Wood
5.0 out of 5 stars Great classic horror with an interesting twist.
Reviewed in the United Kingdom on 11 November 2015
Verified Purchase
The book had a great premise, a new take on the mothman legend. The characters were engaging and although at times I did find myself shouting for them to just pull themselves together, the book kept my interest right to the end. At times the writing is a little bit drawn out, but it gives it the feel of an old Stephen King novel. I read point pleasant in one sitting and have read it again since, I would definitely recommend it!
Read more
Report abuse

Deirdre
3.0 out of 5 stars Show don't tell.
Reviewed in Canada on 1 December 2020
Verified Purchase
I purchased this because I knew that it was originally a Supernatural fanfiction. I was a little surprised by the writing and not necessarily in a good way. It was hard to read ... it was flowery in a way that was heavy handed and there were some lines that made me cringe. I did enjoy the story and I think they made some great changes to the characters to adapt it as a book. I think they needed a better editor though because the book could have been shortened by a 100 pages and I do believe this is one of those cases where, "show. don't tell." would have been an important editor's note. Otherwise, not a bad story... just needed some editing. It's well made and I always appreciate a queer romance with some plot.
Read more
Report abuse

Kenn
5.0 out of 5 stars I really enjoyed this book
Reviewed in the United States on 21 November 2015
Verified Purchase
I really enjoyed this book. When I first saw this book promoted on Facebook, what drew me to it was the length of the book, 565 pages. The write up preview only gave so much away, but sounded interesting enough to take the chance. It was well worth taking.
Something winged and menacing is in the woods outside Point Pleasant. Young Ben and his best friend Nic venture into the woods one night to search for it, and it finds them.
Years later, Ben and Nic have a falling out and Ben leaves town never to return. After years of being a best selling author, Ben is losing his mojo and returns home to possibly write about the creature for his next book.
Back in Point Pleasant, Ben comes face to face with his father, his past, Nic, and the creature in the woods.
Ben and his love interest are both men. They've known each other a long time. They genuinely care for and about each other, but they have both hurt the other and been hurt by the other, so they're wary of just what the relationship is. They are grown ups and mostly act like it in their relationship, not having to constantly be groping each other or having sex every ten pages as so many m/m stories have them do.
But the bulk of the story is about the creature in the woods, and the havoc is wreaks, and wreak it does. Something big is coming and somebody has to do something.
The writer does a great job of sustaining the story. When something of note happens around 20 percent of the story, I wondered just how they were going to keep the story going for such a long book, if such a thing has already happened. I did that a couple of times, and was never disappointed, and the story never dragged. People, places, and things that were mentioned from when Ben was a child, and when he first returned to town, no matter how offhand it seemed at the time, all made reappearances later in the story, sometimes in impressive ways. The relationship between the main characters was also distributed through the story very well. Secondary characters are developed and effective.
The wrap up of the book near the end was necessary and I know why it was done, but only then did it seem to go on a little long, but it had a payoff.
It's odd that a book that was this long would still make me want more of these characters. But I think it would be too much for them to have another peril like this befall them, so I will be thankful for what I got in this book.
Very good book.
Read more
4 people found this helpful
Report abuse

Kindle Customer
4.0 out of 5 stars Great mystery!
Reviewed in the United States on 26 February 2017
Verified Purchase
At age 12, Ben and his best friend Nic go into the woods in search of their town's mysterious winged monster, known as "Mothman," and end up being chased out of the woods by this creature. This instills a great fear in them towards the Mothman. Years later, Ben and Nic have a falling out and Ben leaves town, moving to Boston to become a famous horror writer, using his encounter with the Mothman & his childhood experience as inspiration. While seeking a jump start for a new book he goes home and reconnects with his dad and Nic, but something in town is brewing and the Mothman has been appearing in town to certain residents-in the past Mothman sightings are always a bad omen of a devastating occurrence. Ben needs to join forces with Nic, now the town sheriff, and talk him out of trying to cover up the whole thing. Someone needs to find the Mothman and solve the mystery before more people are hurt. Great mystery, never gets dull or slow moving even with the length. Loved the story and the characters, especially the town's people like Tucker and Andrew, Ben's dad. Definitely a fun and scary read.
Read more
One person found this helpful
Report abuse
See all reviews
Back to top
Get to Know Us
Make Money with Us
Let Us Help You
And don't forget:
© 1996-2021, Amazon.com, Inc. or its affiliates