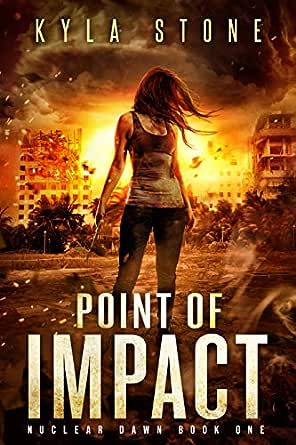 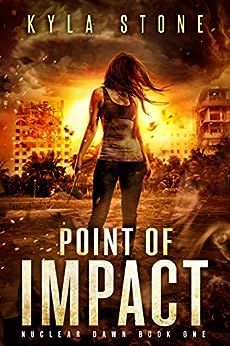 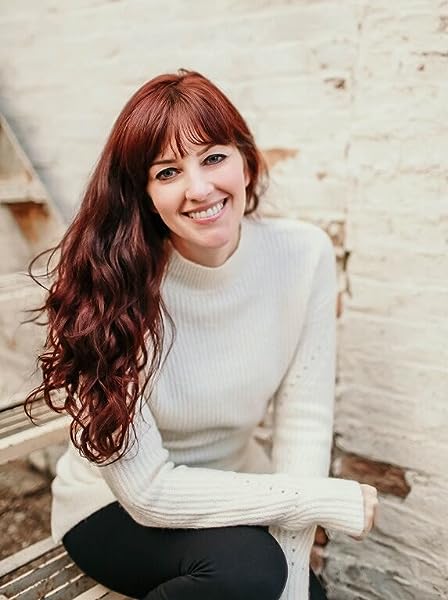 4.4 out of 5 stars
4.4 out of 5
203 global ratings
How are ratings calculated?
To calculate the overall star rating and percentage breakdown by star, we don’t use a simple average. Instead, our system considers things like how recent a review is and if the reviewer bought the item on Amazon. It also analyses reviews to verify trustworthiness.

Chris Wells
5.0 out of 5 stars Brilliantly Written Dark Story Of Nuclear Apocalypse.
Reviewed in the United Kingdom on 27 September 2019
Verified Purchase
Kyla Stone avoids the problem a lot of apocalyptic fiction suffers from and that is rushing through the initial ‘incident’. I’ve read a few stories, although great reads, that rush into the moment the world ends and then rush on. Frequently this gives us a book that shows the characters fighting the worst of humanity and the world ending event is more a background story. No doubt the world ending would bring out the worst in a lot of people as everyone starts to fight for themselves but where do you go from there? Point Of Impact shows us a more detailed story of the nuclear attack that brings Miami, and America, to its knees. Kyla Stone gives us really intriguing characters that feel well rounded and well thought out. There are no ‘super men or women’ running around helping ‘the good guys’ survive here but people that feel more real. Yes, the two main characters, Dakota and Logan, do have dark pasts and they are tough but they never feel like cliches. There’s real depth to all the characters in this book. The story itself is brilliantly written and is packed with high energy tension that builds and builds. The best recommendation any book can get is the reader wanting more and that's definitely the case for me here, I want to know how these survivors get on, how they avoid the painful deaths that stalk them. Really, really great apocalyptic fiction that has heart and is written by an author with real talent.
Read more
One person found this helpful
Report abuse

Cath McTernan
5.0 out of 5 stars Survival Skills Are the Key
Reviewed in the United Kingdom on 5 February 2019
Verified Purchase
Dakota has aged out of foster care and is currently working in a bar, in an attempt to save enough money to get her younger sister, Eden, out of foster care. They both escaped from a cult called the Shepherds of Mercy, led by Solomon Cage, somewhere deep in the Everglades. But Dakota hasn’t lived with her sister for nearly two years apart from supervised visits. They are both in Miami now and Dakota works near her sister’s foster parent’s home.

She suddenly sees a figure walking past the bar window, that she recognises as Maddox Cage, the cult leader’s son. He is still looking for them and has somehow located them. She needs to get her sister and disappear again. As she tries to contact her sister, the TV over the bar is showing an emergency bulletin. There has been a massive explosion in Washington DC and another confirmed, possibly more. She knows what this means and warns her sister by text. Just as she does this a huge flash of blinding light hits.

She knows what to do and takes cover, not quite managing to reach her go bag, she keeps in her locker. Seconds later a huge blast wave hits and many in the bar are injured. Most think it was just an earthquake and she is the only one that understands what will happen next. They have less than ten minutes to find a suitable place to shelter. The only customer who seems to have any sense of being able to handle themselves is a loner called Logan. Some just want to leave and find their loved ones, while others listen to Dakota and a woman called Shay, with some nursing experience.

The rest of the book explores what happens as a small group join Dakota and Logan in locating a safe shelter and attempting to get supplies to keep them alive. Dakota has the feeling that Maddox will have survived and must be heading for her sister Eden. She also has to keep her promise to her sister, to keep her safe and never, ever leave her. The story flips between the viewpoints of each main character, as they try to survive, some in different locations around the city.

It’s a quick read, as it drags you straight into the action! I started reading it and just couldn’t stop. I can’t wait to read more of this story and go to the next in the series. It is a very realistic and fact filled tale of a dirty bomb exploded at ground level in multiple major cities. There will be no help coming to help anyone and unless you know some ‘prepper’ skills and have survivalist experience, you will die from your ignorance. You also get to find out just a little bit of their previous life with the cult, but not much. I presume more will come in later books.

The book leaves you at a cross point, just as you want more. But, it is that sort of story. There is far too much to be explored by the author in just one book and the next book, Fear the Fallout, must be about the next phase of the atomic bomb explosion – fallout. How will they all keep themselves safe during the period when radioactive fallout is falling from the skies? Which direction will be safe for them to travel and how long they may have to stay in their shelter, is still to be explored. I for one can’t wait, and as it is already available, there is no real delay in being able to carrying on with the story and the series.
Read more
One person found this helpful
Report abuse

bfw
5.0 out of 5 stars Fast-paced and gritty
Reviewed in the United Kingdom on 22 January 2019
Verified Purchase
If you have not read a book by this author, please do so. Kyla Stone's writing is fast-paced, her world-building impressive, her characters gritty and multi-faceted and the action is terrifyingly exciting.
If you every wondered how we would survive a nuclear attack, Point of Impact will give you more than a horrifying dose of realism as we follow Dakota on her bid to save her sister whilst the world falls apart around her. Bring on the next books.
Read more
One person found this helpful
Report abuse

LIR
5.0 out of 5 stars Dakota is an unusual survivor
Reviewed in the United Kingdom on 4 January 2019
Verified Purchase
When the world in Miami ends, Dakota a young girl with a horrendous past that is catching up with her and her deaf sister who is with foster carers.
The story of how Dakata's unusual background helps her and a few others survive a nuclear fall out is fascinating.
Although Dakota has the knowledge she needs to find her sister and flee - I look forward to the next book as I want to know if Dakota can save her sister and herself....
Read more
One person found this helpful
Report abuse

Kindle Customer
5.0 out of 5 stars Another good one!
Reviewed in the United Kingdom on 16 March 2019
Verified Purchase
A new author to me but I'm glad I ordered this. Good story, well written - hooked and reeled me In so I didn't want to put it down........so I didn't!!
Read more
One person found this helpful
Report abuse
See all reviews
Back to top
Get to Know Us
Make Money with Us
Let Us Help You
And don't forget:
© 1996-2021, Amazon.com, Inc. or its affiliates