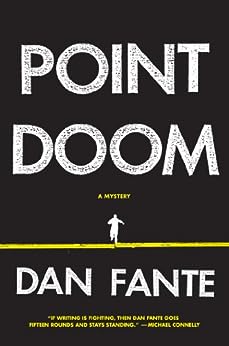 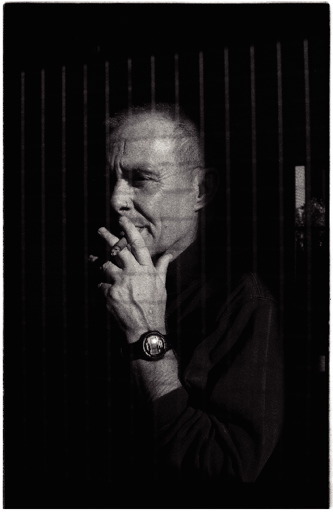 by Dan Fante (Author) Format: Kindle Edition
See all formats and editions
Sorry, there was a problem loading this page. Try again.

Failed private investigator JD Fiorella was a pro at finding trouble. Mixing it up with the wrong people in New York, he escaped to L.A.—only to hit rock-bottom after too many nightmares and too much booze.

Now forty-six and sober, JD is working hard to get it together. Living in Malibu at his mother's house in Point Dume, he's got a new job selling used cars with his friend Woody and a new girlfriend. But just as things are looking up, JD discovers a gruesome murder. Now the ex-private detective has to make a choice.

Determined to exact vengeance, he follows a twisting trail of clues that leads him to unexpected truths about himself and his new life—and to a psychopathic killer with an eerie connection to his past. And, as JD soon learns, this time there's no easy way out.

"Told in a free-flowing narrative style that features a number of memorable characters, Fante's novel is dark, bleak, gritty, and inventively vulgar. It's also honest, painful, and occasionally tender."--Booklist

Praise for Dan Fante: "This writer has the telemarketer's skill for keeping the mooch on the line: readers who don't hang up right away very likely won't be able to stop listening."--New York Times

"A powerful read from a writer who's lived what he writes and writes what he lived, 86'd stands out as yet another example of Fante's unique voice and bottoms-up, scraped-off-the-sidewalk prose."--Jerry Stahl, author of Permanent Midnight --This text refers to the paperback edition.

Dan Fante is the author of the memoir Fante, the novels 86'd, Chump Change, Mooch, and Spitting Off Tall Buildings, and several books of poetry, short stories, and plays. He lives in Los Angeles with his wife and son. --This text refers to the paperback edition.

The son of novelist John Fante (Ask the Dust), Dan Fante is the author of the novels 86'd, Chump Change, and Mooch; the short story collection, Short Dog; two books of poetry; and the plays The Boiler Room and Don Giovanni. Born and raised in Los Angeles, he lives in Arizona with his wife and son.

3.5 out of 5 stars
3.5 out of 5
31 global ratings
How are ratings calculated?
To calculate the overall star rating and percentage breakdown by star, we don’t use a simple average. Instead, our system considers things like how recent a review is and if the reviewer bought the item on Amazon. It also analyses reviews to verify trustworthiness.

Dt Cowie
4.0 out of 5 stars Dan Fante, you've done it again!
Reviewed in the United Kingdom on 12 June 2013
Verified Purchase
Another incredible piece of fiction by legendary L.A. author Dan Fante. I couldn't believe it when I saw it was available for just 99p! Fante writes fantastic dialogue and edgy storylines - his characters live so close to the edge that the slightest breeze will send them plummeting.
Point Doom isn't for fans of flowery fiction, the prose is short & punchy; it's a thriller that takes no prisoners.
Mr Fante I salute you.
Read more
One person found this helpful
Report abuse

R.I.P.
4.0 out of 5 stars Raw gritty fiction
Reviewed in the United Kingdom on 22 February 2015
Verified Purchase
Excellent gritty work of fiction , I wouldn't of expected anything else from the author Dan Fante. Not for the faint hearted !
Read more
Report abuse

Kirk Alex
5.0 out of 5 stars comes at you like a hollow point slug from a .357 Magnum
Reviewed in the United States on 2 November 2013
Verified Purchase
Absolutely relentless. Probably a masterpiece. One of the most intense, if not thee intense, PI novels I've ever read.
As good as the best of Dashiel Hammett, Sean Chercover or James Crumley. Could not put it down. Fante's damn novel caused me to lose sleep.

Some readers/reviewers have complained that JD Fiorella, the former PI in the novel, is as psycho as the a-holes he goes after in this tale. Really. At least Fante's PI has a heart. I'd much rather have someone like that on my side, than the other type of so-called heroes we're usually seeing in tinseltown flicks or reading about.

All I want to know is when's the next one? I want a sequel, Fante? Are you listening Bourbon Street Books?
In addition to the above, I must point out, as gruesome as plenty of it is, there is enough humor to make you laugh out loud, and in public while you're reading. That's what it did to me. Yes, I drew some stares from folks. What you get is pitch-perfect dialogue, characters that jump off the page at you, and just all around terrific prose. What's not to cherish? I could praise this forever. My hat is off to the author.
Read more
2 people found this helpful
Report abuse
See all reviews
Back to top
Get to Know Us
Make Money with Us
Let Us Help You
And don't forget:
© 1996-2022, Amazon.com, Inc. or its affiliates