Poet Anderson ...Of Nightmares and over 1.5 million other books are available for Amazon Kindle . Learn more
Share <Embed> 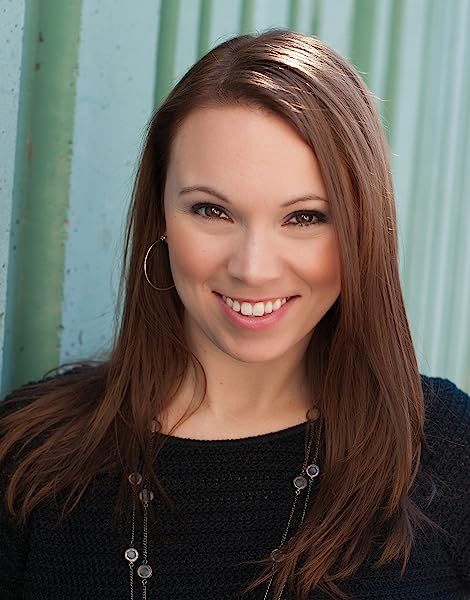 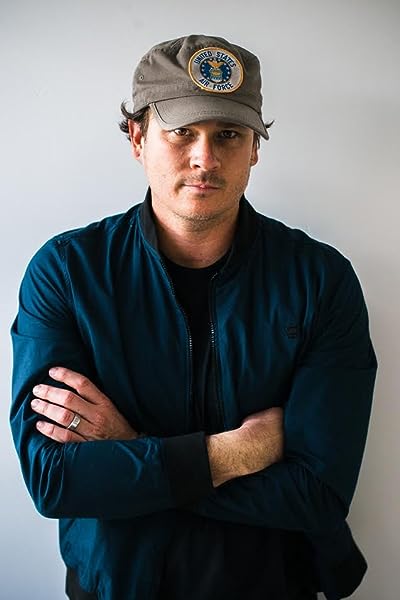 Page 1 of 1 Start overPage 1 of 1
Previous page
Next page
Start reading Poet Anderson ...Of Nightmares on your Kindle in under a minute.

"It is a very quick and quite enjoyable read. It is full of action and suspense as well as humour. The world DeLonge has created is incredibly vivid and well imagined and the plot has some great twists, especially near the end, which were utterly unexpected. ... I would encourage you to read it if you enjoy fast paced action and romance with tense cliff hangers."-- "The Guardian"

I totally enjoyed every minute spent reading this masterpiece of a novel and I'm eagerly awaiting the next installment in this surreal, visceral, imaginative, fantastical, adventurous ride of a novel and I highly recommend this to ALL readers!-- "Cover2Cover (4.5 out of 5 stars)"

No doubt about it- Tom DeLonge is a modern-day Dream Weaver.-- "Digital Trends"

Reads like a blend between Harry Potter and The Matrix. ...Of Nightmares hits the trifecta.-- "Consequence of Sound"

This is a book that guys and girls, as well as their parents, can get behind and totally fall in love and that's so rare to find these days. If you're ready for a book that will take you into a world which can be found each time you close your eyes, a dark adventure full of new and fascinating places and characters you won't soon forget, then absolutely pick up Poet Anderson...Of Nightmares and get prepared to be blown away!! Absolutely my favorite read of 2015 and I can't wait for book two!!-- "My So-Called Book Reviews (5 out of 5 stars)"

Tom DeLonge and Suzanne Young created a story that pulled me in from the very first page and kept me turning the pages to find out what was going to happen next... Just know that I loved every minute of this book and am hopeful that we will have more stories from these two that include the Andersons. Definitely consider checking this book out when you can - I found I was unable to put it down and now that I am finished I just want more.-- "Fiction Fare (5 out of 5 stars)"

Musician DeLonge (of the band Blink-182) teams with seasoned writer Young (The Program, 2013) to explore the relationship between dreams and reality. Orphaned when their parents die in a plane crash, brothers Jonas and Alan can travel together in dreams and are learning how to manipulate waking reality through their actions in those dreamscapes. On their way to Seattle, where Alan will start a doorman job at the Eden Hotel, a terrible auto accident leaves Alan in a coma. There's shades of the Wild West in the almost nonstop action, which includes a car chase, a monocycle race, and fist and knife fights, leaving little room for developing personalities. Characters are closer to archetypes than flesh and blood, but the draw here will be the interesting questions raised about the power of our fears, and the hero's journey to conquer inner demons. This first in a planned trilogy will be released concurrent with an original soundtrack and accompanying visual art. -- Debbie Carton--Booklist Online

Tom DeLonge is an award-winning producer, author, platinum recording artist, researcher and entrepreneur from San Diego, CA. Today Tom, with his company To The Stars, produces original content that aims to inspire a newfound appreciation of the profound, yet unresolved, mysteries involving science and the universe through entertainment directly informed by science. His first multi-media franchise Love, told the story of an isolated astronaut on the International Space Station and included a double album by his band Angels And Airwaves with the feature film premiering in 600 theatres across the United States. His next franchise Poet Anderson was inspired by a dream study conducted at Stanford University and spanned an award-winning short film, a chart-topping album, acclaimed comic book series, graphic novel and a YA science fiction novel co-written with NY Times Bestselling author Suzanne Young. Most recently he is working on Sekret Machines which spans both sci-fi fiction and nonfiction thesis informed by unprecedented access at the highest level of the government and science to uncover information about the UFO phenomenon with renowned authors AJ Hartley and Peter Levenda. His Sekret Machines work has won him the 2017 UFO Researcher of the Year award.

Suzanne Young is the New York Times bestselling author of The Program series. Originally from Utica, New York, Suzanne moved to Arizona to pursue her dream of not freezing to death. She is a novelist and an English teacher, but not always in that order. Suzanne is the author of THE PROGRAM, THE TREATMENT, THE REMEDY, and HOTEL RUBY.

Lawrence E
5.0 out of 5 stars Poet Anderson...a captivating exploration of dreams, nightmares and love!
Reviewed in the United Kingdom on 24 October 2015
Verified Purchase
Naturally the interest in the book for me came through following Tom's work with blink-182 and Angels and Airwaves for pretty much the last 15 years of my life. I've always admired Tom's work but his passion and vision to dwelve into other mediums outside his comfort zone is laudable.
Of Nightmares resonates with me on a nostalgic level through teenage love but also brings a powerful emphasis on our dreams and nightmares, whilst also exploring the pain in life of losing those you love.
Sure you can see the influences of a Harry Potter, Star Wars, Tron esque tale but I think that's another reason why this will capture the attention of a larger audience.
A worthy read and one that showcases Suzanne Young's versatile style as an author and a great effort for Tom's debut novel.
I would recommend watching the animated short and taking a look at the comic book series which opens up a little bit more around the Poet world.
There really is infinite possibilities with this story and with a feature film on the horizon, this may well be the origins of something special.
Read more
2 people found this helpful
Report abuse

Mr. D. Mason
5.0 out of 5 stars Love Poet Anderson!
Reviewed in the United Kingdom on 10 October 2016
Verified Purchase
Amazing! I love the comics, soundtrack, short animated movie and yes, the novel lived up to my expectations. Can't wait for the second one, hope the speculated feature length is on the horizon!

If you want to get into this, read the comics and watch the animation first. The comics are a prequel to the novel, the animation not really set in conjunction (from what I remember (it was a while ago now)).
Read more
Report abuse

Mr. Andrew Stewart Gordon
5.0 out of 5 stars Action packed.
Reviewed in the United Kingdom on 31 December 2015
Verified Purchase
Great first novel by former blink-182 frontman Tom DeLonge. Poet Anderson is Jonas, a conflicted teenager who struggles to survive while his brother is in a coma. He discovers a rich dream world where there's a menacing enemy set on destroying the real and dream world and also tried to protect an intriguing girl he has met in both realms... Full of raw emotion and cinematic action sequences - this book captivated me on every page.
Read more
Report abuse

Alex Squires
5.0 out of 5 stars Excellent
Reviewed in the United Kingdom on 27 May 2019
Verified Purchase
Excellent
Read more
Report abuse