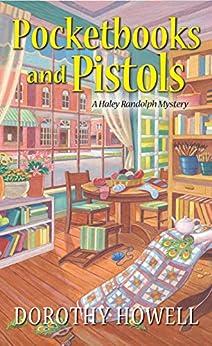 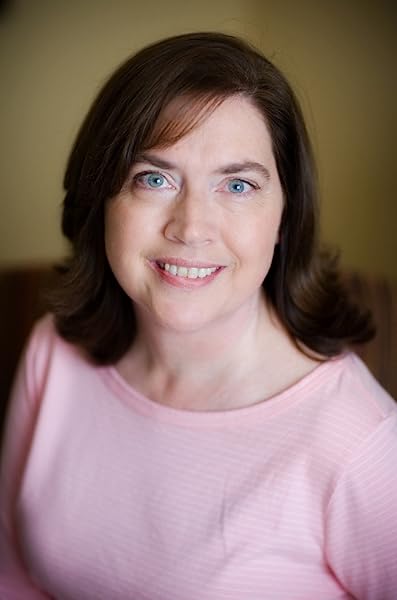 DOROTHY HOWELL was inspired to write her first Haley Randolph mystery, Handbags and Homicide, by her crazed obsession with designer purses. She lives in Southern California, where there is, thankfully, no rehab program for handbag addiction, and is hard at work on her next Haley Randolph mystery. Visit her website at DorothyHowellNovels.com. --This text refers to the mass_market edition.

Sharrie
5.0 out of 5 stars So good
Reviewed in Australia on 10 December 2016
Verified Purchase
I'm not sure if I actually like Haley, she is a tad shallow but she makes for a good story. I really lijed this book, but Haley seriously get your life together girl! Can't wait for the next one.....hopefully soon.
Read more
Helpful
Report abuse
See all reviews

reddragon
5.0 out of 5 stars A GREAT SERIES
Reviewed in the United Kingdom on 31 July 2018
Verified Purchase
I waited for the next one in this series to come out and it did not disappoint. Haley still hates her job at Holts but this time she finds a body at the back of the store and is in the sights of the Police for the crime. The usual cast of friends is
there and this book is probably one of the best.
Read more
Report abuse

Amazon Customer
3.0 out of 5 stars Time to change it up
Reviewed in Canada on 1 December 2016
Verified Purchase
I did enjoy it. But I am getting tired of Haley being so shallow. Wish we'd see more depth. Tired if every guy being in love with her. Hope the next book is not so formula.
Read more
Report abuse

Kez
5.0 out of 5 stars She's Back and on the Warpath!
Reviewed in the United States on 30 October 2016
Verified Purchase
Haley is back and not before time! I seriously love this series and I hope it continues for a long time yet! Haley's a busy girl these days; what with her event planning job at LA Affairs, shopping trips with her BFF Marcie and her "sort of" boyfriend, hot lawyer Liam. Once again our girl is on the hunt for the latest and greatest handbag, this time the "Mystique" clutch. Interfering with her quest however is a murder at her "other" job, Holts Department Store. Holts and the surrounding shopping centre suffer a major downturn in trading as a result and with job losses looming, everyone blames Haley. Naturally, she thinks that by solving the crime, everyone will ease up on her.

Despite her conflicting emotions about her love life - with hottie Liam wanting to take her away for a weekend, why can't she stop thinking about her former official boyfriend, Ty, or get very hot under the collar thanks to a few scorching moments with dreamy PI Jack - Haley once again uses common sense and her powers of deduction to get to the bottom of not only the murder, but also the reason behind her mother's rapid descent into the real world as well as figuring out where on earth her Mystique has gone.

Lots of fun and laughter but that ending? A serious "awwww" moment which I hope means things are on the mend between two people who are obviously very much in love.
Read more
One person found this helpful
Report abuse

Aussie
5.0 out of 5 stars How Many Mysteries & Hot Men can Haley Handle at Once?
Reviewed in the United States on 16 November 2016
Verified Purchase
How many mysteries can Haley handle at once - especially when one is a shocker involving her Mum? Read and find out! And how many hot men can she juggle at once? Let's see...there's three. There was four,but now he's her hot friend and has a girlfriend he's really happy with, but that still leaves Haley with 3 hot men. I know which one I'd be choosing! So what happens? Read and find out! Love this series - fun, the heroine isn't perfect (but she does reveal a thoughtful side now and again which is endearing). Watching for the next in the series.
Read more
Report abuse

Caryle Schober
5.0 out of 5 stars That's how I roll.
Reviewed in the United States on 19 July 2017
Verified Purchase
I love Haley Randolph and her outlook on life. I find myself saying "That's how I roll" and then realizing it's what Haley Randolph says... so I have adapted her into my life. Dorothy Howell is wonderfully gifted writer and I look forward to every one of her books. Please keep them coming.
Read more
Report abuse
See all reviews
Back to top
Get to Know Us
Make Money with Us
Let Us Help You
And don't forget:
© 1996-2021, Amazon.com, Inc. or its affiliates