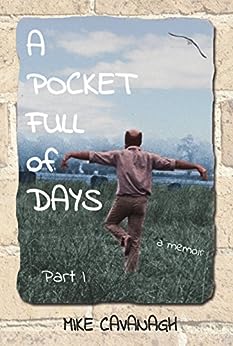 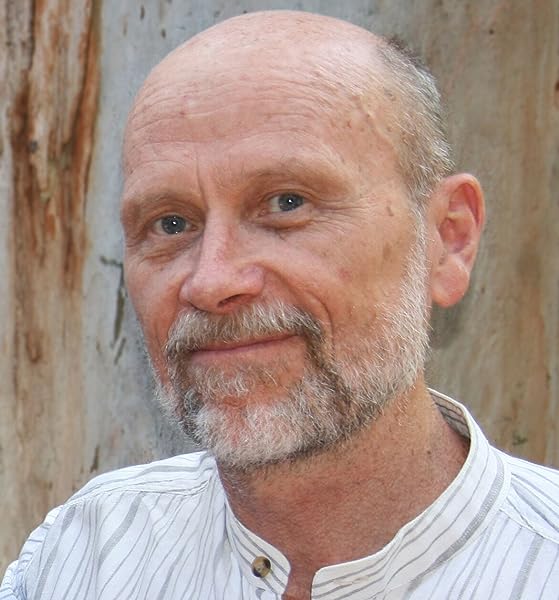 by Mike Cavanagh (Author) Format: Kindle Edition
See all formats and editions
Sorry, there was a problem loading this page. Try again.
When Mike begins a relationship with Jo, how could he guess that the next 25 years would be extraordinary? A pair of Hansel and Gretel misfits, their on and off relationship is a classic story of 'can't live with 'em, can't live without 'em'.
As Mike copes with Jo's fight to overcome her own demons, she must deal with his undiagnosed high-functioning autism.
This is a brutally honest account of how both light and darkness can shape our lives, and attempts to answer the question, 'Am I my brother/sister's keeper?'
Read more
Previous page
Next page

Mike Cavanagh is now in his sixties and has no idea how that happened. He lives with his wife, Julie, and two black cats in Bateman’s Bay, New South Wales, Australia. Three adult children, mostly left home, complete the extended menagerie. The house Mike and Julie live in is quirky and in need of regular maintenance, as are its owners. Mike writes poetry, plays guitar and composes music, is doing research on rock-wallabies, and spends far too much time playing computer role playing games. None of these very well, necessarily, but he does them. He thought he knew who he was until a diagnosis of Asperger’s Syndrome in his sixties gave him pause to rethink who he thought he was, and how he got here. Having no real idea how to proceed from there, he wrote a memoir. It was not the memoir he thought he was going to write. So he wrote another one, as you do. Ex-cellent!

Sandy
TOP 500 REVIEWER
5.0 out of 5 stars A roller coaster ride.
Reviewed in Australia on 24 August 2018
Verified Purchase
This is a roller coaster ride through the early part of Mike's life.
It is funny, sad, tragic and heart-warming all in the one book.
I thoroughly enjoyed it and am looking forward to the next edition.
Read more
Helpful
Report abuse

Trisha Hyde
5.0 out of 5 stars A Pocket Full of Days Part 1
Reviewed in Australia on 16 August 2018
Verified Purchase
Once again Mike Cavanagh, gives us an insight into his youthful self. Mike’s world, viewed through ASD lenses, can be funny, perplexing, horrific and just plain disorientating. Well worth reading.
Read more
Helpful
Report abuse

Julie Haigh
TOP 1000 REVIEWER
5.0 out of 5 stars Wonderful!
Reviewed in Australia on 2 August 2018
My goodness, what a story he has to tell! It had me in stitches one minute-and absolutely in bits the next. Just fabulous. It was a really good book. Amusing, then at times sad, and thought-provoking. It was so easy to get totally immersed in. Mike Cavanagh is a gifted storyteller who has a wonderful way with words.

Now, I haven't read 'One of its Legs is Both the Same'. As I was reading this book, I thought, will it matter? Can they be enjoyed either way around? Yes, of course! I thought it was great that the preface recaps some of the events in 'One of its Legs' for people who have not yet read it-or to refresh your memory.

There are quirky/funny chapter titles. You really have no idea what this is going to be about! And then they make perfect sense once you've read the relevant chapters. I really like his writing, it's fresh, fun, and different. It's like he's talking to you-"oh by the way" etc. The writing is very entertaining, brave and revealing. Good choices of words, well thought-out.

There's real energy to his writing. He could be a stand up comedian. I don’t mean this is all jokes-it’s just how he relates his stories in such a fun and interesting fashion, the timing is perfect. So natural-like he’s just reciting it spontaneously yet so polished too. Like a performance to me. There are some unusual stories and anecdotes, that little bit different.

This was not just quirky and amusing. It involves such deep emotions too. There are lighthearted fun stories at first so the harder period comes so unexpectedly. This turned into an amazing book with much more depth to it than first appeared. It was poignant and meaningful. He's not just a jokey chap. It was brutally honest and sometimes hard hitting. But it kept me gripped. Ups and downs of life, beautifully expressed on the page.

Later on in the book, I knew it absolutely didn't matter that I hadn't read 'Legs' first. In fact I think I might prefer to read them this way. Get to know Mike first-then get to know the reasons behind his personality. Being a musician, I loved the musical references-titles/lyrics/Italian musical terms, I really appreciated all these touches.
Read more
One person found this helpful
Helpful
Report abuse
See all reviews

Beth Haslam
5.0 out of 5 stars Brutally honest, funny, embarrassing, this book has it all!
Reviewed in the United Kingdom on 14 November 2018
Verified Purchase
As an established fan of Mike Cavanagh’s writing, I was keen to read his second memoir. I wasn’t disappointed, far from it. A Pocket Full of Days: Part 1 is an absolute treat.

In this book, the author takes us on a journey through his younger years as a hippie finding his own way through life. For him, it is as much a voyage of personal discovery as it is one about dealing with his relationships.

The book is disarmingly honest, sometimes brutally so as Mike shares his experiences, especially those concerning his unconventional relationship. At times I was shocked, I also laughed, but throughout I was touched by the fundamental kindness he conveys.

The author’s writing is occasionally complex and challenging, which I find particularly alluring when the reader is invited to join his world of personal musings. His descriptions are exquisite and vignettes, which include toe-curling disasters, played with my emotions. I winced with embarrassment at some and chuckled my head off at others.

Mike Cavanagh’s journey is only part complete, and I’m already looking forward to learning what happens in Part 2. I loved this book.
Read more
Report abuse

Laurie
5.0 out of 5 stars Loved it as much as the first book!
Reviewed in the United States on 17 January 2019
Verified Purchase
I dove right into Mike's second Memoir "A Pocket Full of Days". Having read the authors first memoir I was curious to see where he was heading with this second one. I Love Mike's writing and the flow with which he writes. "A Pocket Full of Days" gives us a glimpse into what Mike and Jo's life was like in the early years. I felt very sad at times at the dysfunction of their relationship and how hard Mike tried to make it work. I felt how strongly he cared for Jo, even at the cost of his own emotional well being. That being said, there were also many good times. Mike has many hilarious adventures at this time of his life. The camping trip with two other buddies into the Outback reminded me of a few of my camping trips back in the 70's. I'm ready for part 2, keep writing Mike!
Read more
Report abuse

Sadie
5.0 out of 5 stars Real Narrative
Reviewed in the United States on 15 August 2018
Verified Purchase
I find Mike's writing style clear and easy to follow. The cultural context is real and easy to empathize with. It's chock full of adventures and drama so it is so hard to put down. I am a voracious reader but not formally educated in dissecting literature so have to simply go with my gut feeling of loving it.
Read more
One person found this helpful
Report abuse
See all reviews
Back to top
Get to Know Us
Make Money with Us
Let Us Help You
And don't forget:
© 1996-2022, Amazon.com, Inc. or its affiliates