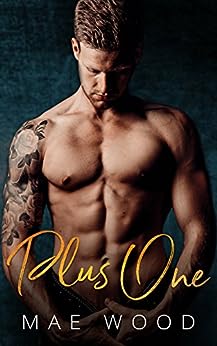 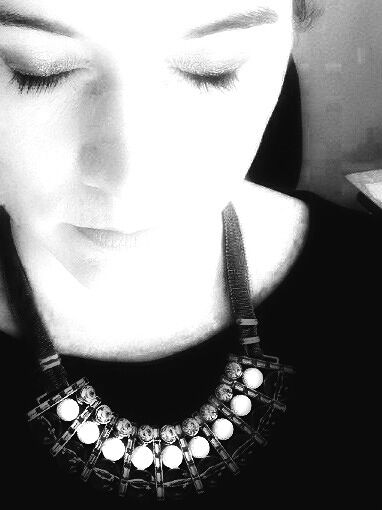 Plus One Kindle Edition

Mae Wood is a mommy, bookworm, and lawyer (in that order). A while ago Mae decided that she needed to give up the fear that she couldn't write "great literature" and write what she wants to read. And she wants romance. And laughter. She wants heroines who are brave. Brave enough to be themselves and brave enough to fall in love. She wants men who are strong and kind. Mae lives in the Southeastern United States and sets her books in hot and steamy Memphis, Tennessee. --This text refers to an out of print or unavailable edition of this title.

4.7 out of 5 stars
4.7 out of 5
147 global ratings
How are ratings calculated?
To calculate the overall star rating and percentage breakdown by star, we don’t use a simple average. Instead, our system considers things like how recent a review is and if the reviewer bought the item on Amazon. It also analyses reviews to verify trustworthiness.

Natalie26
2.0 out of 5 stars Bert and Drennan
Reviewed in Australia on 29 August 2021
Verified Purchase
I must say Bert was 10 out of 10, a very likeable character and very sexy tatts. Drennen was 10 out of 10 too with her quick wit. Not sure if it was the slang that was used or the food and wine talk but i kept losing what was going on and that let this book down for me. The first two chapters i was lost at what was going and it continued through out the book. Even the ending about Bert getting skin in the game. I think maybe they were talking if he married Drennen not sure but the whole book was like that. It had you seconding guess what the meaning was all about.
Read more
Helpful
Report abuse

Em Jay Reads
TOP 500 REVIEWER
5.0 out of 5 stars The story of the ‘Lickable Man’ and his ‘Wine Girl’ is an absolute treat!
Reviewed in Australia on 12 December 2018
Verified Purchase
I am reviewing PLUS ONE after a reread. I never reviewed it the first time around because [insert reason no one really cares about here] and since I love the book and have reread it, it’s time I do so.

My Mae Wood journey began with THIS TIME IS DIFFERENT, so I read the books in reverse order of publication. There are several significant cross-overs but the books stand on their own, so feel free to just dive in!

I love books that feature food and drink, and it’s a bonus that they feature heavily in this book. Yet what makes this a fantastic read are our diverse protagonists. Bert, a father and husband at a young age, finds his several-years-divorced self coming to grips with the knowledge his son is soon heading off to college and for the first time in decades, Bert Forsythe will be on his own and free. Drennan McCutcheon is temporarily working as a wine sales representative. She is spreading her wings and learning new skills before heading home to California to take up the mantle of co-owner of a vineyard. This was always the plan, but a family tragedy means that this needs to happen sooner than anyone wanted or anticipated. Individually, they both have interesting lives and backgrounds. I enjoyed the way Wood gave us ample internal dialogue to let us really get to know both Bert and Drennan.

Together, Bert, 39, and Drennan, 26, are marvelous. They have similar interests, the physical attraction between them is scorching, and they both agree theirs is a short term term relationship. Well, we all know how that’s going to go down in a romance novel, don’t we? I loved the way they never took their time together for granted, I sighed with delight at their happiness, I was sad and frustrated for them when life’s commitments got in their way, and I cheered when they worked to join their two lives.

This ‘Lickable Man’ and his ‘Wine Girl’ are people I wish I knew in real life. They and their story are an absolute treat! Highly recommended.

LH
TOP 500 REVIEWER
5.0 out of 5 stars Loved it!
Reviewed in Australia on 17 October 2017
Verified Purchase
Really enjoyed this book. Was the first book I've read from this author & will definitely be reading all the other titles.
Read more
Helpful
Report abuse

Cai Böhm
5.0 out of 5 stars You must read this book. Even if you haven’t read any of the other Pig & Barley books, you must read this book.
Reviewed in Australia on 7 February 2017
I have been eagerly awaiting this book since I finished Borrowing Trouble. I listed it as one of the books I wanted to read in 2017. And it’s here! When I finally sat down to read Plus One, I swore that I would read just the first chapter and then I would prepare for the house inspection. Of course I have no self-control and proceeded to read a chapter then do a bit of cleaning and that carried on for the entire day. I tried my hardest to stay up and finish it that night but my body betrayed me. The next morning though, I was finished and eager to share with the world.

This novel can be read as the third installment of the Pig & Barley series or it can be read as a standalone novel. In my honest opinion, this is Mae’s best book yet. Don’t be mistaken about the genre. It isn’t instant love. It isn’t about a woman giving up everything for the man she falls in love with. This book blows your expectations out of the water.

Plus One was hard to put down. The sex scenes were perfect, as is Mae’s style, they are just right. Not overboard, not underdone. It was realistic and sexy. Her characters have real growth and are adorable and relatable. I loved Drennan in particular. I didn’t think I could love one of Mae’s characters more than I loved Marisa, but I do. It is clear that Mae puts 150% into her characters.

I absolutely love that Marisa and Trip’s story was continued slightly in Plus One. It was exciting and added a level of familiarity to the story. I really felt as if I knew the characters on a personal level. I love the element of mystery that Mae adds to her books. Not a full-blown mystery but just that little something extra. In Plus One it is someone fraudulently labeling wine as Drennan’s family’s famous wine.

I am incredibly eager to read the next installment of Pig & Barley.

LJ Nelson
5.0 out of 5 stars 5 ‘Anything can happen if you let it’ stars!
Reviewed in the United Kingdom on 23 August 2017
Verified Purchase
Okay, let’s get the boring stuff out of the way. Yes, Plus One is part of a series. Yes, it can be read as a standalone – it’s what I did. Still with me?

Now for the good stuff.

Life is good for thirty-nine-year-old restaurateur Bert. It may not have turned out how he expected, but he regrets nothing. Following his divorce, he has followed a tried and tested recipe for ‘dating’, which has suited his commitment-phobe ways to a T. The ladies he’s dated, not so much *snorts*

Wine-rep Drennan McCutcheon is not all she appears to be. With her time in Memphis limited, and a burning attraction impossible to deny, maybe these two can find some inventive ways to pass the time *coughs*

The sexual tension and chemistry for these two was off the charts! One word: sizzling. If you can’t stand the heat, get out of the kitchen – wowzer!

I loved every morsel of this story. It’s more than an age gap love story. It’s about how life can throw us curveballs, and how we deal with them can make or break us. We may end up down a path we never envisioned, but it can be the making of us.

“Life isn’t meant to be rendered into long strings of syllables found only in thesauruses. Life is something to revel in. To live in. To savor.”

What starts as some fun quickly escalates as those pesky things called feelings become involved. Will they admit this is something more? If they do, how can they make it work with their lives and responsibilities being in different states?

If you’re like me, you’ll need to put up your DND sign as you devour this book to find out the outcome. I found myself holding my breath with trepidation for the last few chapters and kept my fingers crossed.

Some of my favourite moments in the story were the conversations between Bert, and his soon-to-be-off-to-college son, Grady. Awkward! And, don’t even get me started on the convos between Drennan and her cousin, McKenzie. I was shouting TMI, never mind poor Drennan.

Yeah, so as you can guess, I can’t recommend this book enough. I’m off to add the first two books in the series to my TBR list. While I’m doing that, you are going to one-click this one *winks*
Read more
Report abuse

Readsalot
5.0 out of 5 stars Bert + Drennan = sweet, sexy fun!
Reviewed in the United Kingdom on 7 February 2017
Verified Purchase
If you've read previous books in the Pig & Barley series, you'll know you're in for a charming time in Memphis, but seriously? Plus One is so much more than charm. It's sweet and sexy and all kinds of real. Bert is a sexy single dad and gorgeously portrayed; being in his headspace is so much fun. Drennan's cool girl exterior masks a girl we can all relate to and want to befriend.

Just do yourself a favour and grab this fab read today!
Read more
Report abuse

Reader
5.0 out of 5 stars Keeps you captured
Reviewed in the United Kingdom on 15 November 2020
Verified Purchase
This was the first book I had written by this author and I thoroughly enjoyed it. The story moved along at a steady pace and was very hard to put down. I certainly will be purchasing more and can highly recommend.
Read more
Report abuse

Rebecca
5.0 out of 5 stars Come for fun, fall in love.
Reviewed in the United Kingdom on 18 February 2017
Verified Purchase
If you've read Mae Woods other books you'll know you're in for a fun time but just like Bert & Drennan you'll find yourself falling in love.
Once again Mae writes 'real' characters who have ordinary lives and problems that we can all relate to whilst being swept up in a charming romance with added lickable men.
Read more
Report abuse

Amazon Customer
5.0 out of 5 stars Love love love
Reviewed in the United Kingdom on 18 February 2017
Verified Purchase
Another knock out read by Mrs Mae Wood, I can not wait for more. Always such well written, funny, sexy characters!!
Read more
Report abuse
See all reviews
Back to top
Get to Know Us
Make Money with Us
Let Us Help You
And don't forget:
© 1996-2021, Amazon.com, Inc. or its affiliates