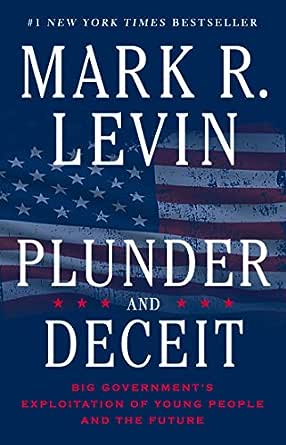 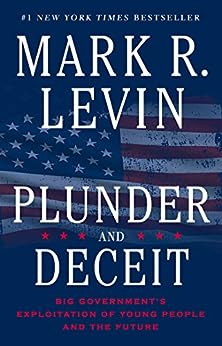 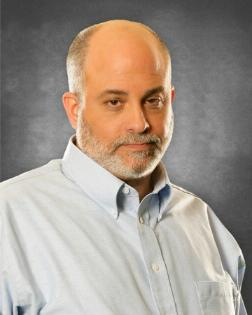 "Every American adult should buy or borrow a copy of Plunder and Deceit for a young person they know. Our mission as Americans must be to educate, inspire, and engage; with Levin's latest masterwork, we have every tool we need to help the next generation succeed. We must not delay." --Doug Ross

"Levin's book is precisely what the nation needs to force a public discussion of these issues and to keep statists' hands off the remote...it honestly amazes me how, in a relatively short book, he can present power-packed information on all these critical issues as thoroughly as the densest textbook yet in a style as readable and riveting as any best-selling novel."--David Limbaugh, NYT bestselling author of Jesus on Trial

"Everything that has made Mark Levin one of the conservative movement's most influential voices is there in his new book Plunder and Deceit. There's championship-level rhetoric, Mr. Levin's trademark unapologetic zeal, as well as his relentless flood of facts and data...Plunder and Deceit is more than a book. It's a manifesto. The likes of which you'd expect to be written by an Old Testament prophet pleading with the emerging generation to return to the righteous path their ancestors strayed from....Mr. Levin has authored a Rosetta Stone for a true conservative to win back the White House in 2016."--The Washington Times

"A clarion call to young people...arresting...Mark Levin has hope because the liberty activists he seeks to inspire will be on the side of the angels. And he has made certain that they will be armed with the facts."--Andrew McCarthy, NYT bestselling author of The Grand Jihad

"Mark Levin writes beautifully, and he writes about important things...Plunder and Deceit is an excellent, engaging, engrossing survey of the damage done by Permanent Washington and its incompetent, self-serving denizens...a bracing meditation."
--National Review

"[Levin] hits nearly every bit of stale, media-perpetuated conventional wisdom in his neatly-organized chapters, with an eye toward proving how all of these widely-accepted falsehoods fit together into single unified deception...His crisp, well-documented, beautifully-written book offers a grim diagnosis followed by an inspiring conclusion. It's not a fatalistic work - it's a call to arms for a difficult battle." --Breitbart.com

"Mark Levin has done it again...a frightening look into exactly what today's thoughtless and greedy ruling generation of Americans are leaving behind for the next generation -- their own children."--The American Spectator

"Once again Mark Levin, the constitutional scholar and radio talk show host, has written an important book that should be in the library of every thoughtful conservative...lucidly presented and meticulously documented...Be prepared to be uncomfortable, outraged, and motivated, if you buy this book, as I heartily recommend." --American Thinker

"This book is required reading for any parent with college-age children...crisp and compelling."--Conservative Review

"In his elegant and moving new book, Plunder and Deceit, Levin takes his message to the next generation."--Ben Shapiro, NYT bestselling author of The People vs Barack Obama --This text refers to an alternate kindle_edition edition.

Mark R. Levin, nationally syndicated talk-radio host, host of LevinTV, chairman of Landmark Legal Foundation, and the host of the FOX News show Life, Liberty, & Levin, is the author of six consecutive #1 New York Times bestsellers: Liberty and Tyranny, Plunder and Deceit, Rediscovering Americanism, Ameritopia, The Liberty Amendments, and Unfreedom of the Press. Liberty and Tyranny spent three months at #1 and sold more than 1.5 million copies. His books Men in Black and Rescuing Sprite were also New York Times bestsellers. Levin is an inductee of the National Radio Hall of Fame and was a top adviser to several members of President Ronald Reagan's cabinet. He holds a BA from Temple University and a JD from Temple University Law School. --This text refers to the audioCD edition.

4.8 out of 5 stars
4.8 out of 5
2,313 global ratings
How are ratings calculated?
To calculate the overall star rating and percentage breakdown by star, we don’t use a simple average. Instead, our system considers things like how recent a review is and if the reviewer bought the item on Amazon. It also analyses reviews to verify trustworthiness.

Mark Reid
5.0 out of 5 stars He's not call the great one for nothing!
Reviewed in Canada on 29 August 2015
Verified Purchase
Words truly can't express how important this book is. That's why you will have to read it to understand! Mark is a brilliant mind who knows how to address the important issues at hand. He tells the truth and backs it up with facts and statistics. He has done all the work here to give everyday people the facts to argue the left's non sensical positions. Thanks you Mark!
Read more
Report abuse

Norbert Haag
5.0 out of 5 stars A Great Book, Must Read
Reviewed in Germany on 2 September 2015
Verified Purchase
Levin has done it again. A no nonsense account of the state of the nation. But not only that. A book filled with facts and remedies for reclaiming liberty and freedom from an overarching government and crony capitalism.

John Reid
5.0 out of 5 stars The Fabulous Mark Levin
Reviewed in Canada on 22 August 2015
Verified Purchase
Mark has put his heart into writing this book and for that matter all of his books. He is my 'go to' source for information on the constitution. I cannot thank him enough for what he does to teach us and try to bring sense to this world.
Read more
Report abuse

valentin
5.0 out of 5 stars beyond any expectation. thank you mr. Levine. ...
Reviewed in Canada on 16 May 2017
Verified Purchase
beyond any expectation.thank you mr. Levine..
Read more
Report abuse
See all reviews
Get FREE delivery with Amazon Prime
Prime members enjoy FREE Delivery and exclusive access to movies, TV shows, music, Kindle e-books, Twitch Prime, and more.
> Get Started
Back to top
Get to Know Us
Make Money with Us
Let Us Help You
And don't forget:
© 1996-2020, Amazon.com, Inc. or its affiliates