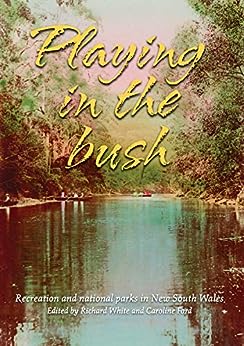 ' ... its evocative subject matter sent me off into reveries about my own experiences of campfires, romantic moments in sylvan glens and challenging canoe excursions, and then to the internet to investigate possibilities for future park visits. It will capture the imagination of the broad audience for which it is intended.' -- Nancy Cushing -- Journal of Australian Studies

'appealing series of essays considers ways in which national parks in New South Wales (NSW) have been managed and used for recreational leisure for 130 years ... a notable achievement by a group of young scholars.' -- Melanie Hall -- Journal of Tourism History

'One of the most satisfying aspects of the book, and one of its key contributions, is the way it so successfully illustrates the value of a historical perspective for deepening understanding of many current debates about the appropriate uses of national parks, and the range of management challenges that result.' -- Lee Davidson -- Australian Historical Studies

' ... very relevant for people who are interested in park management but it also has broader appeal because of the diversity of its subject matter.' -- Rachel Fitzhardinge -- Nature New South Wales --This text refers to the tankobon_hardcover edition.

Richard White is an honorary associate professor of history at the University of Sydney. He retired in 2013.
Caroline Ford is a cultural heritage researcher with the Office of Environment and Heritage (New South Wales).

--This text refers to the tankobon_hardcover edition.