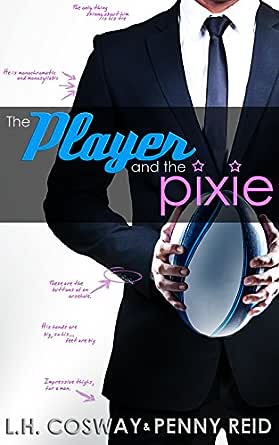 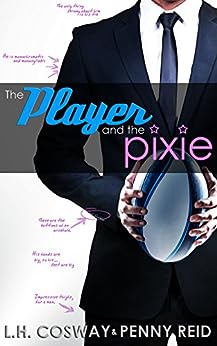 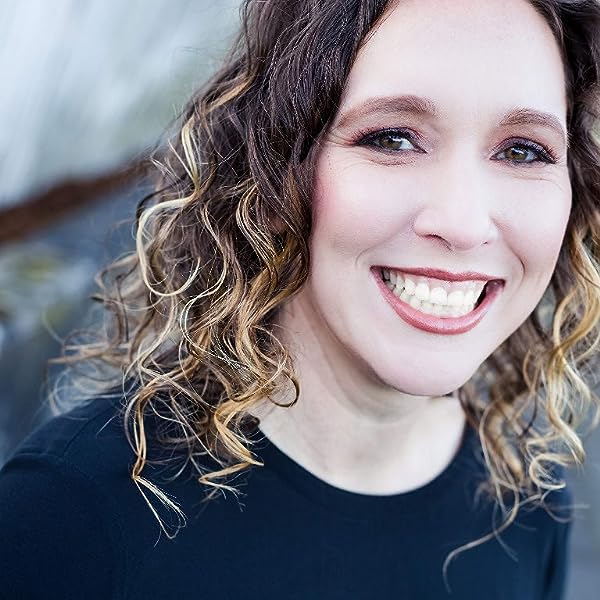 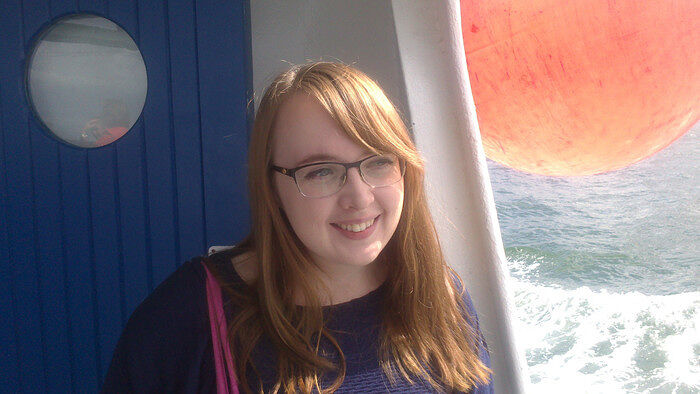 4.4 out of 5 stars
4.4 out of 5
686 global ratings
How are ratings calculated?
To calculate the overall star rating and percentage breakdown by star, we don’t use a simple average. Instead, our system considers things like how recent a review is and if the reviewer bought the item on Amazon. It also analyses reviews to verify trustworthiness.

Blanca
4.0 out of 5 stars Book 2 in the Rugby series - well worth the time and money
Reviewed in Australia on 27 April 2016
Verified Purchase
I'm very familiar with L.H. Cosway and Penny Reid's novels, as I've read many/most of them. I enjoyed the first novel in the series, so I was curious to see how this one was going to pan out, while being a bit apprehensive that I was going to be disappointed. I am happy to report I didn't roll my eyes once.

The characters were well drawn and interesting. I may even start looking at rugby players differently, as in they're more than just muscled brutes. ;-) Generalising here, but, what can I say, I'm not into sportsmen.

This book was a bit surprising in that the macho, 6'8" rugby player wasn't very skilled in the sack. I don't remember ever reading that scenario where the guy wasn't beyond amazing when it came to the horizontal play. I guess we don't read romance books for their realistic portrayal of men and women, or relationships, or life in general.

The writing is fluid and well paced, and there was no dialogue that made me cringe, so I didn't mind the first person, alternate POVs one bit.

Good job, L.H. Cosway and Penny Reid. I couldn't tell who wrote what parts, so that means it was another successful, smooth collaboration.
Read more
One person found this helpful
Helpful
Report abuse

Kstar
4.0 out of 5 stars I loved it
Reviewed in Australia on 5 December 2020
Verified Purchase
Funny, heat pounding and tense at times, with just enough drama. I enjoyed this book a lot. Very sexy where it needed to be and cheeky enough to make you smile.
Read more
Helpful
Report abuse

Barbra Lazzarini
5.0 out of 5 stars Very cheeky 😘😘😘
Reviewed in Australia on 12 December 2018
Verified Purchase
These two were going to have to work hard to brake down these walls they had built around there heart .. THANK GOD they didn't give up and found their happy place .. with each other .. perfect .. loved it ..💕💞💕
Read more
Helpful
Report abuse

Sita R.
5.0 out of 5 stars The Authors obviously did a Vulcan Mind-Meld and became one!!!
Reviewed in Australia on 12 April 2016
Verified Purchase
This book came together seamlessly. It didn't feel like two different authors telling the same story, it was just a great story. A very sweet, funny, easy-to-read story.

I think Penny and L.H. make the perfect team, they complement each other very well and they also seemed to adapt their styles to make one, coherent story which as a reader I'm grateful for. If it was too different, too trying to be stubborn and loyal to just their own styles it would ruin the whole flow of this book and damage the wonderful characters they've created. Luckily that didn't happen.

Their characters are flawed, funny, sexy, and very likeable (even when they're not being likeable). I want to be their friends, ALL their friends!!! And I can't wait to read more . . .
Read more
Helpful
Report abuse

Journeying Soul
TOP 1000 REVIEWER
4.0 out of 5 stars Lovely!
Reviewed in Australia on 15 April 2016
Verified Purchase
What a delightful story. Lucy is wonderful, I love her. Sean grows on you. Lucy and Sean together is just right.

This story though wasn't as humorous as those I am accustomed to coming from the mind of Penny Reid. However, a good read nonetheless.
Read more
Helpful
Report abuse

Indicami
4.0 out of 5 stars I devoured it
Reviewed in Australia on 8 September 2016
Verified Purchase
I enjoyed the book. Not as much as the first one, but still an enjoyable read. I liked Sean and how his character grew. And my answer is yes , I would certainly date him.
Read it, you'll like it
Read more
Helpful
Report abuse

Tina Wilson
5.0 out of 5 stars Mismatch Made in Heaven
Reviewed in Australia on 25 May 2016
Verified Purchase
Loving this series. Love the fact that it's about real men and they fall for real women. Can't wait for next installment.
Read more
Helpful
Report abuse

Micky - bookphenomena
4.0 out of 5 stars hilarious and fun
Reviewed in the United Kingdom on 28 August 2020
Verified Purchase
It is a true challenge to follow up on the excellence that was The Hooker and the Hermit. Book one delivered perfection in the form of humour, romance and heat. The loose formula for book two follows this pattern.

What I was intrigued by was how on earth Reid and Cosway could portray Sean Cassidy as anything but vile and to think of him as likeable seems a stretch at first glance. I know a hero isn't always likeable but some redeeming factors are needed to engage with a lead character in a romance. I am pleased to report that Sean Cassidy did not have a personality change, yet I was able to dig deeper into who Sean was, why he riled Ronan and how Lucy, Ronan's sister could possibly see him as suitable boyfriend/bed-fellow material.

Lucy was true to her rainbow self, bright, intelligent but kind and giving. You just can't resist liking Lucy; she engaged me from page one. There is a storyline running through this book, between Lucy and Sean that is quite brilliant, fresh and funny.

As with Hooker and Hermit, the writing between the two authors is seamless. You cannot tell where one author begins and the other ends. I would say that this book didn't hit quite as many humour buttons as book one, but it had more poignancy in the characters and their situations. It started a little slow for me but quickly picked up pace and I thoroughly enjoyed what these two favourite authors of mine can do when they get together. Keep them coming!
Read more
One person found this helpful
Report abuse

ORed
4.0 out of 5 stars Hot and so so fun!
Reviewed in the United Kingdom on 30 December 2017
Verified Purchase
Main characters: Lucy Fitzpatrick (the pixie with a peculiar compulsion), Sean Cassidy (the player with his own problems).

Plot: Lucy Fitzpatrick has a very famous brother. It could be said that she’s overshadowed by him. Her mother dotes on him and criticises her constantly. Despite the situation, she loves her brother Ronan as he is the only person in her life she can rely on. That’s why when she bumps into Sean Cassidy, Ronan’s arch-nemesis, she tries not to be intrigued by him. She tries not to see beyond his nasty veneer and definitely doesn’t want to be his friend. Nope, absolutely not.

When Sean witnesses Lucy’s compulsive (and very illegal) behaviour in public, he promises not to tell anyone if she has lunch with him. What’s a girl to do? The last thing she expects is to have fun with him. She spots a troubled, yet kindred spirit underneath the surface and finds herself unable to hate him. Sean Cassidy is trouble.

Sean Cassidy hates Ronan Fitzpatrick and would do anything to get one over on him. When he first meets Lucy, he expects her to be exactly like him, but she’s not. Despite the multi-coloured hair and free-spirit attitude, Lucy is a soul in distress. When their friendship spills over into mutual attraction, Sean fears he’ll have to admit his own personal issues in the bedroom. Maybe they can help each other with their respective problems…and if it pisses off Ronan in the meantime, so much the better.

Why you should read it: God I loved this book so damn much. It’s a short read (or maybe it seemed short because I inhaled it!) filled with great dialogue, quite complex issues for the main characters and the premise was so damn hot. I never thought I’d enjoy a story about a hero with difficulties in the bedroom, but gah! It was so incredibly hot. Lucy ‘teaching’ Sean was so toe-curlingly sexy, that I could not put the book down. I loved the humanness of the characters and the lack of unrealistic drama.

What you might not like: Not much – for me it was spot on. Sean was sweet, lost and defensive at times. Lucy was struggling to do the right thing and going against her own better judgment. Sometimes this gets overplayed in books, but it wasn’t the case here. Did I mention how much I freakin’ loved this book?

Rating: 4/5 for a thoroughly satisfying, sexy, funny read. It was adorable and L.H. Cosway and Penny Reid write so well together. I will definitely read The Hooker and the Hermit (book 1).
Read more
One person found this helpful
Report abuse

Yogibearandbellaboo
5.0 out of 5 stars All the good feels for this
Reviewed in the United Kingdom on 31 August 2020
Verified Purchase
When one of my favourite writers in the world teams up with another one of my favourite writers in the world, well I'm not going to say no.
This is book 2 of the rugby series and could be read on it's own, but I recommend you read book 1 first.
Lucy is drawn to Sean who plays rugby for Ireland and Sean is drawn to Lucy. Unfortunately Lucy's big brother Ronan also plays rugby for Ireland as the captain no less, and he hates Sean's guts. The feeling is mutual.
As Lucy finds herself falling deeply, she is torn between loving Sean and being loyal to her brother.
Both Lucy and Sean have some personal issues but it is these that really bring them together.
I really felt for the characters in this book and the storyline weaves it way through the various relationships perfectly.
Read more
Report abuse

I
3.0 out of 5 stars Almost Really Good
Reviewed in the United Kingdom on 27 August 2020
Verified Purchase
Lucy is Ronan's sister and Ronan and Sean, although team mates, loathe each other.
Lucy has an unfortunate compulsion which if revealed would embarrass her brother as well as getting her in trouble with the law. Sean a good looking and successful rugby player also has problems, firstly he is obnoxious and secondly he is rubbish in bed, the first may not be unusual in a romance but the second is.
The idea and people are unusually interesting but the whole thing dragged on and there were a number of loose ends ignored.
Read more
Report abuse

Lizziebe
5.0 out of 5 stars Love it.
Reviewed in the United Kingdom on 3 February 2021
Verified Purchase
I love this book, it's about two misunderstood people who have issues and find something in each other. Ronan and Annie make a few appearances which is fantastic and although the series is based on a rugby team it isn't a sports romance, it is mentioned but doesn't feature heavily. Very funny and quite touching.
I love how Sean isn't liked in book 1 and even in this story but I loved him. What's adorable is he doesn't appear to care.
Read more
Report abuse
See all reviews
Back to top
Get to Know Us
Make Money with Us
Let Us Help You
And don't forget:
© 1996-2021, Amazon.com, Inc. or its affiliates