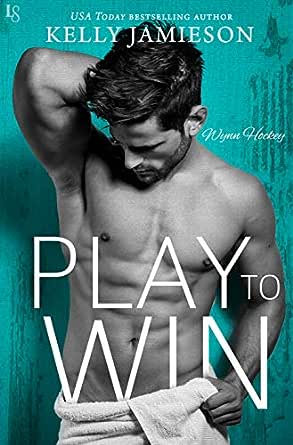 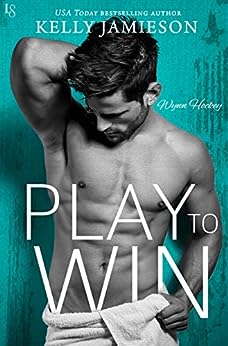 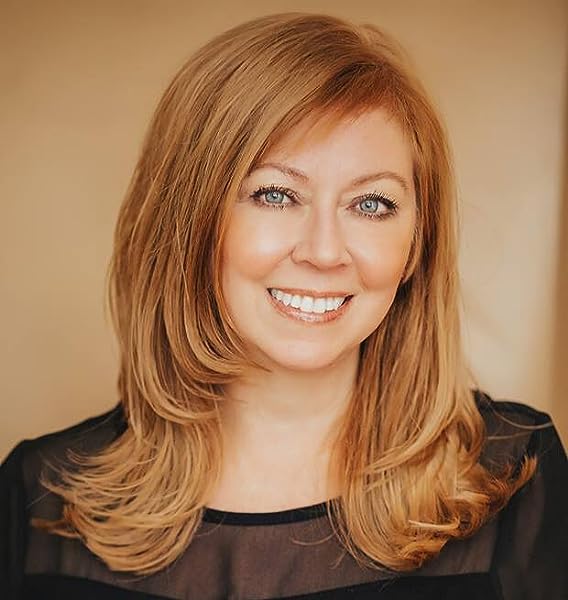 4.6 out of 5 stars
4.6 out of 5
52 global ratings
How are ratings calculated?
To calculate the overall star rating and percentage breakdown by star, we don’t use a simple average. Instead, our system considers things like how recent a review is and if the reviewer bought the item on Amazon. It also analyses reviews to verify trustworthiness.

sharon jones
TOP 500 REVIEWER
5.0 out of 5 stars Theo & Lacey
Reviewed in Australia on 20 March 2019
Kelly Jamieson and hockey romance novels just go hand in hand together. Every time I read one of her novels, I just know I am going to love it and can't wait for the next one.
Play To Win is the first book in a new series - Wynn Hockey. I must admit I was confused at the start as to who was who. This family is just so big, and even though at the start Kelly does list all the family members and where they fall in the family tree, it did take me a while to get it together.
One thing though about this being a huge family - I predict there will be many, many books. Yay!!!
Theo and Lacey's story is a trope that has been used time and again. There were times I guess I knew what was going to happen next, but needless to say, I enjoyed every word of Kelly's version.
I voluntarily reviewed an advanced readers copy of this book.

D Edwards
5.0 out of 5 stars Great book
Reviewed in the United Kingdom on 23 April 2019
Verified Purchase
Loved this book I’m a big hockey romance fan and have read most of Kelly’s books so I was really looking forward to reading this book and it didn’t disappoint me it had a great storyline with Witt and humour . I can’t wait to read the rest of the series .
Read more
Report abuse

Romance Schmomance
4.0 out of 5 stars Wynn family for the... Win ;-)
Reviewed in the United States on 11 July 2019
Verified Purchase
What a gem this one turned out to be! Lacey and Théo are complete opposites, but complement each other so well. I can't say that I've read about a man that had such a structured life and so OCD, but I sure did love how Lacey would constantly push his buttons.

I truly enjoyed their story, a lot of the writing felt kind of choppy and bouncing around from here to there. But it didn't pull me away from the story at all. There were some moments that each Théo and Lacey would have that just seemed out of character. I think things could have been developed or cleaned up a bit more.

I'm a sucker for family dynamics and the Wynn family has baggage for days! I would just love to be a fly on the wall at their family gatherings, it seems like it would be a swell ole time. There's so much hostility going around and I feel like most is a huge misunderstanding. Alot of he said, she said going on with this family.

I loved that Lacey is kind of an olive branch in the Wynn family. I was intrigued with her observations about everyone, and it left me eager to know what everyone's drama truly was. I have so many questions about the Wynn family!

AND that ending, color me all sorts of intrigued, which I hope we get a continuation of in book 2!

Heather F.
5.0 out of 5 stars Great start to this series!
Reviewed in the United States on 19 March 2019
Verified Purchase
**I voluntarily read an early copy of this title courtesy of NetGalley and the publisher in exchange for an honest review**

Play to Win is the first book in Kelly Jamieson's new Wynn Hockey series and a great start it is! I can already tell this is going to be one heck of a series based on the family dynamics between all of the Wynn family members! They are an intriguing bunch for sure and watching it all unfold is going to be a treat!

Theo Wynn wishes he was still playing hockey, but an injury forced him into the front office, which he loves as well. He's a numbers geek and he loves his charts and figures. He's a very regimented guy who is a workaholic, likes order and he doesn't like to deviate from plans once he's got them set.

Lacey Olson is doing the best she can in life. She's lost her mother to cancer, her twin brother is in so deep with a gambling addiction that it's starting to affect Lacey's life as well and all she wants to do is help him. She's independent, but loves to have a good time, yet she doesn't have time for much fun or a love life due to all of the hours she's trying to put in with her jobs.

When Theo meets Lacey and realizes she's in trouble, all he wants to do is help. What he doesn't realize is this woman has the power to turn his entire world on its head. When he suggests a quickie marriage that will benefit them both, little does he realize that this temporary arrangement might be the best thing that's ever happened to him. Will he be able to step out of the office and realize that maybe work isn't the be all, end all?

I really liked the start to this series. The characters were great and there are some seriously complicated family dynamics! I can't wait to see what happens as this series rolls along because it has the makings of some really entertaining books! Kudos to Kelly Jamieson for another stellar hockey book!
Read more
One person found this helpful
Report abuse

Tpagirl Loves Romance
5.0 out of 5 stars Perfect start to the series! Love the crazy family!
Reviewed in the United States on 20 May 2020
Verified Purchase
Play to Win was the first book in the Wynn Hockey series by Kelly Jamieson.

Theo Wynn was our first. He was a former NHL player who got derailed due to an injury, but he always loved the analytics of it anyway, so he rebuilt his career and now he had the opportunity he was working towards, to be a GM. And now he had it. For his grandfather’s team. Who was being sued by Theo’s father (yup, the son was suing the father). On his last night in Vegas as an Assistant GM, he met Lacey. And next thing he knew, he was starting a new job...with a new wife.

Lacey was born and raised in Vegas. Her mother died when she was young and it was just Lacey and her twin brother, who unfortunately brought trouble to her door, until a sexy stranger offered her a temporary out.

And then the story began. No spoilers since most of that was in the book description. Jamieson then took us through the details of the new relationship, the new job, the new town, and the crazy family! It was well written and well developed with depth and complexity.

I also loved the analytical hockey perspective. I love hockey so the games and team building within a book are awesome, but the author’s back office perspective on hockey was intriguing and kept me turning the pages quickly.

All in all, it was a quick and fun read with great characters and the perfect introduction to the series. JT, Theo’s brother, is up next in In It To Win it and I can’t wait!
Read more
Report abuse

Book Lover 1967
5.0 out of 5 stars Hockey romance with all the feels!!
Reviewed in the United States on 8 January 2021
Verified Purchase
If you haven’t read a Kelly Jamieson book yet, you need to & you will be hooked!! This is the first book in the Wynn family hockey series featuring Theo Wynn & Lacey. Theo played professional hockey until he was injured & got a job as an assistant GM for hockey team in Vegas. He left Vegas to take GM job for his grandfather’s NHL team, the Condors. He meets Lacey his last night in Vegas & they end of married and that’s how the story begins. Theo needs to prove himself to his family (all past or present hockey players & grandfather, Bob Wynn is hockey legend) & the Condors that he can do this job, while in midst of a family feud going on. While Lacey needs to escape Vegas to get away from her gambling addicted brother & the thugs after him. It’s a funny, emotional sports book with all the feels & wonderful characters (all with their own flaws & insecurities). You won’t want to put the book down!! I highly recommend this book & author!!
Read more
Report abuse
See all reviews
Get FREE delivery with Amazon Prime
Prime members enjoy FREE Delivery and exclusive access to movies, TV shows, music, Kindle e-books, Twitch Prime, and more.
> Get Started
Back to top
Get to Know Us
Make Money with Us
Let Us Help You
And don't forget:
© 1996-2020, Amazon.com, Inc. or its affiliates