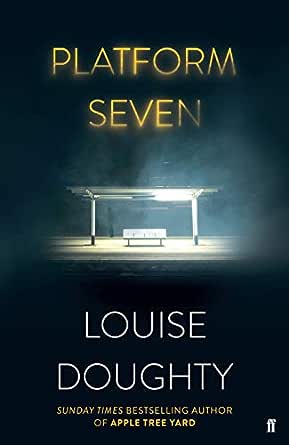 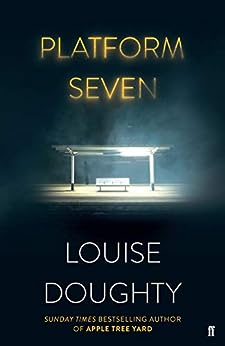 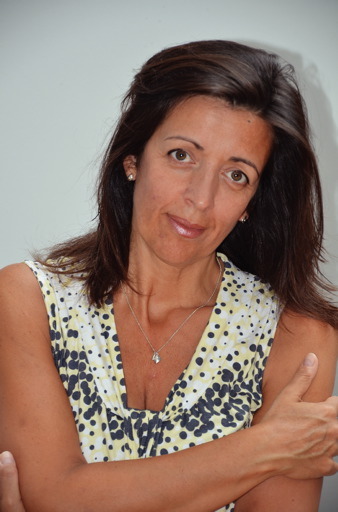 'Utterly mesmerizing, with the pace of a thriller and a sense of profound mystery in the most ordinary of settings. I was hooked from its start to its nerve-racking, surprising finish' Deborah Moggach

Platform Seven at 4am: Peterborough Railway Station is deserted. The man crossing the covered walkway on this freezing November morning is confident he's alone. As he sits on the metal bench at the far end of the platform it is clear his choice is strategic - he's as far away from the night staff as he can get.

What the man doesn't realise is that he has company. Lisa Evans knows what he has decided. She knows what he is about to do as she tries and fails to stop him walking to the platform edge.

No one is more desperate to understand what connects them than Lisa Evans herself. After all, she was the first of the two to die.

Louise Doughty is the author of eight novels, most recently Black Water, which was published in 2016 to critical acclaim in the UK and US, where it was nominated as one of the New York Times Notable Books of the Year. Her previous book was the Top Ten bestseller Apple Tree Yard, adapted for BBC One as a four-part series starring Emily Watson. She is a critic and cultural commentator for UK and international newspapers and broadcasts regularly for the BBC. She lives in London.

Jess Williams
TOP 1000 REVIEWER
5.0 out of 5 stars Captivating
11 January 2020
Format: Kindle EditionVerified Purchase
This was a great book. Doughtys' ability to communicate the connection between characters and the layers of relationships is amazing. The story was woven well, with some interesting twists and revelations. The ending was satisfying and leaves you thinking about not just the characters, but the bigger messages from the book too. My other favourite of this author is Apple Tree Yard, and while I have read a couple of others and wasn't too fussed about them, I am very glad I tried this one.
Read more
Helpful
Comment Report abuse

Jenny B from Echuca
TOP 1000 REVIEWER
5.0 out of 5 stars Delighted to have found this thriller author!
19 September 2019
Format: Kindle EditionVerified Purchase
Top quality writing by Louisa Doughty. Have only read one of hers before and she is into my favourites list already. Her novels start out a little slow, but quickly move along. Highly recommended to everyone!..............
Read more
Helpful
Comment Report abuse

deb in Oz
1.0 out of 5 stars Help!
17 January 2020
Format: Kindle EditionVerified Purchase
Love this authors use of language - but could not follow that story, still a mystery to me!
Read more
Helpful
Comment Report abuse

Brian Clewly Johnson
5.0 out of 5 stars Beware of psychopathic boyfriends!
5 September 2019 - Published on Amazon.com
Format: Kindle EditionVerified Purchase
I loved this book, although it took me a few minutes to get past the premise (small spoiler) that the speaker was a ghost. But Ms. Doughty is such an accomplished writer that i persisted. I asked a woman friend ‘what would you do, if on a first date, a guy asked you ‘who’s texting you?’ She said she’d tell him to mind his own business. But our heroine doesn’t do that. She indulges his possessiveness. And that’s the brilliance of the writing: this is what an infatuated woman (or man) sometimes will do. The domestic scenes/rows are brilliantly crafted. As are the descriptions of a railway station at night. I could have done without the detours into the lives of some of the railway staff. As soon as we moved away from the doomed lovers, for me, momentum flagged. Otherwise: highly recommended.
Read more
5 people found this helpful

AMP78
3.0 out of 5 stars Nothing happens....
16 November 2019 - Published on Amazon.com
Format: Kindle EditionVerified Purchase
The story is well written but ends without anything ever actually happening. Each character's story is wrapped up with a bow but nothing ever really concludes for the main character.
Read more
2 people found this helpful

Tami B.
5.0 out of 5 stars Nice read.
26 December 2019 - Published on Amazon.com
Verified Purchase
His book kept me wondering until the end. I enjoyed reading this because of he characters in the book.
.

Patricia
5.0 out of 5 stars Great writing
6 January 2020 - Published on Amazon.com
Verified Purchase
The book was bought for my husband and he is loving it!!
Read more

switterbug/Betsey Van Horn
3.0 out of 5 stars A ghost remembers her life
1 November 2019 - Published on Amazon.com
Format: Kindle Edition
Louise Doughty’s literary crime thriller, Apple Tree Yard, kept me on the edge of my seat. The narrator/protagonist was successful in her professional life--persuasive, subtle, and empathetic. The reader could not be sure until the very end whether she was a reliable narrator, which added juice. In her latest foray, PLATFORM SEVEN, the narrator is an early 30s teacher—and she’s dead. She’s a ghost. A bit derivative or possibly gimmicky at first glance, but the author convinced me that the ghost character had a purpose, a mission. It was imperative for her to not only resolve questions about her untimely death, which happened here where she’s stuck--platform seven in Peterborough Railway Station (about 75 miles from London), but to examine her short life. For the first time, Lisa is taking charge of events that led to her demise. In death, she is growing up.

As the novel opens, Lisa witnesses a suicide on platform seven. It disturbs her greatly, and she promptly begins her own detective work on who and why. It also stretches the imagination at times when she stumbles on canny coincidences and connections. Moreover, she starts to fall for a guy who of course can’t see or hear her, but he captivates her attention because he appears to be a possible next suicide. During this time, the reader is speculating how Lisa died. Over the course of the novel, she takes us into her troubling past and her complex and periodically painful bond with her parents. A large chunk of the story also concerns her domestic partnership with her lover, a doctor who is both manipulative and emotionally abusive.

Doughty created a strong voice, and assured prose, which kept me reading until the end. However, I did have several problems with the story. It trotted in some conventional tropes, which she attempted to thicken with her empathy for some outcast characters, usually those who were employed at the station. At times it was too sentimental for my tastes, and it dragged in the middle. Towards the end, it dipped into sheer YA reading and some cheesiness, which never occurred in APPLE TREE YARD. In Lisa’s quest to identify and empathize with her characters, she inadvertently (to me) came close to patronizing them.

The author widened her scope to be all-inclusive with these secondary character stories; some of the offshoots worked for me, but others seemed a bit strained, such as the station boss in a band that hid his purchase of a ukulele from his long-suffering wife. Doughty’s novel explored the moments of joy, pain and isolation that connect people; even loneliness is shared by everyone. Her talent for subtlety enriched the narrative, but intermittently she was too pointed. And her relationship with her boyfriend made me want to pull out my hair or throw the book across the room. As I closed the pages, I felt the tenderness evoked in the pages, but it was too corny to be a memorable read.

Read more
2 people found this helpful
Go to Amazon.com to see all 6 reviews 4.3 out of 5 stars
Get FREE delivery with Amazon Prime
Prime members enjoy FREE Delivery and exclusive access to movies, TV shows, music, Kindle e-books, Twitch Prime, and more.
> Get Started
Back to top
Get to Know Us
Make Money with Us
Let Us Help You
And don't forget:
© 1996-2020, Amazon.com, Inc. or its affiliates