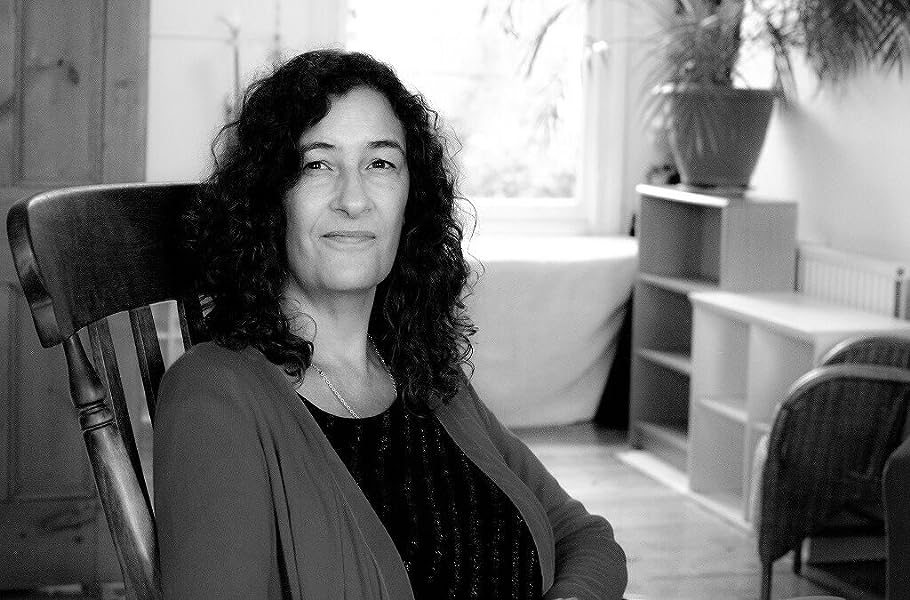 by Caitlin Davies (Author)
4.4 out of 5 stars 12 ratings
See all formats and editions
Sorry, there was a problem loading this page. Try again.
Read more Read less
Previous page
Next page

Caitlin Davies lives in north London with her daughter, Ruby. She is a freelance journalist, regularly writing education features for the Independent.
Tell the Publisher!
I’d like to read this book on Kindle

HaimBresh
5.0 out of 5 stars A courageous and fascinating novel
Reviewed in the United Kingdom on 13 October 2018
Verified Purchase
I read this book without break, from cover to cob=ver, unable to lay it down! It is certainly nota thriller, but a fine piece of literary work - while it is technically memoire of the author's life in one of Africa's smallest and remote societies, it is framed and structured like a fine novella sophisticated tale of love, hope, discovery and trauma. It is not just a story of the authored her immediate family, but also a story of the beautiful and painful contact between two cultures which she attempts to bridge through her person and actions, but in the end is unable to do so, and has to abandon her dream country. It is also story of our time - the weakening of traditional societies caused by big business and globalism, corruption and politics.
Caitlin Davies has since written many other books, but this remains one of her finest and most moving work. I highly recommend reading this book.
Read more
Report abuse

Kate Hopkins
4.0 out of 5 stars Half in Love with Africa
Reviewed in the United Kingdom on 2 January 2013
Verified Purchase
'Place of Reeds' is a well-written and very honest account by Caitlin Davies of her twelve years spent in Maun, a small village in Botswana. Davies went to Botswana initially to teach, and to see if she and her boyfriend Ron, who came from Maun and who she'd met while studying in America, could make a long-term future together. Over time, she learnt the local language, Setswana, befriended Ron's family, including his matriarchal but loving grandmother and majestic and domineering mother, taught, worked as a journalist (including some brave attempts to expose rapists and gangs) and cared for Ron's daughter by a previous liaison, even agreeing to adopt her. Together with Ron, who she married after a few years in Maun, Caitlin built what seems to have been a wholly admirable and in many ways a very good life. But trouble was looming. During Caitlin's time in Botswana, the country became increasingly crime-ridden, and in addition the number of HIV-related deaths soared. The press became increasingly censored, and Caitlin found herself on at least two occasions summoned to court for articles that she had written (in which she was trying bravely to tell the truth about the country's political problems). Caitlin also gradually realized the extent to which her husband's family dominated him: she was forced to adopt a family member who had no blood tie to her or her husband, and to watch over and over again as Ron spent his spare time helping his mother and grandmother on their farm, rather than with her. Caitlin hoped that the birth of their daughter Ruby, born about ten years after her arrival in Botswana, would solve some of their problems, and indeed for a short time it seemed to (though Ruby's birth also led to a rift between Caitlin and Ron's dominant mother, Eliah, who insisted that she knew exactly how the child should be reared). But Caitlin's world suddenly and abruptly collapsed when Ruby was still a toddler - one day, Caitlin was raped and attacked at home by a robber. During the subsequent court case and all the trauma that followed, Ron's family kept away from her, and her adopted daughter even told her that the sentence for the rapist was 'too long'. Eventually, with Ron unable to stand up to his family, Caitlin had to make a heartbreaking decision.

Caitlin Davies brings the atmosphere of Botswana beautifully to life. The descriptions of the landscape and animals are exquisite, and she writes knowledgeably and movingly about the local culture, and about the contrast between life in Botswana and in England. She also manages to be extremely unsentimental about what is clearly a very troubled country, showing both the good (the warmth and kindness she received from many of the locals, the beauty of the landscape, the support of family) and the bad (the crime, the restrictions on women, the appalling number of rapes and attacks that occurred in her final years in Botswana, the stifling nature of the family in which she lived). She writes movingly but without bitterness of her struggles to cope with her adopted daughter Alice, who turned from a pensive little girl into a sullen teenager, and with affection but clear-sightedness about Ron's grandmother, who welcomed her warmly into the household, but couldn't cope with Caitlin's being raped, and about Ron's mother, who wanted to run her daughter-in-law's life as well as her son's. The material about teaching and working in journalism in Africa is fascinating. I was also much impressed with how Davies described the increasing difficulties in her marriage without blaming her husband, who largely appears a sympathetic figure.

This is a brave and very vivid memoir, and my favourite of Caitlin Davies's books so far. I felt it brought Botswana much more vividly to life than her slightly soap-opera-ish novel 'Black Mulberries. I shall look forward to reading some of the books that she has written since her return to London in due course.
Read more
One person found this helpful
Report abuse

joan white
5.0 out of 5 stars An Honest and Poignant Account of the Confrontation of Two Cultures
Reviewed in the United Kingdom on 22 September 2011
Verified Purchase
This was one of the most fascinating reads I have come across for its honesty and power. The author met her husband while both were post graduates in the USA and then they subsequently settled in Botswana. The tensions caused by her work as a campaigning journalist and the tradional view of women in Botswana made her life impossible as a western educated person. The account of her attack and rape are harrowing and the reaction to the crime by her step daughter, on whom she had lavished love and care, is very hard to understand. When told that the perpetrator was sent to prison for twelve years the girl simply said 'It is too long'. The honesty of reporting and the unfliching descripions of the life of women in Africa make this essential reading for anyone concerned with human rights.
Read more
Report abuse

Debbie B.
5.0 out of 5 stars A captivating read.
Reviewed in the United Kingdom on 18 September 2020
Verified Purchase
I have a personal interest in Botswana and found the book and it’s author inspiring
Read more
Report abuse
See all reviews
Back to top
Get to Know Us
Make Money with Us
Let Us Help You
And don't forget:
© 1996-2021, Amazon.com, Inc. or its affiliates