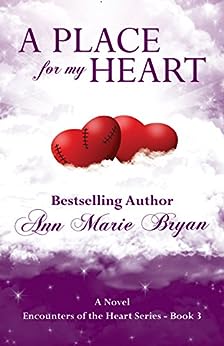 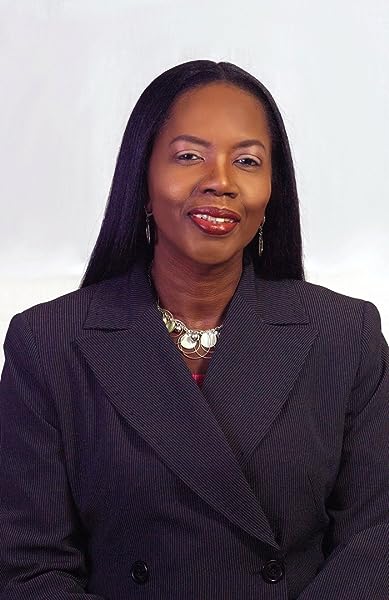 Ann Marie Bryan is a dedicated, graceful, multi-talented leader with a passion for excellence. She is the CEO & Founder of Victorious By Design, an organization committed to providing top quality professional writing services, comprehensive personal and professional development programs and exceptional performing arts services to meet the unique needs of individuals and organizations. A Christian Fiction author, Ann Marie writes to educate, inspire and empower others. She desires to tell great stories with fascinating characters to show the awesome power of God in the lives of people and places. Shades of the Heart is the first book in her bestselling, Encounters of the Heart series. Book 2 - Mirrored Hearts: Sealed By Fire was released February 2016. Her new release, A Place For My Heart, is the highly anticipated third installment in the series. Ann Marie's greatest passion is to empower others to succeed by tapping into their God-given potential. She enjoys writing, reading, dancing, teaching, meeting people and traveling. With all the knowledge and experiences that God has so graciously blessed her with, Ann Marie is determined to make her life a ministry for the Lord. --This text refers to the paperback edition.

4.9 out of 5 stars
4.9 out of 5
25 global ratings
How are ratings calculated?
To calculate the overall star rating and percentage breakdown by star, we don’t use a simple average. Instead, our system considers things like how recent a review is and if the reviewer bought the item on Amazon. It also analyses reviews to verify trustworthiness.

Encuentro
5.0 out of 5 stars Another Triumph in the "Encounters of the Heart" Series!
Reviewed in the United States on 3 August 2017
Verified Purchase
Ann Marie Bryan has done it again in this third moving installment in the "Encounters of the Heart" series! One of the many aspects of this series that makes it so special is the fact that each novel in the series can be read as a stand alone novel or as part of the series. The series is an anthology series, but there is a very thin thread that connects the novels. Each book presents a supporting character who at first glance, appears to be one-dimensional. But one only has to read the next novel in the series to see that there is far more than meets the eye with these supporting characters. They are anything but one-dimensional. Ann Marie Bryan does a fabulous job of bringing these characters to the forefront and developing them into fully-realized characters in subsequent novels.

Such is the case with Chandler in "A Place For My Heart," this very powerful and moving third book in the "Encounters of the Heart" series. Chandler, a supporting character in "Mirrored Hearts," book 2 in the series, steps up to the plate for his shot at becoming a full-realized character. Ann Marie Bryan does not disappoint, creating a character with as much depth as any character who has come before in the series. Chandler is a hot shot, a playboy, a ladies man. He has a very successful career. But there is a gaping hole in his life, one that cannot be filled with his numerous one night stands, a hole that he hopes to fill with a married woman who "Encounters of the Heart" fans will remember from "Mirrored Hearts." But there is only one woman who can fill that hole in Chandler's life. Her name is Sabrina.

When an emotionally devastated Chandler seeks comfort in the church, Sabrina is there to guide him. Little does she know that her "pet project" is the man who will capture her heart. But before he captures her heart, he will test her resolve.

Sabrina is a dedicated woman of God. She is devoted to saving herself for marriage. When Chandler enters her life, that devotion is put to the test.

With Sabrina's guidance, Chandler becomes a devoted Christian, and soon finds himself in the same boat.

They fall madly in love with one another but often find themselves in the uncomfortable position of physical temptation.

If wedding bells are ringing down the road, there are quite a few bumps in that road that the couple must traverse before reaching those wedding bells. There is uncertainty about the state of their relationship. There is insecurity that prevents them from expressing their true feelings for one another. There is a secret that threatens to drive them apart.

With two incredibly rich and vibrant characters such as Chandler and Sabrina, readers will be enthusiastically rooting for them to break down the barriers that are preventing them from falling into one another's arms! This is a beautifully-told love story! Fans of Ann Marie Bryan will not be disappointed!
Read more
2 people found this helpful
Report abuse

J.L. Campbell
5.0 out of 5 stars A Powerful Story of Change & Healing
Reviewed in the United States on 23 April 2017
Verified Purchase
Having read Mirrored Hearts, I was very interested in seeing how Chandler's story would unfold. He comes across as a complex character and reading his story was like peeling back the layers on an onion and seeing what situations made him the man he became. He's a classic case of someone who has it all together, but is hiding a major case of insecurity. I enjoyed seeing his gradual conversion and the writer did an excellent job of conveying that the struggle between our flesh and mind is real.

The characters are engaging and I liked most of them, even when Chandler was pulling back and playing the fool. And there was Kayla – a case of cuteness overload! The attraction between Chandler and Sab was well done and realistic. I admire them for their wonderful rapport and for praying together.

The writer's inclusion of the charisms as displayed in this story is a reminder that God gives gifts and when He speaks, can be taken at His word. Love the pastor and his powerful prayers and the fact that he also sees something in Chandler that he doesn't see in himself.

One particular prayer was said over Chandler that brought tears to my eyes. I think A Place For My Heart will help people who have been in similar situations to understand what is at work on a spiritual level in their lives, and that things are not always what they seem at first glance. I am hoping readers will allow the book to touch them, because there is some serious anointing in the prayers.

Overall, this is a great book. A wonderful testament that people can and do change when God enters their lives.
Read more
2 people found this helpful
Report abuse

SGRho Soror
5.0 out of 5 stars Healing of the Soul
Reviewed in the United States on 29 April 2017
Verified Purchase
Chandler Penyard was a man of power, influence, money and hurt. Chandler is a man women throw themselves at all the time. However, Chandler in all his handsomeness was hurt and empty inside. The two women he thought he loved had wounded him. The last was a women who was someone else's wife, but he thought his life would be forever empty without her in it.
In his agony Chandler began to run. Little did he know that his run would lead him straight to the arms of real love. Chandler found himself in church at the feet of a praying, sold out women who loved God with her whole heart. Chandler's first encounter with Sabrina would forever change his life.

It can seem strange to others how God can draw us to himself. However in pain and anguish, God was found himself surrounding Chandler with what he really needed was unconditional love. Chandler finds a minute amount of healing but it was just the beginning. In Orlando, Chandler began his friendship with Sabrina out of desire to say "thank you" for rescuing from himself. He attended bible study with her and enjoyed talking and having dinner with her. Sabrina was surrounded by family who wanted to push her into the path of love, because she too had experienced hurt from persons who she thought loved her and she thought she loved.
The story is touching in how Chandler finds not only the unconditional love he needed but inner healing and acceptance that he could succeed at nothing without God. He found people who only wanted the best for him in every aspect.
This love story peels back all of Chandler's running away to help him overcome years worth of pain inflicted by his unknowing family. Grace and mercy lead him to new family who would love him and all of his issues. Sabrina finds her heart surrounded in new feelings and desires. However, she will have a few soul searching moments that cause her to lean heavily on her faith and desire to please God. She too tries running when she discovers a not so hidden secret of who CJ Penyard really is.

I LOVED this story, it revealed something to me I too needed to release from my past. Sister Bryan, you have an excellent sequel in this 3rd installment of this series. Thank you for the love poured into each page and the restoration and healing too.
Great read as each book has been...Keep up the fabulous work.
Read more
3 people found this helpful
Report abuse

karenc
5.0 out of 5 stars powerful story of healing
Reviewed in the United States on 24 August 2020
Verified Purchase
Chandler meets Sabrina at the lowest point in his life. We see his love affair with Rozene from his point of view, and also his falling out with Don. Leading by example, Sabrina encourages him to explore his curiosity regarding religion and the possibility of a relationship with God. I hadn't like Chandler much in the previous book, but his story shows him in an entirely different light, broken and vulnerable, not sure yet if he can open his heart again. Sabrina's been hurt in a prior relationship. Her faith is strong and steady, but she's not sure about trusting her heart. This is an incredible story, so powerful, detailing Chandler's journey to healing, redemption and forgiveness of himself and others, and his and Sabrina's path to love

ian g welch
5.0 out of 5 stars Compelling
Reviewed in the United States on 4 August 2017
Verified Purchase
This is book 3 in a series, each a stand-alone romantic novel with a strong Christian theme.
Chandler and Sabrina are both recovering from failed relationships, they struggle to make a commitment to any long-term romantic linkup. ‘Do you believe in love at first sight, is it really love or just another infatuation?’ Just as their new romance gains momentum and the air is charged with electric vibes, the demons set in, they withdraw to the safety of ‘just being good friends.’
Ann Marie Bryan has compiled a compelling love story, the reader lives the ecstasy and the anguish of Chandler and Sabrina as they struggle to put their past behind them and to give love a chance. They turn to God for guidance and direction but their demons are deep seated, is it enough?
This is a thoroughly enjoyable novel, well written, you feel the characters’ frustrations and rejoice in their positive faith as they work through their relationship challenges.
Read more
Report abuse
See all reviews
Back to top
Get to Know Us
Make Money with Us
Let Us Help You
And don't forget:
© 1996-2021, Amazon.com, Inc. or its affiliates