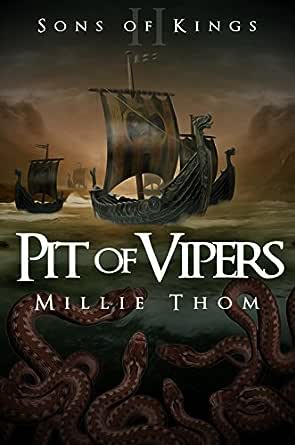 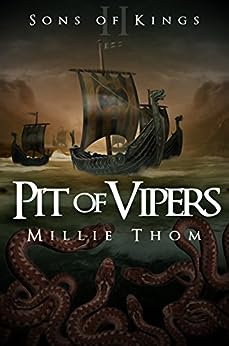 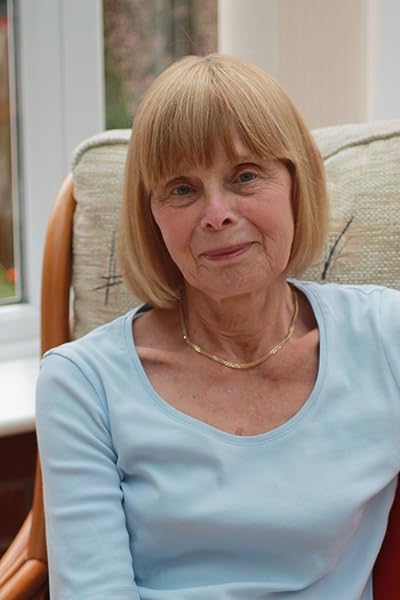 In Pit of Vipers, the second book in the Sons of Kings trilogy, the lives of Alfred of Wessex and Eadwulf of Mercia continue to unfold against the ever increasing threat of Danish raids.

Now back in his homeland, Eadwulf sets out on his determined quest for revenge, whilst Alfred’s leadership skills develop at the courts of his successive brothers. Before long, those skills will be put to the test . . .

The Danish invasion of the Anglo-Saxon kingdoms in 865 is merciless and relentless. Every year more Norse ships come to join their comrades in a quest to plunder for wealth and gain domination over the people.

The Wessex king is now Aethelred, Alfred’s last surviving brother, and Alfred becomes his trusted second-in-command. Whilst the Danes take kingdom after kingdom, the brothers wait with baited breath for them to set their sights on Wessex.

By 869 their worst fear is realised.

In the meantime, Eadwulf pursues the objects of his revenge.
click to open popover

Christine J Randall
5.0 out of 5 stars Loved it.
22 February 2015
Format: Kindle EditionVerified Purchase
Pit of Vipers is the second historical fiction novel in the Sons of Kings trilogy written by Millie Thom. It continues the tale of Alfred of Wessex and Eadwulf of Mercia started in Book 1, Shadow of the Raven.

The year is 864. Alfred is now fifteen, and learning kingship at the successive courts of his older brothers. Eadwulf, the fictional Mercian who had spent time as a Danish slave, has been back in his homeland now for four years. Though settled into married life in the household of his father-in-law, a Mercian ealdorman, he cannot shake off the memory of his lost love, Freydis. On top of this, he is frustrated by failed attempts to extract vengeance on his uncle.

Once again, the author includes a handy Characters page to help with the old names which could easily grace the pages of any fantasy novel: Aethelberht, Heahmund, Wulfrida, Dryhtwald, Paega, Katato - to name just a few. You need your wits about you, but the well-written story does quickly place everyone in context and you are never left confused. Handy maps in both print and digital versions place the positions of the Anglo-Saxon kingdoms in perspective.

Large bands of Scandinavian Vikings break the treaties, raiding Kent. In 865, they are joined by more Norse and Danish invaders dubbed "The Great Heathen Army" landing on the coast of East Anglia. While some historians believe the invasion was a natural progression from the increasing raids on the Anglo-Saxon kingdom, the author has chosen to present her story from the view put forth in the Norse Sagas.

I love the way Millie Thom imbues her characters with personal qualities. Alfred is a different Alfred than what I came to expect from reading other historical novels where he is portrayed as extremely pious. Here, he seems no more pious than normal in those days when ailments of the flesh were considered manifestations of sin. Alfred does marry and is able to satisfy his fleshly desires without all the guilt. His hemorrhoids seem to cause less trouble, but this bother is replaced by bouts of a mysterious debilitating illness which he bears with fortitude. He hopes he will not die of the same mysterious ailment which takes some of his family.

I don't think Eadwulf plays as great a part in this novel, but again he is a well developed character and it's a pleasure to track the life of the ordinary Mercian household from his view-point. His loyalties are divided, of course, since he has strong ties with the Danish friends he had to leave behind four years earlier. I expect unfolding events in Book 3 will severely test him. The Pit of Vipers closes in the year 871. Alfred is now King of the West Saxons, and Eadwulf is given an invitation by three Danes which I don't think he can refuse.

Overall, the story has a lovely finished feel. While I'm eager for the next book of the trilogy to be written and published, I wasn't left with that unresolvedness you sometimes get in the middle of a series.

NOTE: I purchased this book. I could have asked for a review copy, but - holding the standard of the author's research and her writing in high regard - I was happy to buy myself a copy as soon as I saw it available.

sue
4.0 out of 5 stars Sue
23 June 2019
Format: Kindle EditionVerified Purchase
This is a good book to read even though it is the second book I was able to pick up the backstory of the main characters
Read more
Helpful
Comment Report abuse

Jennifer Cameron-Smith
TOP 10 REVIEWER
5.0 out of 5 stars ‘We must be united in whatever path we choose to follow.’
3 March 2015
Format: Kindle Edition
‘Pit of Vipers’ is the second book of Ms Thom’s ‘Son of Kings’ trilogy and continues the story of Alfred of Wessex and Eadwulf of Mercia, which started in ‘Shadow of the Raven’. I’d strongly recommend reading ‘Shadow of the Raven’ before embarking on ‘Pit of Vipers’.

The year is 864, and Alfred is now fifteen. At the court of first one older brother and then the other, he is learning the art and craft of being a king. Eadwulf, the (fictional) Mercian who has spent time as a Danish slave, has been back in his homeland for four years. Eadwulf has married, and he and his wife Leoflaed form part of the household of Wigstan of Elston, a Mercian ealdorman. While Eadwulf, known as Ulf to the Danes, is happy with Leoflaed, he has not forgotten Freydis. He is still determined to extract vengeance on his uncle, Burgred.

While Alfred and Eadwulf are the primary characters, Ms Thom has skilfully used secondary characters to portray everyday life in the ninth century and to add depth to the story. A dozen vipers also play an important part. Ms Thom portrays Alfred as a much more likeable character than some of the other depictions I have read in other novels. Yes, he is pious and he has some medical problems but he is keenly observant. Eadwulf has been shaped by his experiences in Denmark, and his loyalties are divided. Where will Eadwulf stand as the Danish attacks increase? Will he ever get his revenge on Burgred?

There are many characters in this novel, and the character list at the beginning of the novel is great for those of us who need it. There are also two helpful maps: ‘Anglo Saxon kingdoms, 860s-70s’ and a more detailed map of Wessex for the same period. I found the maps particularly useful when trying to follow the action, especially the invasion by those dubbed ‘The Great Heathen Army’ in 865.

I enjoy historical fiction set in this period and I’ve thoroughly enjoyed both of the books so far published in this trilogy. The intrigues, lifestyles and lives of the characters are well drawn, and the world they inhabit is alive and vibrant.

NOTE: I was offered, and accepted, a copy of this book for review purposes. I am keenly awaiting the publication of the final book in this trilogy.

Nicole Fielding
5.0 out of 5 stars Wonderful Read
5 March 2015
Format: Kindle Edition
This is a great continuation of Millie Thom’s ‘Sons of Kings’ trilogy. I really enjoyed Book One, ‘Shadow of the Raven’, and ‘Pit of Vipers’ was just as good. The writing is consistently elegant and polished and the historical detail obviously impeccably researched. There is enough action to keep the plot flowing and to keep the reader gripped, but it’s not the only thing that holds your attention. What I like most is the fascinating cast of characters, with their relationships and interactions, their moments of triumph and heartbreak.

First there is Eadwulf, now living in Mercia with a wife, Leoflaed, and a family. He is still seeking revenge against those who have wronged him – Burgred, Ivar and Halfdan – with mixed success. My favourite character from Book One, Bjorn, makes a number of appearances over the course of the novel and the final scene promises that we’ll be seeing much more of him in Book Three. The character who came most to the fore in this section was, for me, Alfred. In Book One he was still a child; now he is a young man, a warrior prince fighting against the invading Great Army of Danes. I love the relationship he has with his wife, Ealhswith, a strong-willed young lady who is fortunate to find love with the man chosen for her to wed. His mysterious illness is worrying and his piety, whilst eclipsed at times by that of his brother, is clearly a driving influence on his life.

Go to Amazon.com to see all 26 reviews 4.6 out of 5 stars
Get FREE delivery with Amazon Prime
Prime members enjoy FREE Delivery and exclusive access to movies, TV shows, music, Kindle e-books, Twitch Prime, and more.
> Get Started
Back to top
Get to Know Us
Make Money with Us
Let Us Help You
And don't forget:
© 1996-2020, Amazon.com, Inc. or its affiliates