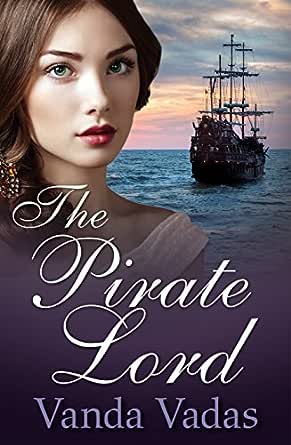 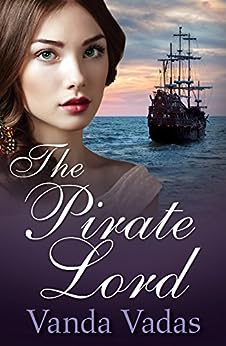 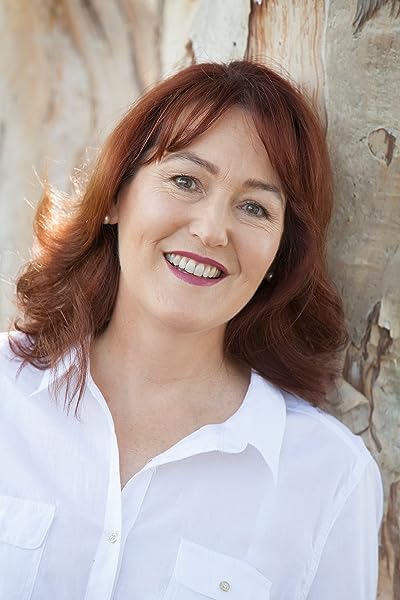 Can love for his beautiful, aristocratic captive rescue Miles from his lust for revenge?

A family tragedy steeped in deceit and betrayal saw Lady Eloise Blakely vow never to fall victim to a man's charms, let alone invite him into her bed. Until fate swept her aboard a pirate's ship and into its captain's embrace.

Yet when he reveals a dark secret, her lover becomes her enemy . . .

Ten years ago, Miles Zachary Fenton was framed for murder. For so long he has fought to clear his name and reclaim his dukedom. Now, when both appear to be just within reach, he is forced to abduct a meddling beauty, one who wreaks havoc with his emotions and complicates his plans . . .

Paul Burtwistle
5.0 out of 5 stars Buy this book.
23 November 2018
Format: Kindle EditionVerified Purchase
An excellent, old fashioned romance story tinged with adventure, deciet, crime and vengance. All this wrapped up in an entertaining and engaging writing style.
Well worth reading.

Lisa
5.0 out of 5 stars Feisty Heroine and a Hero to Die for.
6 September 2015
Format: Kindle EditionVerified Purchase
The Pirate Lord is a delight with its feisty heroine and a hero to die for. The story moves at a super pace, and I loved the gorgeous settings. There’s grand houses, a pirate ship and a Caribbean island...all beautifully described. The passionate love between Eloise and Zach feels real and moving. I adored this story. You will too.
Now I can't wait for Vanda's next book. Hope it's soon.

Josephine Allen
5.0 out of 5 stars Love, intrigue and secret identities
7 September 2015
Format: Kindle EditionVerified Purchase
If you're looking for a fast-paced historical involving a feisty heroine, a sexy pirate with a hidden agenda -- liberally laced with intrigue and some steamy sex -- this one's for you.

Vanda Vadas ticks all the boxes in her first novel. I look forward to the next book(s) from this talented author.

Marcia@Book Muster Down Under
TOP 1000 REVIEWER
4.0 out of 5 stars Intrigue, Perfidy, Jealousy and Romance
3 August 2015
Format: Kindle Edition
To Zach, life is about hate and revenge – to take ownership of what is rightfully his. Having been exiled after his father died, he comes back to England to exact that revenge but the beautiful emerald-eyed Eloise comes between him and his entitlements, changing his game plan.

Stubborn and fiercely independent, when Eloise loses her sight in a fall after trying to follow the masked man that appeared outside at her birthday celebrations, she is thrust into not only a dark world but one in which she unwillingly becomes a pawn in a game where there can only be one winner.

Little do both of them know that the sparks of smouldering desire are about to be fanned, igniting flames of all-consuming passion that not even the blue waters of the Caribbean will be able to douse! But will the tragedy that connects them bring them together or forever tear them apart?

I’d like to just start out this review by saying that it’s been a while since I read such a deep and absorbing historical romance and I’m so glad that I was given the opportunity to discover this debut Australian author who, on her website, promises “an earnest endeavour to deliver a memorable love story with characters who will remain in your heart long after you’ve read the last word”.

With that in mind, Vanda Vadas has certainly kept to her end of the bargain and burst onto the literary scene with a bang by penning this passionate, adventure-filled and sexy historical romance with well fleshed out characters, a devious villian and adventure both on and off the high seas.

Her main characters are ones you can just fall in love with whilst those secondary to the story are just as well-crafted, specifically Eloise's brother Julian and Zach's right-hand man, Seth.

Zach, our hero, turned out to be a man after my own heart – he is tender, kind-hearted, sympathetic and oh so ruggedly sexy with those obsidian eyes and long raven hair, all traits that his captive will fast come to realise she can't resist.

Eloise, too, is a wonderful character. She is not only beautiful but feisty, strong-willed and passionate, so it’s no wonder Zach has his work cut out for him when he captures her and whisks her away to his ship following her brother’s search for her.

Written in an elegant style, with word choices fitting the era and secondary characters who you will either come to love or hate, Vanda paints such a vivid picture of life in those times, skilfully weaving in intrigue, perfidy and jealousy and lacing it all up with compelling sexual and emotional tension, that it’s hard to believe this is her debut novel.

With its striking cover, it’s a story that is sure to captivate an audience eager to partake in a new historical romance.

Go to Amazon.com to see all 11 reviews 4.5 out of 5 stars
Get FREE delivery with Amazon Prime
Prime members enjoy FREE Delivery and exclusive access to movies, TV shows, music, Kindle e-books, Twitch Prime, and more.
> Get Started
Back to top
Get to Know Us
Make Money with Us
Let Us Help You
And don't forget:
© 1996-2020, Amazon.com, Inc. or its affiliates