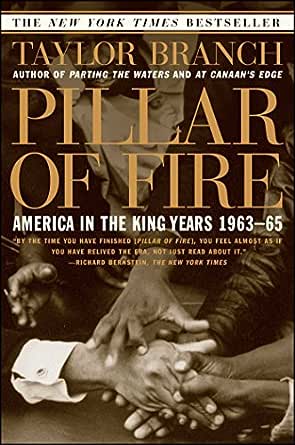 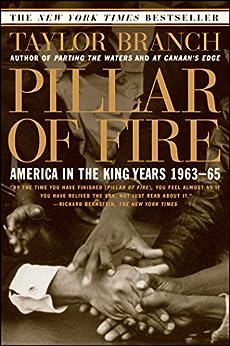 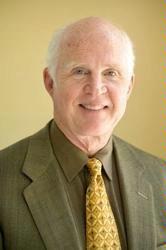 Pillar of Fire: America in the King Years 1963-65 Kindle Edition

Richard Bernstein The New York Times By the time you have finished [Pillar of Fire], you feel almost as if you have relieved the era, not just read about it.

James Goodman The Boston Globe This is jet-propelled history.

Jon Meacham Newsweek Pillar of Fire is a magisterial history of one of the most tumultuous periods in postwar America. Branch's storytelling is strong, his storytelling colorful. Reading Branch, it is easier to see why even the most remarkable revolutions are never complete.

Alan Wolfe The New York Times Book Review As he did in Parting the Waters, Branch brings to these events both a passion for their detail and a recognition of their larger historical significance.

Ray Jenkins The Baltimore Sun Branch has an uncanny ability to penetrate the most obscure nooks and crannies of the past to provide a whole new perpective on the Sixties...

Bill Maxwell St. Petersburg Times Pillar of Fire, a history of symbiosis and epiphany, records King's vision and the disparate moral currents that forced America to redefine itslef in light of its failures to live up to its own principles of freedom.

Trevor Coleman Detroit Free Press The strength of Pillar of Fire lies in Branch's unsurpassed ability to bring the reader into the moment, enabling one to almost feel the tension of the times. --This text refers to an alternate kindle_edition edition.

Taylor Branch is the author of Parting the Waters: America in the King Years 1954-63. He lives in Baltimore, Maryland, with his wife, Christina Macy, and their two children, Macy and Franklin. --This text refers to an alternate kindle_edition edition.

4.8 out of 5 stars
4.8 out of 5
64 global ratings
How are ratings calculated?
To calculate the overall star rating and percentage breakdown by star, we don’t use a simple average. Instead, our system considers things like how recent a review is and if the reviewer bought the item on Amazon. It also analyses reviews to verify trustworthiness.

Kindle Customer
5.0 out of 5 stars Modern Classic
Reviewed in Canada on 19 February 2018
Verified Purchase
This is the second volume in Taylor Branch's classic history of America in the King years. Believe me, this book is just as compelling as the first book. Deeply researched, passionately argued and well written, the entire series should be regarded as required reading for anyone who is interested in the subject.
Outstanding and highly recommended.
Read more
Report abuse

M Clark
5.0 out of 5 stars An amazing history of very heroic people
Reviewed in Germany on 29 February 2016
Verified Purchase
Taylor Branch has written a three-volume history of the civil rights movement. Being three volumes, the book is comprehensive enough to include the names of the hymns sung in church services. These details help readers really get involved in the dramatic events of the time. Reading about Selma and other events, you actually share the fear of the participants and appreciate what heroes these people really were.
Read more
Report abuse

David Bonesteel
5.0 out of 5 stars Pillar of Fire
Reviewed in the United States on 28 January 2017
Verified Purchase
The second volume of Taylor Branch’s towering trilogy about Martin Luther King, Jr. and the Civil Rights movement covers so many momentous events, such as the assassinations of John Kennedy and Malcolm X, the Mississippi Freedom Summer, King’s Nobel Prize, and America’s entry into Vietnam, that it is difficult to believe that it spans a mere two years that also witnessed the exodus of black America from the Republican party to the Democratic.

King’s commitment to nonviolence in the face of overwhelming provocation is stunning. Branch often embeds events in an avalanche of detail about day-to-day goings-on that can be somewhat deadening but serves to make the point that there was no inevitability to the ultimate triumph of King. Throughout his career, he was beset by criticism, rivalry, and divisiveness from both within and without his ranks. The forces arrayed against him were formidable. This book is one more argument toward solidifying J. Edgar Hoover’s status as one of the great villains of modern American history, with his underhanded and unconstitutional persecution and surveillance of King, even, at one point, sinking to the depths of having evidence of his infidelities sent to him along with a message urging him to commit suicide. Lyndon Johnson emerges as a pivotal figure, ever mindful of political reality but favorable toward black suffrage in a way that Kennedy wasn’t.

Writing in the early days of the Trump administration, I am reminded by this book that the most worrisome terrorists are the homegrown variety and encouraged by the precedent of citizens standing up to corrupt power and prevailing.
Read more
One person found this helpful
Report abuse

Jim Moore
4.0 out of 5 stars Falls short of "Parting the Waters"
Reviewed in the United States on 21 August 2020
Verified Purchase
I wanted to like the book more than I did. I started re-reading "Parting the Waters" when John Lewis died, and after a brief respite to read a few other things, picked up "Pillar of Fire." The book, while good, was not of the caliber of Branch's first book in the series. Much of that is due to the fact that the first 170 pages rehashes the period up to Kennedy's death in 1963 which was more majestically and emotionally covered in "Parting the Waters." This is likely due to the 10 year publishing lag between the two books. If you are reading the books, back-to-back, I'd skim quickly or possibly just skip. As for "new" material, the book really only covers the period between JFK's assassination in November of 1963 and Malcolm X's in February of 1965. 1964 was indeed a momentous year, but I think Branch could have covered the same time period in fewer pages or a longer time period in the same number.

The book while largely about King, also spends a great deal of space discussing Malcolm X and the Nation of Islam, and Lyndon Johnson. While both topics are well covered, it has inspired me to re-read Haley's "Autobiography of Malcolm X" and LONGING for Caro to publish the last volume in his "Years of Lyndon Johnson" series. As I read Caro was only through 1966 earlier this year, I fear we may not get Volume 5 before we lose Caro, which would be a travesty.

The book is well worth reading today and there are a few highlights and interesting thoughts that I am left with given our current political circumstance.

1) The chapter on the Republican Convention is notable as this is the seed of the Republicans' "Southern Strategy" which would play out more dramatically in 1968, '72, and again in the eighties, and to some degree 2016 and likely this year. Branch highlights the dog whistle of (institutional) racism in Eisenhower's convention speech which sows the seeds of Nixon's later War on Crime.

2) The pattern of Democrats feeling a need to show that they are every bit as militaristic as Republicans is evident in Johnson succumbing to advisors to scale up activities in Vietnam even though he seems to have suspicions about the winnability of a war in Southeast Asia where the leaders of the nation the US is supporting have questionable legitimacy and little to no domestic popular support. There are echoes of Kennedy's "Missile Gap," the growth of the military budget under Clinton and inability to capture the peace dividend from the fall of the Soviet Union, and Obama's continuation of his predecessor's wars in the Middle East.

3) Internecine fights and troubles within the Civil Rights Movement, Nation of Islam, and US Government. King comes across as worn out and tired by his Nobel acceptance speech in December 1964. Much would seem to have to do with petty squabble within the SCLC and politicking and envy across civil rights organizations. The Nation of Islam was literally in the midst of a civil war leading to Malcolm X's assassination and an internal reign of terror that lasted at least until Elijah Muhammad's death. The FBI comes across as a rogue agency fighting Hoover's agenda as opposed to being a coordinated arm of the US Justice Department. Advisors to Johnson are seen jockeying for position and championing there own agendas. Seems a bit familiar...

I was struck by how far we've come as a society on LGBT rights in the past 50+ years and how far we still have to go for Civil Rights. The black mark of homosexual acts by Bayard Rustin and Walter Jenkins were almost as much as a stain as Communism. To wit, "Johnson needed Hoover's national authority to shield his campaign from charges of immorality mixed with spy danger; Hoover needed Johnson to overlook his failure to warn of Walter Jenkins's arrest records on file for years at the FBI...To protect Johnson, FBI agents unsuccessfully pressured doctors to explain Jenkins's YMCA conduct not as 'voluntary' homosexuality but the result of a 'mysterious disease which causes disintegration of the brain.' " (p.518)

In summary, a very good book, but not the excellent book I was hoping for.
Read more
Report abuse

Mike Powers
5.0 out of 5 stars A perfect combination of biography and history.
Reviewed in the United States on 21 March 2015
Verified Purchase
"Pillar of Fire: America in the King Years, 1963-65" is the second volume of Taylor Branch's magisterial three-volume biography of Martin Luther King, Jr. First published in 1998, this masterful book picks up the story of King and the American civil rights movement right where "Parting the Waters: America in the King Years, 1954-1963" - the first volume of this trilogy - leaves off.

By 1963, America is a nation in growing turmoil. Segregation of the races is still the law of the Deep South, and an unwritten code in much of the rest of the country. African Americans are deprived of basic rights in all aspects of their lives. They can't vote, and they are denied access to equal opportunities for employment, education, housing, economic advancement and the use of public facilities. There is a rising tide of discontent among African Americans; they are becoming less willing to remain silent in their demands for equality, and more willing to fight...

During the two-year period covered in "Pillar of Fire," some of the most important battles for equal rights are fought at Birmingham, Alabama; Greenwood, Mississippi; St. Augustine, Florida; and other places throughout the United States. Branch points out that by this time, Martin Luther King, Jr. has become the de facto leader of America's civil rights movement. Although he holds no "official" leadership position, he is, in effect, the voice and face of equal rights for all people of color. This is mainly due to his courage in speaking out, his commitment to non-violent confrontation to achieve equal rights, and his willingness to endure physical dangers and hardships along with those who march for freedom and equality.

In "Pillar of Fire," Martin Luther King, Jr. is once again presented as the flawed but noble hero at the center of the epic battle for civil rights. Like its predecessor, "Parting the Waters," this book is a fabulously written, highly detailed account of a man and an era. It's a perfect combination of a brilliant biography and a penetrating study of one the most disturbing but important periods of twentieth century American history. Most highly recommended.
Read more
2 people found this helpful
Report abuse
See all reviews
Get FREE delivery with Amazon Prime
Prime members enjoy FREE Delivery and exclusive access to movies, TV shows, music, Kindle e-books, Twitch Prime, and more.
> Get Started
Back to top
Get to Know Us
Make Money with Us
Let Us Help You
And don't forget:
© 1996-2020, Amazon.com, Inc. or its affiliates