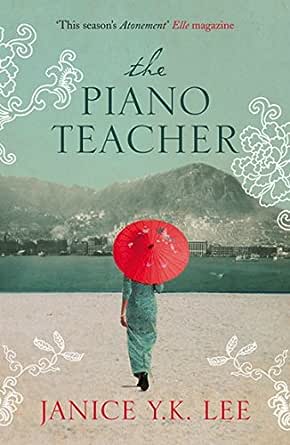 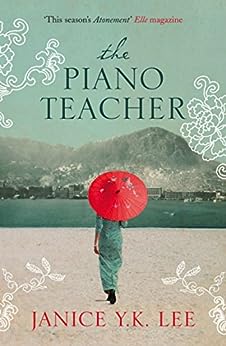 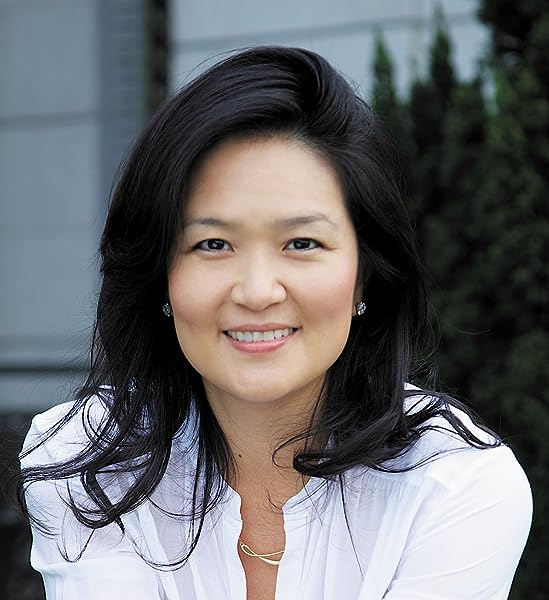 "A lush examination of East-West relations."

"[An] exceptional first novel...a powerful treatment of a precarious place where deceit and betrayal and their consequences are not confined to the war years."

"A standout debut dealing with the rigors of love and survival during a time of war...[with] layers of intrigue and more than a few unexpected twists. Lee covers a little-known time in Chinese history without melodrama, and deconstructs without judgment the choices people make in order to live one more day under torturous circumstances."

"Cassidy handles various accents expertly and has a keen sense of irony."

"Evocative, poignant and skillfully crafted, The Piano Teacher is more than an epic tale of war and a tangled, tortured love story. It is the kind of novel one consumes in great, greedy gulps, pausing (grudgingly) only when absolutely necessary."

"Orlagh Cassidy's narration starts languorously, allowing listeners to slip into the exotic, sensual world that Claire Pendleton finds when she moves to Hong Kong in 1952...Cassidy steps up the passion as she dramatizes flashbacks to 1942 Hong Kong and the world of Truesdale. These chapters take center stage as Cassidy portrays the intriguing Eurasian Trudy Liang, who enchants and mystifies both Truesdale and audio listeners. Cassidy shifts her tone again as this luminous world changes to one of torment under the Japanese occupation. As the tension builds and the characters' stories come together, Cassidy shifts her initial coolness into a heated performance."

Janice Y.K. Lee makes a powerful entry into the literary world with this lush, intriguing novel of Hong Kong on the edge of World War II and, then, its aftermath. Creating characters as exotic and mysterious as the story's locale, she portrays a society that was lost, a façade that eventually brought horrific costs to most of its members. An Indie Next Selection.

It's 1952 and 32-year-old Claire arrives in Hong Kong with her new (and dull) husband Martin. Using her marriage to escape a bitter mother and non-existent home life in England, Claire takes a position in Hong Kong as piano teacher to Locket, the daughter of wealthy socialite Chinese parents. She swiftly becomes intrigued by the family's unconventional English driver, the charismatic and enigmatic Will Truesdale...

Claire's love affair with Will is interwoven with events in the early 1940s in Hong Kong - and another, very passionate, and tragically doomed love affair, Japanese brutality and secrets betrayed.

Janice Y. K. Lee was born and raised in Hong Kong and went to boarding school in the United States before attending Harvard College. A former features editor at Elle and Mirabella in New York, she currently resides in Hong Kong with her husband and children.

Orlagh Cassidy, an American actress of stage, television, and film, is an audiobook narrator who has twice won the prestigious Audie Award for best narration, as well as many AudioFile Earphones Awards. She is a graduate of SUNY at Purchase and a recipient of the Princess Grace Foundation Scholarship. She has been seen on and off Broadway and in films, including Definitely Maybe and Calling It Quits. Her television credits include roles in Law & Order and Sex and the City and as Doris Wolfe on Guiding Light. She has done voice work for commercials in which she is probably best known for her role as the mom in the BFF Jill spots for AT&T.

3.9 out of 5 stars
3.9 out of 5
277 global ratings
How are ratings calculated?
To calculate the overall star rating and percentage breakdown by star, we don’t use a simple average. Instead, our system considers things like how recent a review is and if the reviewer bought the item on Amazon. It also analyses reviews to verify trustworthiness.

Rob Sawyer
3.0 out of 5 stars Defintely not 'this season's Atonement'
Reviewed in the United Kingdom on 22 August 2009
Verified Purchase
I bought this by mistake as I was hoping to read the raunchy 'The Piano Teacher' by Jelinek that I had heard about (I thought it was odd that it was advertised as a Richard and Judy book on Waterloo Station!).

Anyway I read it on holiday last week, hoping it would indeed be 'this season's Atonement' as it said on the cover - it wasn't, and if I were Ian McEwan I might contact the Trades Description people to get the sticker removed!

It was quite good in transporting me back (in an imaginary way, I am not that old) to 1940s and 1950s Hong Kong, but not was good as Ballard's 'Empire of the Sun' (okay that was Shanghai but you know what I mean) and I was surprised that was not one of her references.

Other than that it's an average love story which as other people have suggested doesn't really tie up too well. Why she is 'The Piano Teacher' I have no idea, she could have been anything, and why the stealing - I assumed the bit about the china Dog at the beginning would be revealed to be part of the main plot (but unless I missed something it wasn't).

Still credit to JYK Lee for writing a best seller - perhaps her next novel will be better, but I won' be rushing to read it.
Read more
2 people found this helpful
Report abuse

Scorpion Scribbler
4.0 out of 5 stars The Piano Teacher Janice Y.K.lee
Reviewed in the United Kingdom on 22 June 2010
Verified Purchase
A story about the life thru the eyes of an Ex-pat community in Hong Kong before, during and after the Japanese invasion. Based on a set of wonderful characters interlinked by marriage, friendship and relationships. A young lady moves to Hong Kong after getting married to a Water expert whose company sends him to work in HK. She takes up work as a Piano Teacher. The story jumps from the 1940s and the 1950's chapter by chapter. It's gritty and un-nerving when detailing the Japanese invasion and the subsequent treatment of the population of HK. The colourful characters and the weaving of the story is just brilliant. Loved the book. Highly recommend. The Piano Teacher
Read more
2 people found this helpful
Report abuse

HD Coulshed
4.0 out of 5 stars interesting if a little depressing
Reviewed in the United Kingdom on 23 May 2011
Verified Purchase
Excellent holiday reading as it was not particularly challenging; the content was intense but gave an insight into the psyche of Hong Kong pre, during and during the aftermath-WWII. A non-classical romance novel that is worth a read.
Read more
Report abuse

Book Mad Mother
5.0 out of 5 stars The Piano Teacher
Reviewed in the United Kingdom on 7 July 2009
Verified Purchase
What a wonderful book - can't recommend it enough - it really does pull you in - one of those rare books that you can't put down and that stays with you for some time afterwards. A very interesting insight into post war Hong Kong as well.
Read more
Report abuse

Dr Chris
5.0 out of 5 stars Brilliant
Reviewed in the United Kingdom on 27 June 2013
Verified Purchase
Just what I wanted to sample the culture of 50s Hong Kong, with its racial class system and rapidly changing economy. Engaging, convincing, well written.
Read more
Report abuse
See all reviews
Back to top
Get to Know Us
Make Money with Us
Let Us Help You
And don't forget:
© 1996-2021, Amazon.com, Inc. or its affiliates