$167.00
+ FREE Delivery
Sold by: ShopAbroad
Flip to back Flip to front
Listen Playing... Paused   You're listening to a sample of the Audible audio edition.
Learn more
See all 2 images 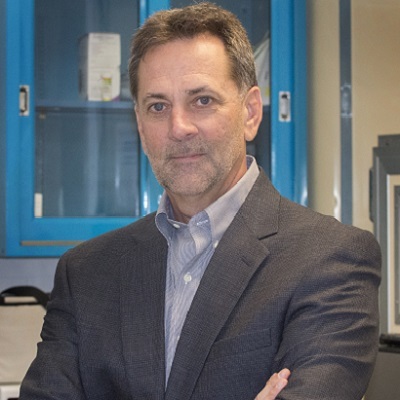 W. Larry Kenney, PhD, is the Marie Underhill Noll Chair in Human Performance and a professor of physiology and kinesiology at Pennsylvania State University at University Park. He received his PhD in physiology from Penn State in 1983. Working at Noll Laboratory, Kenney is researching the effects of aging and disease states such as hypertension on the control of blood flow to human skin and has been continuously funded by NIH since 1983. He also studies the effects of heat, cold, and dehydration on various aspects of health, exercise, and athletic performance as well as the biophysics of heat exchange between humans and the environment. He is the author of more than 200 papers, books, book chapters, and other publications.

For his service to the university and his field, Kenney was awarded Penn State University's Faculty Scholar Medal, the Evan G. and Helen G. Pattishall Distinguished Research Career Award, and the Pauline Schmitt Russell Distinguished Research Career Award. He was awarded the American College of Sports Medicine's New Investigator Award in 1987 and the Citation Award in 2008.

Kenney has been a member of the editorial and advisory boards for several journals, including Medicine and Science in Sports and Exercise, Current Sports Medicine Reports (inaugural board member), Exercise and Sport Sciences Reviews, Journal of Applied Physiology, Human Performance, Fitness Management, and ACSM's Health & Fitness Journal (inaugural board member). He is also an active grant reviewer for the National Institutes of Health and many other organizations. He and his wife, Patti, have three children, all of whom are or were Division 1 college athletes.

Wilmore published 53 chapters, more than 320 peer-reviewed research papers, and 15 books on exercise physiology. He was one of five principal investigators for the Heritage Family Study, a large multicenter clinical trial investigating the possible genetic basis for the variability in the responses of physiological measures and risk factors for cardiovascular disease and type 2 diabetes to endurance exercise training. Wilmore's research interests included determining the role of exercise in the prevention and control of both obesity and coronary heart disease, determining the mechanisms accounting for alterations in physiological function with training and detraining, and factors limiting the performance of elite athletes.

A former president of the American College of Sports Medicine, Wilmore received the American College of Sports Medicine's Honor Award in 2006. In addition to serving as chair for many ACSM organizational committees, Wilmore was on the United States Olympic Committee's Sports Medicine Council and chaired their Research Committee. He was a member of the American Physiological Society and a fellow and former president of the American Academy of Kinesiology and Physical Education. Wilmore consulted for several professional sport teams, the California Highway Patrol, the President's Council on Physical Fitness and Sport, NASA, and the U.S. Air Force. He has also served on editorial boards of several journals.

Wilmore passed away during the preparation of this sixth edition.

Costill has written and coauthored more than 430 publications over the course of his career, including six books and articles in both peer-reviewed and lay publications. He was the original editor in chief of the International Journal of Sports Medicine for 12 years. Between 1971 and 1998, he averaged 25 U.S. and international lecture trips each year. He was president of the ACSM from 1976 to 1977, a member of its board of trustees for 12 years, and a recipient of ACSM Citation and Honor Awards. He has received numerous other honors, including the Outstanding Professional Achievement Award from Ohio State University, the President's Award at Ball State University, and the Distinguished Alumni Award from Cuyahoga Falls Public Schools. Many of his former students are now leaders in the fields of exercise physiology, medicine, and science.

Costill received his PhD in physical education and physiology from Ohio State University in 1965. He and his wife of 55 years, Judy, have two daughters. Now retired, Dr. Costill is a private pilot, auto and experimental airplane builder, competitive masters swimmer, and former marathon runner.

The mechanism by which antidiuretic hormone (ADH) helps to conserve body water.

Bring the study of exercise physiology to life

One of the leading textbook for undergraduate exercise physiology courses, Physiology of Sport and Exercise, Sixth Edition With Web Study Guide, has been expanded and improved in both content and ancillary material. Online components for students, including 25 animations, 29 video clips, and 60 audio clips, provide tools to aid comprehension, while corresponding icons throughout the text notify students when digital materials are available. A element called Research Perspectives has been added throughout the text to focus on new and emerging findings in the field. Instructor ancillaries are available to assist in classroom preparation.

Daniel
5.0 out of 5 stars Five Stars
Reviewed in the United Kingdom on 21 May 2016
Verified Purchase
Lots of knowledge to learn.
Read more
One person found this helpful
Report abuse

Jamie Miles
5.0 out of 5 stars Five Stars
Reviewed in the United Kingdom on 6 November 2017
Verified Purchase
It is a quality book
Read more
Report abuse

Gloria Cote
1.0 out of 5 stars book came damaged - binding was crushed and pages are falling out
Reviewed in Canada on 29 January 2019
Verified Purchase
Daughter will be using book for several years at university - hoping it stays together
Read more
Report abuse

Phillip Hou
5.0 out of 5 stars Sports
Reviewed in Singapore on 9 August 2020
Verified Purchase
For learning purpose.
Read more
Report abuse
See all reviews
Back to top
Get to Know Us
Make Money with Us
Let Us Help You
And don't forget:
© 1996-2021, Amazon.com, Inc. or its affiliates