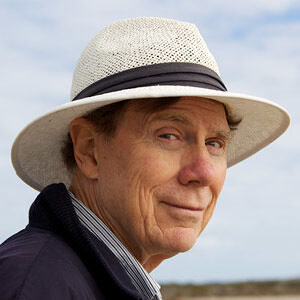 Physics: The Ultimate Adventure Hardcover – 13 May 2016

The Whats and Wherefores of Physics.- Dramatis Personae (The Actors).- Is Physics an Exact Science?.- Newton and Beyond.- Statistical Mechanics and Thermodynamics.- Electromagnetism and Cracks in the Edifice of Classical Physics.- Relativity.- Quantum Mechanics.- Atomic and Nuclear Physics.- Fields and Particles.- Cosmology.- Complexity.- Conclusions and Philosophical Implications.

“This is an ambitious book which provides a general introduction to most of physics ... . Written for non-physicists, it provides a good overview of almost the entire field and is surprisingly well balanced, with all topics described at about the same level.” (The Observatory, Vol. 137 (1258), June, 2017)

This book explains - in simple terms and with almost no math - the physics behind recent and glamorous discoveries in Cosmology, Quantum Mechanics, Elementary Particles (e.g. Higgs bosons) and Complexity Theory. En route it delves into the historical landmarks and revolutions that brought about our current understanding of the universe.

The book is written mainly for those with little scientific background, both college students and lay readers alike, who are curious about the world of modern physics. Unsolved problems are highlighted and the philosophical implications of the sometimes astounding modern discoveries are discussed. Along the way the reader gains an insight into the mindset and methodology of a physicist.

Formerly a Research Fellow and Lecturer at four universities in Australia and Germany, and Senior Principal Research Scientist at the Defence Science and Technology Organisation (DSTO) in Adelaide, he has published over 60 research papers in experimental nuclear physics, theoretical nuclear physics, atomic physics, signal processing, and underwater acoustics.

Full Professor (now retired) and Director of Research in Condensed Matter Physics at the Politecnico of  Torino, Italy, has spent half of his professional life in Universities and Research Centers abroad. His research fields range from Nuclear Physics, Acoustics and Ultrasonics to modeling and simulations in Materials Science, Biology and Oncology, with more than two hundred scientific articles and books.

Senior professor of physics in the Politecnico di Torino. His research topics are the theory of gravitation, general relativity and cosmology. Tartaglia is a member of the Italian Gravitational society (SIGRAV), the Italian National Institute for Nuclear Physics (INFN) and the National Group of Mathematical Physics (GNFM).

Read more
Start reading Physics on your Kindle in under a minute.

Ken
4.0 out of 5 stars Comprehensive book, a little bit dense
Reviewed in the United States on 14 August 2016
Verified Purchase
I have mixed feelings on this book. I was looking for something a little deeper than like a Stephen Hawking book that's written for the masses and has no math in it. But also looking for something easier than a college physics text book. I wanted to read and enjoy the narrative as well as understand the math, versus grinding through equations with a calculator.

But here's the trouble...once you start introducing the math, it gets complicated because the math IS complicated. This book covers a great number of physics topics and in many cases includes the core equations. That's what I wanted! Since its not meant to be a text book, though, the authors avoided describing the math in detail. With too many giant leaps in the explanation of the math, its just impossible to really appreciate how the math was derived.

The narrative sways back and forth from common, readable language that most readers can understand to very dense, technical reading with five syllable words I've never even heard of. I have an engineering degree, masters degree and read a lot of technical material and found myself struggling to follow along in parts that I felt could have been greatly simplified. The authors are probably too advanced to translate in simple enough terms.

So its definitely not a 5 star book. I would probably want to give it a 3 because i'm a little frustrated. But I feel like the authors genuinely want to share their passion for physics and certainly took a lot of time to assemble the book. So i'm going to give it a 4.

If I had to share advice if this book gets revised, consider fewer topics and spend more time on each. AND have a "normal" person translate the book into more digestable language for the common reader.
Read more
3 people found this helpful
Report abuse

Joycey
5.0 out of 5 stars Generation Gap Closes as complex concepts clarified fpr beginners.
Reviewed in the United States on 12 November 2016
Verified Purchase
Never formally studied Physics (I'm 81), but am fascinated in the impact of physics on our daily life. Had a ball discussing the book with my two grandsons who are both at University, studied Physics in secondary school and were as excited as I to examine the clear explanations. Their enthusiasm in offering further information using the text as gujide was a joy. Grateful grandma.
Read more
5 people found this helpful
Report abuse
See all reviews
Back to top
Get to Know Us
Make Money with Us
Let Us Help You
And don't forget:
© 1996-2021, Amazon.com, Inc. or its affiliates