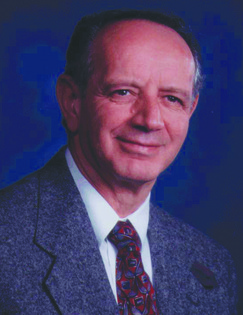 by Raymond A. Serway (Author)
4.3 out of 5 stars 7 ratings
Edition: 5th
See all formats and editions
Sorry, there was a problem loading this page. Try again.

Previous page
Next page
Tell the Publisher!
I’d like to read this book on Kindle

Raymond A. Serway received his doctorate at Illinois Institute of Technology and is Professor Emeritus at James Madison University. In 1990, he received the Madison Scholar Award at James Madison University, where he taught for 17 years. Dr. Serway began his teaching career at Clarkson University, where he conducted research and taught from 1967 to 1980. He was the recipient of the Distinguished Teaching Award at Clarkson University in 1977 and the Alumni Achievement Award from Utica College in 1985. As Guest Scientist at the IBM Research Laboratory in Zurich, Switzerland, he worked with K. Alex Müller, 1987 Nobel Prize recipient. Dr. Serway also was a visiting scientist at Argonne National Laboratory, where he collaborated with his mentor and friend, Sam Marshall. Dr. Serway is the coauthor of PRINCIPLES OF PHYSICS, 4e; PHYSICS FOR SCIENTISTS AND ENGINEERS, 7e; ESSENTIALS OF COLLEGE PHYSICS; MODERN PHYSICS, 3e; and the high school textbook PHYSICS, published by Holt, Rinehart and Winston. In addition, Dr. Serway has published more than 40 research papers in the field of condensed matter physics and has given more than 60 presentations at professional meetings. Dr. Serway and his wife Elizabeth enjoy traveling, playing golf, gardening, singing in the church choir, and spending quality time with their four children and eight grandchildren.

Maximo Gorki
4.0 out of 5 stars Physics presented in a manner not suitable for physicists
Reviewed in the United Kingdom on 20 January 2007
Verified Purchase
This is an excellent book if you are set to attain a superficial/intuitive knowledge of physics, like most engineering and medical/chemical courses. It is definitly not recomended for the remaining, more demandind, technical courses.
Read more
Report abuse

knittingmom
5.0 out of 5 stars Excellent Resource
Reviewed in the United States on 4 July 2013
Verified Purchase
Physics for Scientists and Engineers makes for an excellent addition to one's scientific library as well as an invaluable resource tool.
Read more
One person found this helpful
Report abuse

B. Lee
5.0 out of 5 stars Excellent
Reviewed in the United States on 22 September 2005
Verified Purchase
I have several Physics textbooks and this was by far the best one. For those of you considering buying a supplement for the one your school assigned to you, definetly get this one.

The content was succint, informative, and helpful, beyond what my other textbook, a Tipler one, had. This is the best there is!
Read more
3 people found this helpful
Report abuse

thyng
2.0 out of 5 stars Not satisfied
Reviewed in the United States on 15 March 2011
Verified Purchase
Book condition not as good as describe, dented at book cover. No Study Tool CD-ROM attached together with the book.
Read more
Report abuse
See all reviews
Back to top
Get to Know Us
Make Money with Us
Let Us Help You
And don't forget:
© 1996-2022, Amazon.com, Inc. or its affiliates