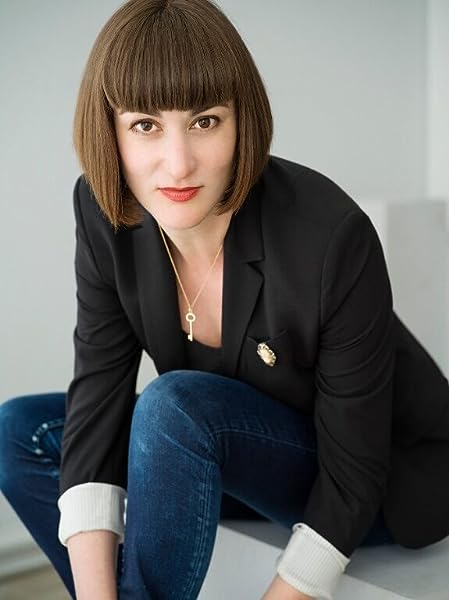 by Katherine Howe (Author)
4.5 out of 5 stars 577 ratings
See all formats and editions
Sorry, there was a problem loading this page. Try again.

A spellbinding, beautifully written novel that moves between contemporary times and one of the most fascinating and disturbing periods in American history - the Salem witch trials.
Harvard graduate student Connie Goodwin needs to spend her summer doing research for her doctoral dissertation. But when her mother asks her to handle the sale of Connie's grandmother's abandoned home near Salem, she can't refuse. As she is drawn deeper into the mysteries of the family house, Connie discovers an ancient key within a seventeenth-century Bible. The key contains a yellowing fragment of parchment with a name written upon it: Deliverance Dane. This discovery launches Connie on a quest-to find out who this woman was and to unearth a rare artifact of singular power: a physick book, its pages a secret repository for lost knowledge.
As the pieces of Deliverance's harrowing story begin to fall into place, Connie is haunted by visions of the long-ago witch trials, and she begins to fear that she is more tied to Salem's dark past then she could have ever imagined.
Written with astonishing conviction and grace, The Physick Book of Deliverance Dane travels seamlessly between the witch trials of the 1690s and a modern woman's story of mystery, intrigue, and revelation.
Read more
Previous page
Next page

"A sensational debut novel . . . carries on every page Howe's unique passion, wit, intelligence, and spirit."--Matthew Pearl, bestselling author of The Dante Club and The Poe Shadow

"A terrific debut novel . . . a captivating thriller of the hidden powers of women throughout the centuries."--Boston Globe

"A witch story that will leave you spellbound . . . Once in a while, a new writer offers up a hypnotic tale of the supernatural that has the publishing world quivering with excitement. In 2005 it was Elizabeth Kostova's The Historian; in 2006 it was Diane Setterfield's The Thirteenth Tale. This summer, The Physick Book is magic."--USA Today

"Howe pairs a scholarly search for a missing book with the thrill of spine-tingling witchery."--Dallas Morning News

"If you need some magic in your life . . . lose yourself in The Physick Book of Deliverance Dane."--Real Simple

"This isn't the same old hang-the-sorceror tale. It has a bedeviling twist."--New York Daily News

Katherine Howe's ancestors settled Essex County, Mass. in the 1620s, and stayed there through the twentieth century. Family members included Elizabeth Proctor, who survived the Salem witch trials, and Elizabeth Howe, who did not. Katherine Howe got a Ph.D. in American and New England Studies at Boston University, which included a research seminar on New England witchcraft. The idea for this novel developed while she was studying for her Ph.D. exams, walking her dog through the woods between Marblehead and Salem. She lives in Marblehead, MA with her husband and assorted animals.
Start reading The Physick Book of Deliverance Dane on your Kindle in under a minute.

Katherine Howe is a New York Times bestselling and award-winning writer of historical fiction. Her best known books are The Physick Book of Deliverance Dane, which debuted at #2 on the New York Times bestseller list in 2009 and was named one of USA Today’s top tend books of the year, and Conversion, which received the 2015 Massachusetts Book Award in young adult literature. In 2014 she edited The Penguin Book of Witches for Penguin Classics, a primary source reader on the history of witchcraft in England and North America. The Daughters of Temperance Hobbs, her latest novel for adults, was published by Henry Holt and Co in summer 2019. Her next project is The Vanderbilts: an American Dynasty, a popular history co-authored with CNN's Anderson Cooper, coming from Harper in fall 2021. She has appeared on “Good Morning America,” “CBS This Morning,” NPR’s “Weekend Edition,” the BBC, the History Channel, and the Travel Channel, and she hosted “Salem: Unmasking the Devil” for National Geographic. Her fiction has been translated into over twenty languages. She holds a BA in art history and philosophy from Columbia and an MA in American and New England studies from Boston University, and she has taught American history, visual culture, and writing at BU and Cornell. A native Houstonian, she lives in New England and New York City with her family, where she is at work on her next novel. She also puts hot sauce on everything.

4.5 out of 5 stars
4.5 out of 5
577 global ratings
How are ratings calculated?
To calculate the overall star rating and percentage breakdown by star, we don’t use a simple average. Instead, our system considers things like how recent a review is and if the reviewer bought the item on Amazon. It also analyses reviews to verify trustworthiness.

Kindle Customer
5.0 out of 5 stars Great story on variety of levels
Reviewed in the United Kingdom on 25 April 2021
Verified Purchase
The story of Deliverance Dane and her life as a cunning woman gave me so much to think about.
Constance is a young woman at graduate college studying history.
Her mother is a somewhat fey woman who talks casually of auras and other worldliness. It is not difficult to see why Constance would choose to study a factual, feet on the floor subject. Yet, as the story develops you see that history is a mixed bag, and it is not so set in stone.
Reading about witchcraft, a female lineage; interspersed with details about familiars, why a witches hat is the shape it is was wonderful and fascinating.
This is an energetic book, I enjoyed every word, including the postscript at the end.
Read more
Report abuse

Dino
4.0 out of 5 stars Salem witch trials in the 17th and 20th centuries
Reviewed in the United Kingdom on 18 December 2016
Verified Purchase
I came to this book through an online course on Historical Fiction. The author Katherine Howe is a descendant of two women who were involved in the Salem witch trials and this is her version of that historical event. She tells the story in a twin time frame - the trials of 1692 and the search for an original historical artefact for her PhD by student Connie in 1991. In doing so we can compare the treatment of women at the end of the 17th century with the continuing treatment of women in the late 20th century academic world. The author also uses the device of relationships between mothers and daughters across the centuries. I enjoyed the book and found the 17th century story compelling. In parts the 20th century narrative became a little too focused on the budding romance between Connie and Sam the steeplejack. Overall a good read and I would read more by Katherine Howe.
Read more
Report abuse

Dawn Mary Richardson
5.0 out of 5 stars I was addicted couldn't put it down
Reviewed in the United Kingdom on 16 January 2019
Verified Purchase
What I love about this book is the author has researched the subject before writing the book so it is as historically accurate as you can get. Wept during the execution. Not going to lie very moving. Almost like being there
Read more
One person found this helpful
Report abuse

MimPim
1.0 out of 5 stars No more by
Reviewed in the United Kingdom on 28 November 2018
Verified Purchase
This is the second book I have read by this Author, but no more. I didn't enjoy either one of her books.
Read more
Report abuse

L.R. Zimmerman
3.0 out of 5 stars Slow start - good ending
Reviewed in the United Kingdom on 18 January 2014
Verified Purchase
Really the first half of the book could have been cut by two thirds - it dragged. Although I really like Howe's writing style and ability to get you to empathize with the main character, I felt that she spent too much time describing the minutiae of her life. Personally, I would have preferred to have some different perspectives - for contrast. That said, once the plot got moving I found it a good read.
Read more
Report abuse
See all reviews
Back to top
Get to Know Us
Make Money with Us
Let Us Help You
And don't forget:
© 1996-2021, Amazon.com, Inc. or its affiliates