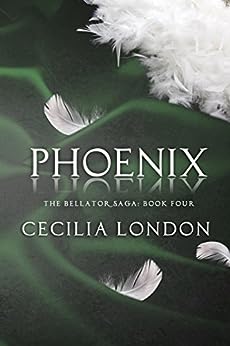 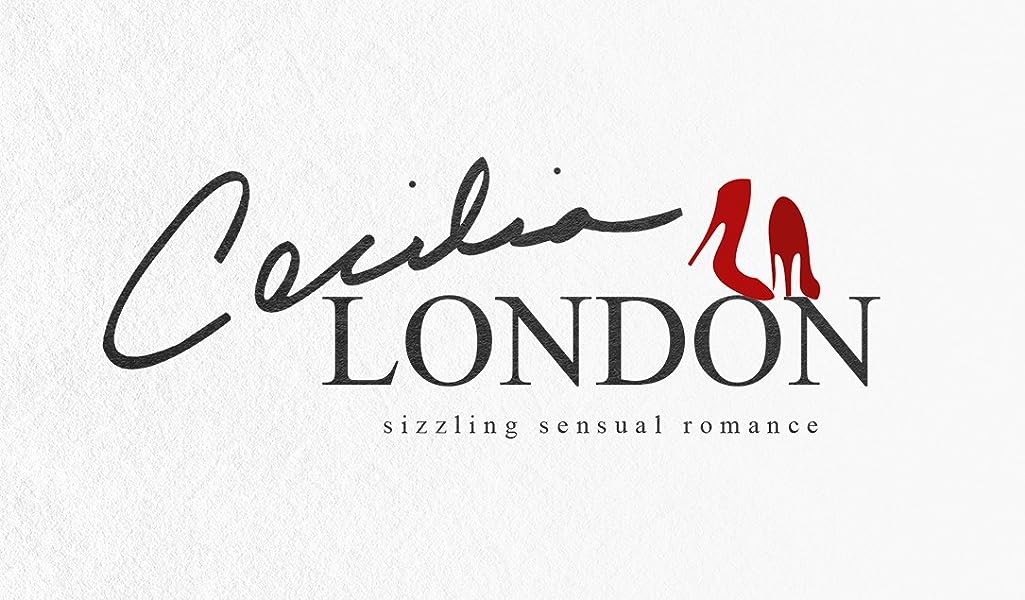 4.7 out of 5 stars
4.7 out of 5
33 global ratings
How are ratings calculated?
To calculate the overall star rating and percentage breakdown by star, we don’t use a simple average. Instead, our system considers things like how recent a review is and if the reviewer bought the item on Amazon. It also analyses reviews to verify trustworthiness.

Veronica
TOP 500 REVIEWER
5.0 out of 5 stars Amazing!
Reviewed in Australia on 5 May 2016
I received a free copy of this book to read and review for Wicked Reads.

Since the dramatic and tear inducing conclusion of Sojourn, I've spent lots time imaging what would happen in Phoenix and where the story would go. I'm pleased to say the author takes the story in a direction I didn't consider. I love that.

Caroline, the woman we adore, has been changed by her time at the Fed and I found her behaviour difficult to read at times. She made me really mad. She is hurting the person she loves the most and trying to protect herself and those she loves. Phoenix is dual point of view so we also get to see Jack's struggle to try to renew his relationship with his wife while she pushes him away.

My heart breaks for Jack. The more difficult Caroline is the more it chips away at his self esteem. It is clear Jack and Caroline are in love and should be together but these two keep getting in each other's way. Phoenix has a lot of angst and heart ache which resulted in plenty of tears from me.

Once again Ms London gives us a fantastic ending leaving me dying for Rhapsody, which this the next instalment. If you haven't read The Bellator Saga you are missing out. It is amazing.

Zetti
5.0 out of 5 stars Another addictive installment to the saga..
Reviewed in the United Kingdom on 3 May 2016
Verified Purchase
Cecilia, you are a genius and I mean that! You just about ended my heart with this book. That cliffhanger, that was mean and you know it! I think my messages kind of proved that one but seriously I NEEEEEEED the next one like now! I truly can’t wait to see what more you bring to this amazingly written saga. You are not allowed to stop writing like ever! You need to keep giving us words and I’ll read your shopping list if that’s what you give me!

Now onto the review:

Caroline has made it to the rebel camp and is thrown into a reality she didn’t think was possible. The one thing that has been consistent throughout the series, is that the books don’t hold back. You get to feel every single raw gritty emotion and I love that. I love that no matter what what we read is the same thing that we feel. We feel their anger, their frustration, their sadness and at times their laughter.

<b> “Life is about more than wins and losses. It’s about relationship. Love. The knowledge that it’s more important to maintain those ties with one another than to do anything to risk the precious bonds that bring us together.” </b>

I am so glad that within this book we got a chance to see into Jack’s mindset and my heart hurts so much for him. I have been rooting for Jack and Caroline from the very first book Dissident. In this book I was firmly in a place where I wanted to knock some sense into them and then I wanted to wrap them in bubble wrap because their pain was ripping my heart out.

Caroline has been through the worst physical and psychological pain imaginable. She is so fragmented and her previous persona is shattered. In her mind there is no way for her to go back to the person she used to be. I’ll admit her insistence at pushing Jack away had me really annoyed, some of the jibes and comments she makes, I know she’s hurting but I just wanted to knock some sense into her.

Jack. Oh my Jack. He has believed for so long that his wife was dead and now that he knows she’s alive, something changes in him. He has hope that he can lead this rebel cause to do something that no one expects of them. He can lead them to achieve their goal and make USA great once more.

<b>“I know you’re in there somewhere, sweet Caroline. We’re going to find you and we’re going to help you, until you come home to me where you belong. Then we are going to finish what we started. Together. I’m not giving up.” </b>

He goes through the wringer in this book and I can honestly say at one point I just wanted him to walk away from Caroline, in order to make her realise just what she is doing to him. One of the comments she makes in regards to their girls nearly made me give up on Caroline altogether. Again she has been through a horrible time and I do get why she is the way she is.

<b>“You have much more than you think. You have people who care about you. You have a cause you believe in. Those material things may be gone but you have everything that came with them. You have a future Caroline. You have hope. Don’t ever forget that." </b>

Caroline does go too far at times in this book. She has pain radiating through her and she doesn’t really know how to deal with it so she’s lashing out verbally. She even lashes out physically at someone but let’s be honest he was asking that one. She’s hurting over the loss of so many people in her life. She truly believes that she’s the reason for it all. She doesn’t get that no matter what had happened, she couldn’t have changed the outcome. I wanted to scream and cry at times. I didn’t like the way this book was going. It was so angsty and raw but I do get that to get to a better time. You have to go through the pain in order to come out the other side.

One of the characters dies in this book. I’m just mentioning that because I still don’t think that person is actually dead. I am almost certain Cecilia will throw another spanner in the works and make it so that they’re actually alive. Please make them alive. I just please!

Towards the end of this book, after all the jibes and comments Jack decides to walk away but Natalie (you’ll find out her role in this book) convinces him to not give up on Caroline. Caroline then makes a decision to go on a mission. I honestly wanted to cry when she said that, I knew that it wasn’t going to end well and then the cliffhanger. For those people who’ve read the previous books, it is a worse cliffhanger than the rest. I neeeeeeeeeeeed the next one!! The wait for the next one is slowly going to kill me but I’m holding onto hope that soon there will be light at the end of the tunnel and we get to see their smiles again. I am also hoping we get to see their rebellion win. The corrupt government deserve to be ruined and for Jack and Caroline to lead their rebellion and prove to the world that the government is doing more damage than it is doing good.

This saga is crafted in such a gifted way, the story doesn’t drag and you just find yourself wanting more of this addicting series. There is hatred, there is pain, there is hope, there are insecurities and fear but most of all there is love. Beneath all the angst there is a love that transcends time. Their love and I truly believe this, is a love worth fighting for. Cecilia doesn’t hide anything, she doesn’t sugar coat things. It is real. It is raw. It is gritty. It is thrilling! It is now one of my absolute favourite series ever and Cecilia has made it onto my automatic one click list which is short but sweet. She’s insane, mean, evil and brilliant all in one!

5 stars is not enough. I would give it a million stars if that was possible!!
Read more
Report abuse

GillyMel
5.0 out of 5 stars Another 5 Star read
Reviewed in the United Kingdom on 3 May 2016
Verified Purchase
Phoenix by Cecilia London

The fourth installment in the Bellator Saga, I have been waiting for this book since Sojourn left me hanging!
We start exactly where Sojourn ended, with Caroline reunited with Jack - happy days, I thought, all the heartache that Caroline and I had suffered in Sojourn was over. Ha! Not a chance! In this book we see a lot more from Jack's POV and suffer along with him this time, as Caroline constantly pushes him away. At times I felt like my heart was breaking, I wanted to get hold of the author and shout at her for making him (and me!) feel like this. Just when you think they are making progress, she turns on him again - I don't think I liked Caroline very much in this book sometimes, I wanted to shake her and make her see how Jack was feeling.
However, once again, Cecilia London's writing is amazing, to invoke those feelings in the reader is a real talent and I'm so glad we have two more books to look forward to.
Read more
Report abuse

Rossie
5.0 out of 5 stars No words, but hells bells ... So many emotions. 5 incredible stars
Reviewed in the United Kingdom on 12 June 2016
Verified Purchase
When I first started this amazing series I knew from the first few pages that it would be a rollercoaster of a story. First and foremost this has to be my number one read for 2016 and if you are yet to start these books then I urge you to start them now.

I am reluctant to tell you any of the story, apart from the fact this is so gut wrenching at times, you feel so many mixed emotions as you turn the pages. Caroline who is suffering from extreme PTSD along with lots of other emotions makes this at times so heartbreaking. Then there is Jack who is also in his own purgatory and unfortunately nothing seems to going the way he had hoped.
Thank you Cecilia London for taking us on this journey and you sure guaranteed a big "To be continued" with the way you ended the story! So hurry up, please as I am eagerly awaiting Rhapsody.
Read more
Report abuse

Amazon Customer
5.0 out of 5 stars Five Stars
Reviewed in the United Kingdom on 25 June 2016
Verified Purchase
cant wait for the next book
Read more
Report abuse