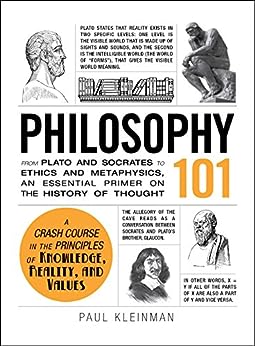 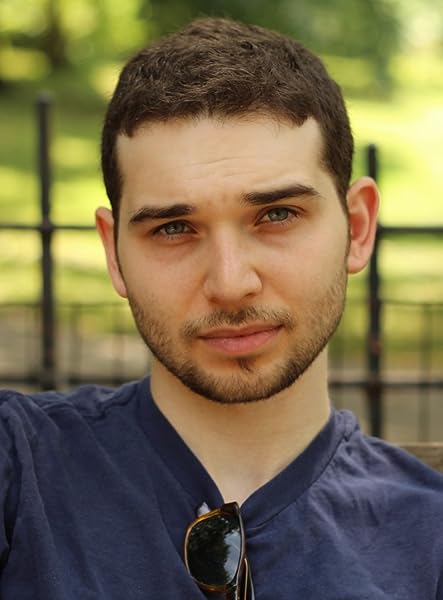 Philosophy 101: From Plato and Socrates to Ethics and Metaphysics, an Essential Primer on the History of Thought (Adams 101) Kindle Edition

Paul Kleinman grew up in White Plains, New York, and currently resides in New York City. He graduated from the University of Wisconsin in 2009 with degrees in art and communication arts: radio, television, and film. His previous work includes Freudian theory published by McSweeney's, "The Bullsh*t Artist," "A Ton of Crap," and "Psych 101." --This text refers to an alternate kindle_edition edition.

Paul Kleinman grew up in White Plains, New York, and currently resides in New York City. He graduated from the University of Wisconsin in 2009 with degrees in Art and Communication Arts: Radio, Television and Film. Out of fear that his author bio is painfully boring, he began making things up. He is an astronaut. He trains cobras. He is very tall and in no way sickly pale. He is also a humor writer. That one is true. Maybe.

4.6 out of 5 stars
4.6 out of 5
584 global ratings
How are ratings calculated?
To calculate the overall star rating and percentage breakdown by star, we don’t use a simple average. Instead, our system considers things like how recent a review is and if the reviewer bought the item on Amazon. It also analyses reviews to verify trustworthiness.

Amazon Customer
5.0 out of 5 stars Comprehensive & Readable
Reviewed in Australia on 26 June 2017
A thoroughly comprehensive and eminently readable introduction to philosophy that seemingly canvasses all aspects of the development of human thought.
Read more
Helpful
Report abuse
See all reviews

ADry
5.0 out of 5 stars Helped me in a time of panic!
Reviewed in the United Kingdom on 20 March 2021
Verified Purchase
I started a Doctorate programme with zero knowledge of philosophy and yet it was one of the central modules! In panic I bought some books to get me started on the basics and this really did the job! It was very accessible. I would really recommend it if you wanted to dip your toe in, or if you're using it as a basis to help make sure you didn't sound like much of an eejit in front of your class! I'm now hardcore into philosophy!
Read more
5 people found this helpful
Report abuse

carasamazon
5.0 out of 5 stars Cool!
Reviewed in the United Kingdom on 17 November 2018
Verified Purchase
Book is mini and I had expected a bigger annual style one, however it’s very cute and full of information. My sister loved them as a gift - great stocking fillers
Read more
One person found this helpful
Report abuse

Konstantinos Pateras
4.0 out of 5 stars DEMOCRACY
Reviewed in the United Kingdom on 20 August 2020
Verified Purchase
interesting and enlightening
Read more
One person found this helpful
Report abuse
See all reviews
Back to top
Get to Know Us
Make Money with Us
Let Us Help You
And don't forget:
© 1996-2021, Amazon.com, Inc. or its affiliates