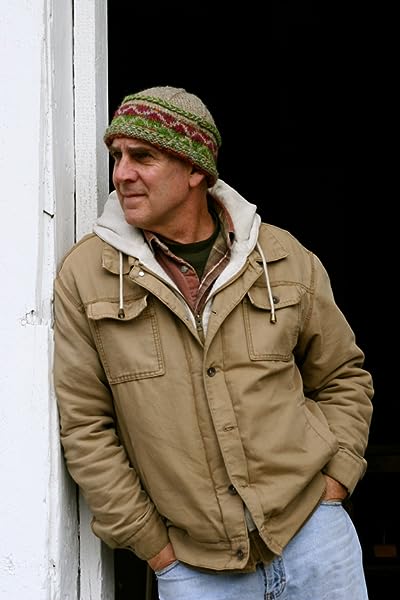 The Philosopher Fish: Sturgeon, Caviar, and the Geography of Desire Hardcover – 9 February 2005

by Richard Adams Carey (Author)
4.2 out of 5 stars 10 ratings
See all formats and editions
Sorry, there was a problem loading this page. Try again.

Richard Adams Carey grew up in Connecticut, attended Harvard, and worked various low-paying jobs before going to teach in the Yupik Eskimo villages of western Alaska. His first book, "Raven's Children," was described by Alaska Magazine as "the best book on Alaska since John McPhee's classic 'Coming Into the Country.'"

The New York Times praised "Against the Tide" as "deep ecological journalism at its best, a worthy successor to such classic portraits of American fishermen as William W. Warner's 'Beautiful Swimmers' and Peter Matthiessen's 'Men's Lives.'"

"The Philosopher Fish," said Kirkus Reviews is "a book about America in microcosm. Caviar, as it turns out, is not just tasty. In Carey's hands, it's luminous."

Carey lives in Sandwich, New Hampshire, and teaches in the MFA fiction and nonfiction program of Southern New Hampshire University.

John the Reader
5.0 out of 5 stars Our Choice...
Reviewed in the United States on 27 July 2012
Verified Purchase
The thrilling, elegantly written crime-story, travelogue, history and adventures of a 250-million year old fish that has 4, 8 or 16 chromosomes. Yes, of course it is about caviar as well, as the inventor of the word "ecology" and founder of the Sierra Club himself John Muir said, way back in the 1800s, "you follow the money" and the money, in caviars case, leads to the death and extinction of one of the world's greatest fish, the sturgeon.

The attempts to save the endangered species of the world, from man's grasping greed, are nearly all sad stories with very unhappy endings. The importance of the sturgeon is not in the "black gold" of caviar alone, not the jaded palates of our Gatsby's, but in its links to our own evolution and understanding. Carey undertook research in the sturgeons waters from Florida's Suwannee River - where my wife had the privilege of seeing a sturgeon leap like a mackerel - to the weirdness and corruption of Turkmenistan. This book has been built upon very much boots-on-the ground research, which yielded facts, characters and experiences that made the author weep. It is only a story about a fish ... and a scaly monstrous, dragon-like beast at that ... but the pathos of this animal's slaughter - still only rated as "Threatened" despite its poaching and poisoning - is truly heart rending.

Will we continue to choose oil and dams, Their attendant pollution, theft and corruption, which cater to mankind's need for instant gratification, or do we, somehow, somewhere, find resources for these endangered species which are "for ever" as peoples as diverse as Native Americans and Caspian Sea fisherman plead?

A very powerful, well written book that will give any reader food for thought, particularly if they love caviar!
Read more
2 people found this helpful
Report abuse

C. Kent
4.0 out of 5 stars Good read but focuses more on legal battles and less on the fish.
Reviewed in the United States on 27 October 2010
Verified Purchase
The Philosopher Fish is a well-written and entertaining look at sturgeon, sturgeon conservation and caviar. Gets a little too much into legal battles across borders and illegal caviar traffic, but still worth a read. I would give it 5 stars if it focused on the fish a little more.
Read more
4 people found this helpful
Report abuse