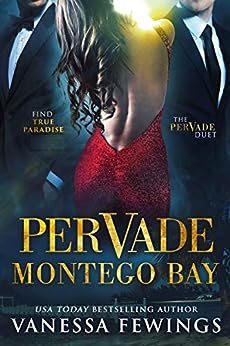 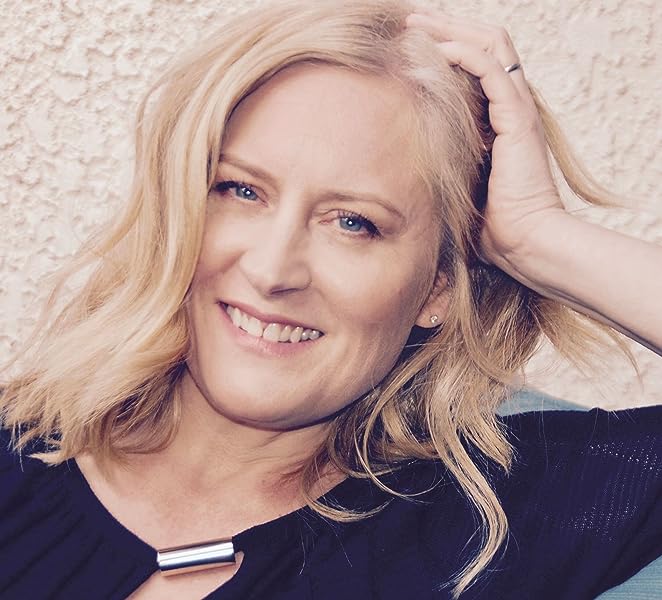 Miss C
4.0 out of 5 stars ** Mystery and Romance **
Reviewed in Australia on 12 July 2021
Verified Purchase
A ménage à trois romance between a budding musician and two mysterious and influential men, set in a lush, Jamaican backdrop.
A lesson "that destiny has a way of finding us; that love always finds a way."
Read more
Helpful
Report abuse

IheartRoarke
TOP 500 REVIEWER
5.0 out of 5 stars Xavier and James have stolen my heart
Reviewed in Australia on 18 August 2019
In the first few chapters, I was already ready to crash tackle James and beat the cr*p out of him. His cold and unfeeling actions were cruel and harsh. However, the journey through the past gives us a glimpse into what shaped James and why he is so determined to distance himself away from those who love him. In a way, he feels undeserving of love and I feel for him. I began to better understand James and why his hard exterior was appearing all the time. I did want to wrap him in a blanket and cuddle him tight.

Xavier is still the hot and compassionate man I loved from the start. He can be quite playful too. And he is very perceptive. He knows James better than anyone and he is about the only one who can get through to him. Xavier is incredibly thoughtful and would do anything for both James and Emily. It makes your heart melt.

Emily is like Nancy Drew, trying to unravel the puzzle that is James Ballad. She is determined to break through that icy barrier he has erected and have him embrace the gift they have been given. I love her fight and fortitude in making sure what they found isn’t lost. But she isn’t the only one trying to uncover secrets. Someone is also determined to found out what James is hiding…

The three of them together is so wonderful. It’s not just about the sexual chemistry but the love that bonds them together. Each of them brings something to the relationship. They bring out the best in each other and help ease the sorrow that once lingered in their lives.

This duet has been a fantastic journey that shows the power of love and how it can heal pain and loss. With such complex and multilayered characters, the story was enriched with their playful, stubborn and heartfelt interactions. Xavier, James and Emily are unforgettable characters that continue to linger in your mind long after the final page is read. I’m sad to see the end of the duet but hope we might get a little more of them somehow.
Read more
Helpful
Report abuse

Ria - Reading Is Our Satisfaction
TOP 100 REVIEWER
5.0 out of 5 stars Exhilarating, enthralling, intriguing
Reviewed in Australia on 19 August 2019
Picking up where Pervade London concluded, Vanessa Fewings' PERVADE MONTEGO BAY takes her readers on an exhilarating, enthralling and intriguing journey. Ms Fewings brings passion, mystery and revelations to an already complex story involving three of the most multilayered characters I have had the pleasure of reading about.

Emily Rampling has accepted a surprise invitation and has arrived in Montego Bay. Expecting to find the two men she loves there, Xavier Rothschild and James Ballad, she is stunned to learn that Xavier is missing and James acting very cold towards her. She also learns that James has decided to use her to get Xavier to come out of the woodwork and return. James is involved in an accident, and it is here that the story switches. We learn of the history between James and Xavier and how they first met. This switch explains why James has become the man he now is, and it also explains how his relationship with Xavier developed.

James' accident does bring Xavier out of hiding, it is from this point that James' plan moves to the forefront. He wants Xavier and Emily together, but he also wants them away from him so that they are safe. The problem being, Xavier and Emily both bring out his desires, their presence also breaks him out of the dark prison he has put himself in since his wife's death. When the three of them are together it is scintilating reading, they are like a volcano erupting under enormous pressure ... they are a neverending heatwave. Will James forgo his own happiness to ensure Xavier and Emily are safe? James' story is heartbreaking, his pain immense, but he is trying to remove the only two people who can heal him.

James is also hiding a secret, one that Xavier knows but Emily does not. It is a secret, that if discovered, would have vast repercussions, lives would be dramatically altered. Emily stumbles upon part of this secret and endeavours to solve it's mystery. This was a superb side story to the main one, as it showed another side to James that was rarely seen ... compassion.

PERVADE MONTEGO BAY was an emotional read. I cried, laughed, grew frustrated, angry and raged. The pain James continues to hold on to is devastating, especially when his release is right in front of him. This story had me completely spellbound from the beginning. The Pervade Duet is one that I will definitely read over and over again. That epilogue .... simply sublime.

This duet is definitely one of my top reads for 2019. Highly recommended.

JJ
5.0 out of 5 stars Don't miss this duet. Fabulous.
Reviewed in the United Kingdom on 21 October 2019
Verified Purchase
Wow what a story. I have just devoured this duet and i didn't want it to end what an amazing love story. I thought all the characters were fabulous especially James, i'm glad we got to know his story and Xavier was a brilliant friend.loved it.
Read more
Report abuse

Cathyhannahrblack
5.0 out of 5 stars I was waiting for the release of this Book it so did not Disappoint Loved Loved this Book!!
Reviewed in the United States on 24 August 2019
Verified Purchase
Well Vanessa did it again. She took us on this wild ride from London to Montego Bay, Jamaica. Wow is all I can say about James and Xavier and of course the lady in the center of it all Emily. Emily the violinist, and the Men of Pervade. You have to read the books if you want to find out what Pervade is. James was giving me such angst. I was happy one moment with how things were finally going with her and these men that she loved and then I was worried that things were not going to work out for them. Bringing Louis into the mix was an extra bonus. Who would of thought. Anyways as always I loved the way Vanessa brings the conclusion to her books not matter how many books in the series. This is one you might want to get in paperback it is so good. I have given thought to that hm-mm...I will see. I highly recommend. If you read any of Vanessa Fewings books you will love this.
Read more
Report abuse

Blackcat13
5.0 out of 5 stars I have a book hangover of epic proportions !!!!
Reviewed in the United States on 21 August 2019
Verified Purchase
I love this series , this book didn’t disappoint. My anxiety was riding high through much of the book but the beautiful Epilogue soothed my aching heart all while the violins played and I thought of the warm breeze off the water.

James is slowly letting his shattered heart be pieced back together by Xavier & Emily but he sure doesn’t make it easy.

It will take some time to recover from this book hangover :)
Read more
One person found this helpful
Report abuse

Sharon Baum
5.0 out of 5 stars Brilliant conclusion to a beautiful story
Reviewed in the United States on 2 April 2020
Verified Purchase
This beautiful compelling story is a continuation of Pervade London that brings us from London to Montego Bay in Jamaica. Again it has such depth to the characters and we meet a new character (Louis) who has an intriguing back story. Will Emily realize her dream. Will Xavier be able to convince James to let go of his past and enjoy the future he and Emily are offering him. This story is full of drama, intrigue, mystery and is a story of beautiful love between Emily, Xavier, and James and just blew me away. I love this author's work.
Read more
Report abuse

Jami Kehr
5.0 out of 5 stars Intriguing Music
Reviewed in the United States on 7 October 2019
Verified Purchase
This is the kind of love story for the ages. The duet is exquisite and lusciously dark. The only thing I could compare it to is maybe that perfect cup of coffee or the expensive chocolate that melts in your mouth making your taste buds explode in delight. That's what this story is... A perfectly sinful journey for your senses. This will be one that I return to multiple times. I almost wish I could reread it for the very first time, to get all those feelings back.
Read more
Report abuse
See all reviews
Back to top
Get to Know Us
Make Money with Us
Let Us Help You
And don't forget:
© 1996-2021, Amazon.com, Inc. or its affiliates