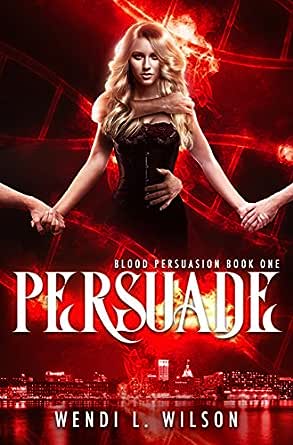 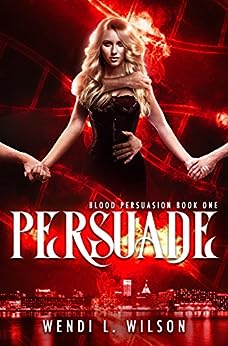 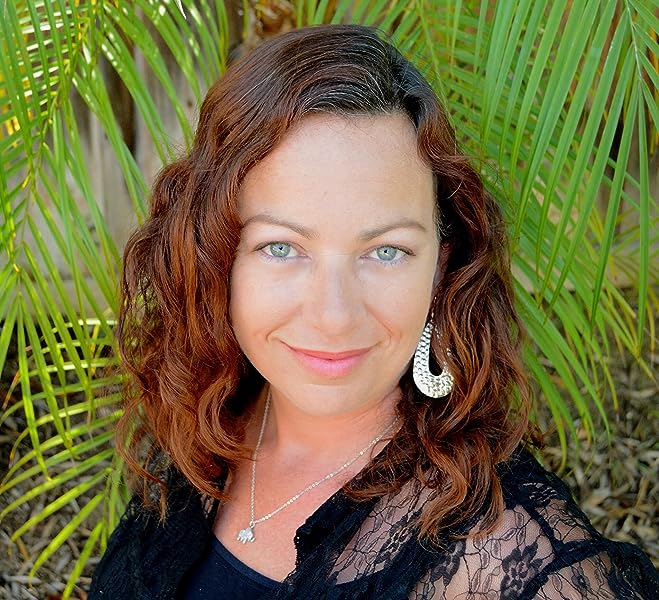 4.2 out of 5 stars
4.2 out of 5
24 global ratings
How are ratings calculated?
To calculate the overall star rating and percentage breakdown by star, we don’t use a simple average. Instead, our system considers things like how recent a review is and if the reviewer bought the item on Amazon. It also analyses reviews to verify trustworthiness.

CoullCat
TOP 500 REVIEWER
3.0 out of 5 stars Double Standards and Insta-Love
Reviewed in Australia on 9 July 2018
Verified Purchase
Persuade is a quick easy paranormal romantic read. Very YA in temper and tone with hints of Meyer’s Twilight - there’s even multiple mentions of the Twilight series that has me thinking Wilson is a bit of a fan.

Set in high school with a content warning for readers aged 16 plus, I was pretty sure before reading it that it might be a bit young for me. And in all honesty it wasn’t too bad but there were a few things that stripped it of a four star rating for me. The main one being the fact that our main character, Savanna, tells the guys she loves them after only a couple of days - how can you even truly know someone after only three days - but then to make matters worse, she tells them she’s IN LOVE with them. This is too close to insta-love for my tastes, feels like infatuation more than love.

Wilson has created her own unique world of vampires; I do really like the concept of the Alt and their gift of pursuasion. Savanna, as the hot tempered MC, is not your average whiney teenager found in YA novels. Insta-love aside, she is rather clear sighted and honest about her life, I was not surprised at the secrets revealed regarding her however. The guys are a good mix and appear to be true to their 17 year old selves. I didn’t like how Wilson had Savanna ordering the guys around in regards to taking their tops off and similar, but when one of them joked about her maybe returning the favour in the future Savanna bulked and got all nervous. Also, I didn’t like how Savanna got all righteous when the guys tried to use pursuasion on her but she’s happy to use it on them - fairs fair, equality and all that jazz, can’t have one rule for guys and another for girls; everyone deserves to be treated with respect

Wilson’s writing style is typical of many YA authors, easy to follow. There were a few editing errors but nothing major, and as this was book one it concentrated on building the relationship between Savanna and the guys so not a lot happened; hopefully there will be more plot development in book two. As a true YA, there is only kissing and some heavy petting, and even though it is a RH it concentrated on their singular relationships more than a group one; one of the guys even mentions that the thought of doing anything while his brothers are there is gross, so maybe not a true RH. If you are a fan of Twilight, like YA Reverse Harems and don’t mind a bit of insta-love then I’d recommend giving Pursuade a go, and with no cliffhanger and book two almost out it is safe to start anytime.

Liash
TOP 50 REVIEWER
5.0 out of 5 stars Loved it - unique concept and very well written - highly recommend!
Reviewed in Australia on 17 June 2018
Verified Purchase
This is as a great read! A unique and interesting tale on vampirism and the history of how they were created - Alts are the unexpected result of a scientific experiment meant to try and increase strength and extend life by reducing the aging gene. Sadly that experiment didn't work on the test subjects, but what they didn't realize until later was that it increased fertility in the female subjects resulting in higher rate of multiple births (twins and triplets) and those babies were affected - they need to consume blood to survive, but from donors, not by biting humans. These offspring are the Alts.

Savanna has been ostracized all her life, bullied by her peers she keeps to herself and while its lonely it seems to work for herm that is until a new student bumps into her in the school hallway. She is shocked to realise he is an Alt, and even more so when she learns he is one of a set of triplets. They know there is something different about Savanna and befriend her. What all of them didn't expect was how different she really was, and the 'why' behind it.

Secrets are exposed and now Savanna has to make a decision that will not only affect her and her parents, but Jett, Wyatt and Beckett as well.

Beautifully world building and character development. I loved how the RH came together and that it wasn't easy - there is jealousy between the brothers that they all need to navigate. I also liked that they were all so different to each other and their personalities clearly defined.

Slightly cliffhanger'ish ending, but it just makes me want the next book sooner. Can't wait for more and will be looking up other books by this author if this is the quality to expect.
Read more
One person found this helpful
Helpful
Report abuse

SIMMERRI_1
5.0 out of 5 stars Brilliant and Engaging read!
Reviewed in Australia on 24 September 2018
Completely loved this book, it grabbed my interest right from the start and held it right through to the end. I felt the character development was really good, I knew the differences between the triplets just as Savanna did. Savanna herself was an interesting character and her back story was really interesting and was more intriguing as the story progressed. I would completely recommend this book to others who like RH.
Read more
Helpful
Report abuse

Lee-Anne
4.0 out of 5 stars A great concept
Reviewed in Australia on 15 August 2018
A great concept with a unique storyline but not much action. This type of novel is based on emotion rather than jumping from one action scene to another. It also appeared to be setting the foundations for larger plots in the following series.
There was something about this book that reminded me of the vampire diaries. With a bit of patience from the reader, it could be a good series.
Read more
Helpful
Report abuse

Brooke
TOP 1000 REVIEWER
5.0 out of 5 stars Good book
Reviewed in Australia on 14 February 2019
Was a good book to read although everything happened so fast I got whiplash 3 days to fall in love but in saying that I can’t wait to read the next book
Read more
Helpful
Report abuse

Michelle Murphy
TOP 500 REVIEWER
4.0 out of 5 stars Interesting
Reviewed in Australia on 3 July 2018
This story was intriguing. The storyline was interesting, a young adult story that is also a reverse harem definitely different. The characters were engaging and entertaining.
Read more
Helpful
Report abuse

Sammy King
TOP 1000 REVIEWER
4.0 out of 5 stars Not bad
Reviewed in Australia on 17 June 2018
This is quite a good book. It has a lot of potential of getting even better. The first book spends a lot of time setting up the story line so not a great deal happens.
Read more
Helpful
Report abuse

Donna (BookDragonGirl)
5.0 out of 5 stars A really good YA Paranormal Romance!!
Reviewed in the United States on 26 December 2020
Verified Purchase
Savanna and her boys are so sweet. Such an innocent RH...this is why YA RH are rare. I loved it!! And how different each of the triplets is...nerdy, fun-loving and serious/cocky. I loved each one of them as much as Savanna does. I also feel for them, because of how they’ve been treated throughout their lives.

The original take on vampires was great!! And Alts aren’t exactly like vampires, they just depend on blood, have great hearing and can persuade humans. But they don’t have super speed, super strength and they can be out in the sun. The story behind how the became Alts is interesting too.

I thought the writing was great and the dialogue very realistic and easy to follow. The characters are complex to a degree and I look forward to seeing more of them in book two!!
Read more
Report abuse

Ashley L. (#WHYCHOOSE)
5.0 out of 5 stars Loved it
Reviewed in the United States on 26 July 2018
Verified Purchase
This book is so different from anything I've read..I honestly thought it was going to be more vampirish lol but I loved that it wasn't what I expected..I love savanna's fire it doesn't take much to set off her temper an the boys are so different in their personalities I don't think I could even pick a favorite..this story was well written and I'm looking forward to book 2!!!
Read more
2 people found this helpful
Report abuse

Rachel
4.0 out of 5 stars First foray into reverse harem fiction :-)
Reviewed in the United States on 12 September 2018
Verified Purchase
For my first reverse harem read, I think I picked a good one! The premise of Alts was an interesting one, the story moved along at a good pace, and I enjoyed getting to know the three different male leads. In a world where having multiple partners isn't the norm, the reverse harem aspect was dealt with in as realistic a way as possible. Each of the three romances was unique, and I look forward to seeing how they grow and where the overall story goes.
Read more
Report abuse

Karen McGuffey
4.0 out of 5 stars I really liked it!
Reviewed in the United States on 12 July 2019
Verified Purchase
I really whizzed through this book. The characters were interesting and the plot compelling it has a bit of a cliffhanger. Well kind of a cliffhanger. I cannot wait for the next one.
Read more
Report abuse
See all reviews
Get FREE delivery with Amazon Prime
Prime members enjoy FREE Delivery and exclusive access to movies, TV shows, music, Kindle e-books, Twitch Prime, and more.
> Get Started
Back to top
Get to Know Us
Make Money with Us
Let Us Help You
And don't forget:
© 1996-2020, Amazon.com, Inc. or its affiliates