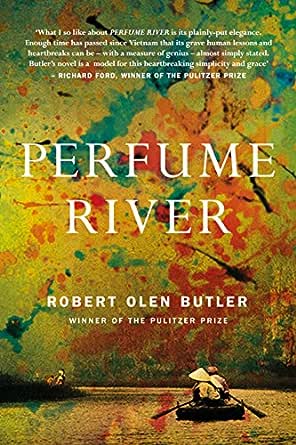 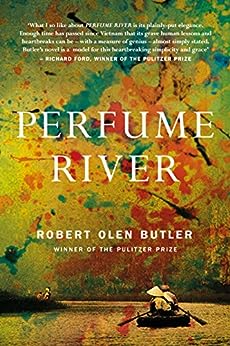 Robert Olen Butler is the Pulitzer Prize-winning author of sixteen novels, including Hell, A Small Hotel, and the Christopher Marlowe Cobb series. He is also the author of six short story collections and a book on the creative process, From Where You Dream. He has twice won a National Magazine Award in Fiction and received the 2013 F. Scott Fitzgerald Award for Outstanding Achievement in American Literature. He teaches creative writing at Florida State University. --This text refers to the hardcover edition.

4.0 out of 5 stars
4 out of 5
79 global ratings
How are ratings calculated?
To calculate the overall star rating and percentage breakdown by star, we don’t use a simple average. Instead, our system considers things like how recent a review is and if the reviewer bought the item on Amazon. It also analyses reviews to verify trustworthiness.

Anne Whight
TOP 500 REVIEWER
5.0 out of 5 stars Wow! This rings so true. One of the best books I've read for a while.
Reviewed in Australia on 10 May 2017
Verified Purchase
Wow. Loved it. Heartbreaking at times, but oh so real, this is a fictional story that reveals the experiences of those who went to War and came back altered men, the impact on their families, and the attitude of some who didn't go and couldn't understand. It's mainly about a Vietnam vet who meets a homeless man. I'll say no more or I'll spoil it.
Read more
One person found this helpful
Helpful
Report abuse

Phil
4.0 out of 5 stars Insightful representation of family relationships impacted by war.
Reviewed in Australia on 4 June 2019
Verified Purchase
Parallel journeys intersect around the death and funeral of a WWll
Veteran whose war experience and domination of wife and sons has caused misunderstandings and passive aggressive hostility as well as self doubts and disfunction in family relationships.

Susu
3.0 out of 5 stars Family relationships in the shadows of war
Reviewed in Australia on 28 April 2017
Verified Purchase
I am planning a trip to Vietnam, and sought some background knowledge of those times. The story is mostly about the relationship between two brothers and their stern father, with war experience as a background theme.
Read more
Helpful
Report abuse
See all reviews

Andrew
3.0 out of 5 stars Very disappointing
Reviewed in the United Kingdom on 10 March 2018
Verified Purchase
This book describes the dysfunctional relationships between two brothers and their father, repetitively and endlessly, so much so that I gave up after 60% of the book was read. I don't recommend it, despite others' glowing reviews.
Read more
3 people found this helpful
Report abuse

Laska,,z
5.0 out of 5 stars Thought provoking
Reviewed in the United Kingdom on 19 April 2018
Verified Purchase
I really enjoyed this book. Against a background of war experiences we see an examination of relationships. How do we interact with our loved ones. What space do we allow them. How do we change over time. How important is being there, hugging family members and really embracing partners. Do reflect.
Read more
One person found this helpful
Report abuse

nickyb
4.0 out of 5 stars Prize Perfume
Reviewed in the United Kingdom on 18 May 2018
Verified Purchase
Another enjoyable piece of literature. I had never heard of this author but bought the book on his revealed reputation. A father-son brother to brother relationship novel set mainly in the Vietnam War situation. Beautiful writing and full of emotion. Really well tied together. Will read more by this author.
Read more
Report abuse

Charles C
5.0 out of 5 stars In a word - brilliant!
Reviewed in the United Kingdom on 30 July 2018
Verified Purchase
Just come to the end of the Perfume River.
ROB is a master at his craft; his use of words is so accessible and yet they express thoughts and emotions that are so painfully profound.
He creates characters that lift themselves from the page. It is as though you can feel their breath on your face.
His steam of consciousness paragraphs are masterful. Such a talented man. Sad that it’s come to an end.

David Sherrington
2.0 out of 5 stars Self indulgent book about nothing.
Reviewed in the United Kingdom on 7 April 2018
Verified Purchase
Reads like a college writing excercise. Clever, minuscule observation but prose which does not sparkle. The occasional fine turn of phrase not worth the directionless verbal rambling around it. Gave up at 27% read when any plot, philosophy, character development.or ambience still not in evidence.
Read more
Report abuse
See all reviews
Get FREE delivery with Amazon Prime
Prime members enjoy FREE Delivery and exclusive access to movies, TV shows, music, Kindle e-books, Twitch Prime, and more.
> Get Started
Back to top
Get to Know Us
Make Money with Us
Let Us Help You
And don't forget:
© 1996-2020, Amazon.com, Inc. or its affiliates