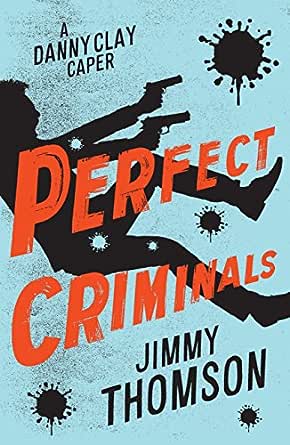 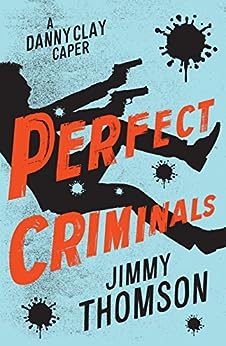 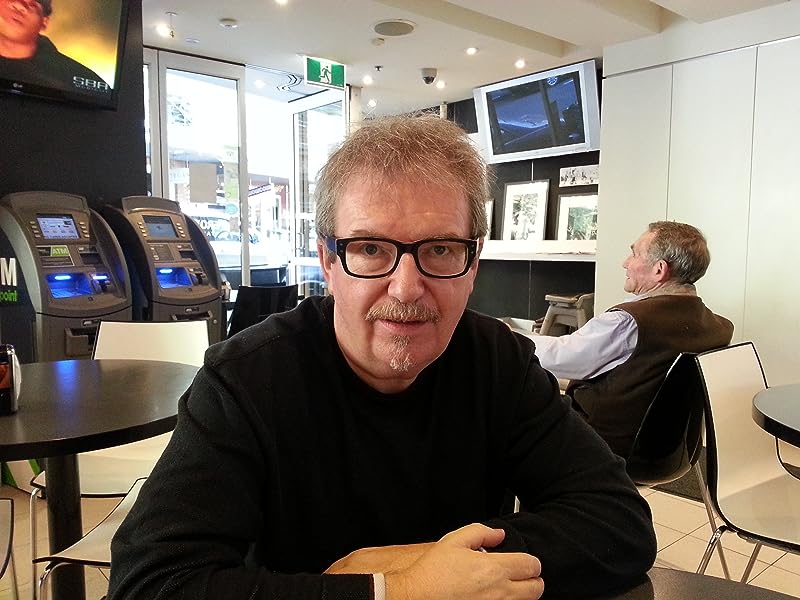 Jimmy Thomson has written three military histories of sappers (Army Engineers) as well as a true crime memoir set in Kings Cross. He is also a successful TV scriptwriter, having created three TV drama series: Breakers (set in Bondi), Crash Palace (set in Kings Cross) and Rain Shadow which ran on the ABC starring Rachel Ward. He has worked in TV across Australia, spent time working for Fox studios in Los Angeles and been nominated three times for TV sitcom writing awards. Jimmy has lived in Kings Cross for decades, where many of the people he's met have inspired the great characters in PERFECT CRIMINALS. --This text refers to an alternate kindle_edition edition.

Alan J. Hill
5.0 out of 5 stars Strong debut
Reviewed in Australia on 23 February 2018
Author, journalist, biographer, blogger, broadcaster, publisher and television scriptwriter Jimmy Thomson has now turned his hand to crime fiction. The quest for world domination will just have to wait, apparently.

In Perfect Criminals, he takes us into the sphere of a rather large cast of characters _ some colourful, all credible _ who figure in a crime caper that requires quite a lot of effort from the reader, but it’s effort well worth making.

The plot rattles along, and, without venturing into “spoiler alert” territory, much of the action takes place in Thomson’s home ground of Kings Cross in Sydney _ a tricky area to write about these days, a shifting target as it is overwhelmed by the dark and remorseless forces of gentrification.

But Perfect Criminals also ventures offshore, to Los Angeles, in a particularly vivid and well-written passage that shows this new crime novelist has a real talent for depicting action.

A strong first effort. We’ll assume and hope that Jimmy Thomson has more books in the pipeline.

Sharon Kay
5.0 out of 5 stars More please!
Reviewed in Australia on 23 February 2018
This ends with a set-up for a sequel, and it can’t come quickly enough. This laugh-out-loud crime thriller is a departure from so much of the cliched offerings in the genre. And although the hero. Danny Clay, is satisfyingly flawed, many readers will feel more for his female sidekick, Zan, who loves her mum, has defective gaydar and can kill with a well-placed head but.

Megan Rowe
5.0 out of 5 stars The beginning of a beautiful friendship
Reviewed in Australia on 25 February 2018
Great book, the first in what I hope will be a long series. The author knows Kings Cross and LA and that knowledge makes the scenery jump out for the reader. The protagonist Danny Clay is someone to watch. A hero who will develop and expand into someone the reader will gain a real attachment to. His sidekick Zan (Xanthe) is a worthy part of the team which includes a variety of interesting bit players as well as an ex DEA mate in the US of A who comes in very handy during some tense scenes. Looking forward to 2, 3, 4 Danny Clay books.
Read more
Helpful
Comment Report abuse
See all reviews

Lagoon
5.0 out of 5 stars Toughs in Tinseltown
Reviewed in the United Kingdom on 19 February 2018
Verified Purchase
From Afghanistan to Hollywood; not so much of a leap and just as deadly in its own way. Danny Clay has left the army and is trying to make a name for himself as a script writer. When one of Danny’s friends is murdered and another takes his own life, Danny sees the dark side of Tinseltown and along with Zan, a script editor and possible future girlfriend, sets about finding out who is taking more than a passing interest in a script that they are both involved with.

The script, Redneck Airlift, is not going to win any oscars but a studio has taken an interest in it as has a local hoodlum with the wonderful name of Tony Cufflinks.

Danny is a well drawn character and Zan is a grenade in hot pants. The peripheral characters including PBA, the paintball assassin, help keep the story at a high tempo whilst the shift from Sydney to LA is seamless and introduces the reader to a whole new level of seedy film producers and movie wannabes.

A highly entertaining read, written with confidence and finesse. I hope to read more about Danny and Zan again real soon.
Read more
Report abuse
See all reviews
Get FREE delivery with Amazon Prime
Prime members enjoy FREE Delivery and exclusive access to movies, TV shows, music, Kindle e-books, Twitch Prime, and more.
> Get Started
Back to top
Get to Know Us
Make Money with Us
Let Us Help You
And don't forget:
© 1996-2020, Amazon.com, Inc. or its affiliates