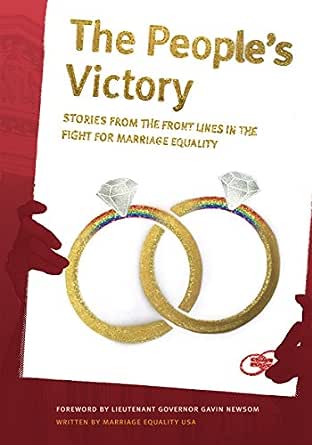 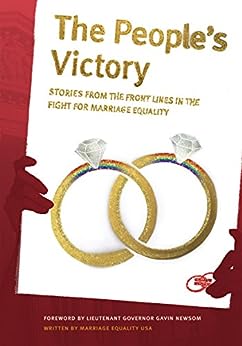 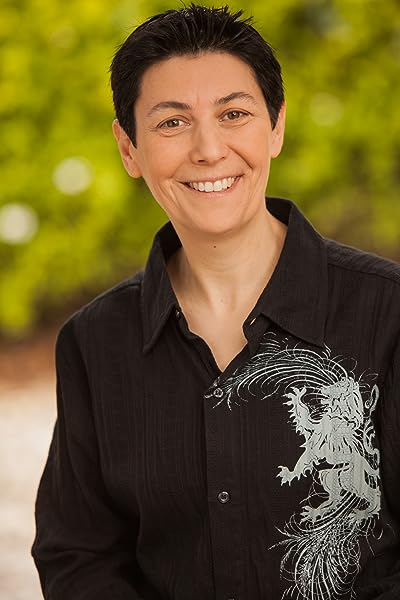 The People's Victory: Stories from the Front Lines in the Fight for Marriage Equality Kindle Edition

"“The People’s Victory is a mirror for each of us to see our own power to fight for justice and create the change we want to see in our world.” – Gavin Newsom, Lieutenant Governor of California

In 1996, a small group of Americans from all walks of life banded together to create one of the most miraculous political victories in modern American history. Opponents attacked the issue of marriage equality as amoral and a direct threat to families. Allies warned that it was a generation away from being practicable and a selfish drain of precious political capital.

A stirring oral history told by those who almost inexplicably found themselves fighting on the front lines, The People's Victory recounts the successes – and the setbacks – that only served to strengthen everyone’s resolve to resist, fight, and bring equal marriage rights to an entire nation. Through it all, these love warriors found their voice and home in Marriage Equality USA, the nation’s oldest and largest grassroots organization of its kind. While high profile books, articles and documentaries have covered the judicial and legislative machinations, this book puts a human face on the people who made the everyday personal sacrifices to keep the movement alive.

The People’s Victory shares deeply moving personal testimonies of over sixty people, from Marvin Burrows, who was forced out of his home and lost many treasured possessions after losing his lost his partner of fifty years; to Kate Burns, who risked arrest for the first time when she stood up for her relationship; to Mike Goettemoeller, who pushed his mother in a wheelchair with Marriage Equality USA to fulfill her dream of marching in a Pride parade.

Edie Windsor, the triumphant lead plaintiff in the Supreme Court case United States vs. Windsor recounts shouting down a major LGBTQ organization with “I’m 77 years old and I can’t wait!!” when they attempted to belittle marriage as a critical issue. Writer and producer Del Shores shares the touching moment his young teenage daughter used tears and laughter to console him after the passage of Proposition 8 in California dealt a blow to the cause.

The People’s Victory is an inspirational roadmap for anyone who has felt passionately about an issue, but has questioned whether one person’s contribution can make a difference. These candid accounts once again prove that every movement for important social change must be built on the acts of everyday. In fact, that is the only way the people have ever been victorious.

In his introduction, California Lieutenant Governor Gavin Newsom writes: “I hope these stories inspire you to resist, to fight, to win and in the end write the next stories in our continuing push for a more just and perfect union.”

Marriage Equality USA (MEUSA) was the nation’s oldest organization and largest grassroots-driven movement dedicated to building equality for the lesbian, gay, bisexual, transgender and queer (LGBTQ) community through civil marriage equality in every state and at the federal level.

Founded in 1996, MEUSA had over 40,0000 members as well as volunteer leaders and partner organizations in all 50 states, it is the largest volunteer-driven, grassroots organization of its kind engaged in education, training, organizing, action, and coalition building to win equal marriage rights and protections for LGBTQ couples and their families.

They believe in a world that protects and celebrates families without regard to sexual orientation or gender identity. Their mission was to secure legally recognized civil marriage equality for LGBTQ families at the state and federal level through grassroots organizing, education, action and partnerships, which they achieved when the Supreme Court ruled for marriage equality fundamental rights & equal protection in Obergefell v. Hodges.

These are the stories of those driven to volunteer, which inspired and fortified the movement for equality.

Christine R. Allen
5.0 out of 5 stars Excellent collection of real-life stories from America's Love Warriors!
27 March 2018 - Published on Amazon.com
Verified Purchase
Easy reading. Enjoyable and inspiring stories from folks who were the actual on-the-front-lines grass-roots marriage equality activists working for marriage equality decades before the big names and orgs would even consider the issue! Don't just rely on history as rewritten by the big wigs - get to know the regular people who were fighting for this important civil right. https://smile.amazon.com/dp/B073B1JWJP/ref=cm_cr_ryp_prd_ttl_sol_32
Read more
One person found this helpful

Rev. Jamila Tharp
5.0 out of 5 stars Co-creating transformational societal change is possible!
18 October 2017 - Published on Amazon.com
Verified Purchase
These times in which we live call upon each of us to figure out how we might help to bring healing to ourself, to each other, and to our broken world. Nurturing our connections, sharing and bearing witness to each other’s stories and lives is central to our healing and our co-creating transformational societal change. The personal stories shared in The People’s Victory are inspirational and motivational. Transformational healing and societal change are not easy obtainable goals, and at the same time, completely possible as the grassroots people’s marriage equality movement demonstrates. One heart and one mind transformed at a time was often the way in which The People’s Victory was achieved. Never underestimate the power of story telling, the transformational healing of listening and the courage of reaching out to others, to both allies and even to those who oppose you.
Read more

Michael Farino
5.0 out of 5 stars Amazing Read!
2 October 2017 - Published on Amazon.com
Verified Purchase
These collective stories are an amazing testament to all those that fought for and continue to fight for our equal rights. I think what I liked the most was hearing true stories that differ but yet the goal is the same. It's well written, easy to read and I feel like I have to read it a few times just to absorb all the stories. Well done! And it's a free download so why not give it a try. I highly recommend it, you will not be disappointed.
Read more
One person found this helpful

amos lim
5.0 out of 5 stars “Never doubt that a small group of thoughtful, committed ...
11 October 2017 - Published on Amazon.com
Verified Purchase
“Never doubt that a small group of thoughtful, committed citizens can change the world; indeed, it's the only thing that ever does” Margaret Mead. Margaret's quote is one of the reasons why this book is necessary. It shows us that a lot of individuals, their work and their stories, help move the conversation forward. So proud of all those who shared their stories and many others who work silently in the background, one step at a time. Change can happen and will happen when people act.
Read more

Ira B
5.0 out of 5 stars Moving Stories from many individuals
28 September 2017 - Published on Amazon.com
Verified Purchase
A very moving book of stories by many individuals. A must read for everyone.
Read more
Go to Amazon.com to see all 18 reviews 4.9 out of 5 stars
Get FREE delivery with Amazon Prime
Prime members enjoy FREE Delivery and exclusive access to movies, TV shows, music, Kindle e-books, Twitch Prime, and more.
> Get Started
Back to top
Get to Know Us
Make Money with Us
Let Us Help You
And don't forget:
© 1996-2020, Amazon.com, Inc. or its affiliates