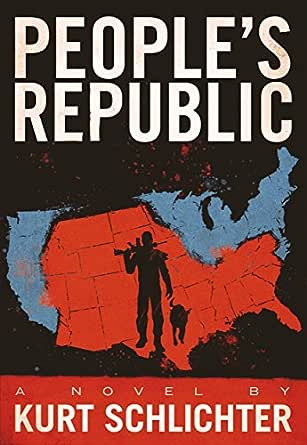 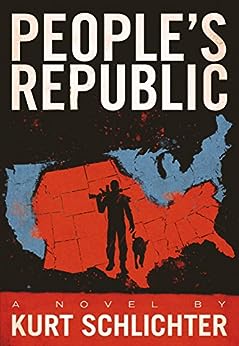 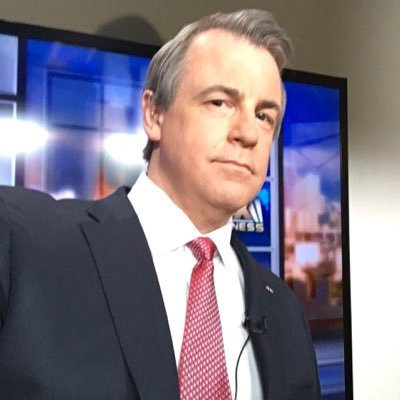 Kurt Schlichter is a trial lawyer, and a retired Army infantry colonel with a degree from the Army War College who writes twice a week as a Senior Columnist for Townhall.com. Kurt was personally recruited by Andrew Breitbart in 2009 to write for Big Hollywood. He is often on the air as a news source, an on-screen commentator, and as a guest on nationally syndicated radio programs discussing political, military and legal issues, including Fox News, HLN, CNN, and the Hugh Hewitt Show, among others. He appears weekly on the Cam and Company Show with his own brand of caring conservative cultural commentary. His previous book "Conservative Insurgency: The Struggle to Take America Back 2009-2041" was released in 2014 from Post Tree Press As a stand-up comic for several years, he has gathered a large and devoted following in the world of social media for his amusing and often biting conservative commentary. He is an active user of Twitter (@KurtSchlichter) with over 75,000 followers. Kurt is also a successful trial lawyer based in the Los Angeles area representing companies and individuals in matters ranging from routine business cases to confidential Hollywood and entertainment industry disputes and transactions. A member of the Million Dollar Advocates Forum, which recognizes attorneys who have won verdicts in excess of $1 million, his litigation strategy and legal analysis articles regularly run in such legal publications such as California Lawyer. Kurt is a 1994 graduate of Loyola Law School, where he was a law review editor. He majored in Communications and Political Science as an undergraduate at the University of California, San Diego, where he also edited the conservative student paper California Review while writing a regular column in the student humor paper the Koala. He also drank a lot of Coors. Kurt rose to the rank of Army infantry colonel on active duty and in the California Army National Guard. He wears the silver "jump wings" of a qualified paratrooper and commanded the elite 1st Squadron, 18th Cavalry Regiment. A veteran of both the Persian Gulf War and Operation Enduring Freedom (Kosovo), as well as the Los Angeles riots, the Northridge earthquake and the 2007 San Diego fires mobilizations, he is a graduate of the Army's Combined Arms Staff Service School, the Command and General Staff College, and the United States Army War College, where he received a master of Strategic Studies degree. --This text refers to the paperback edition.

gl
4.0 out of 5 stars A dystopian waring of a possible (and highly undesirable!) future USA, but good reading
Reviewed in Australia on 6 January 2019
Verified Purchase
Managing to write a political warning about a dystopian future and achieving a readable novel is quite a feat. Very much worth time both on its merits as a novel and for the warning.

Very much more topical than Orwell's 1984 and while I haven't _read_ 1984 since, well, 1984 my memory of that novel's quality is not so clear, but it's a time-tested novel and Orwell a renown writer. Schlicter's work will date much faster; indeed he purposefully changes some of the back story for the successor novel to this one as events have already overtaken it, but not so badly it's not worth reading.

Ace Rimmer
5.0 out of 5 stars 1984 in 2016
Reviewed in Australia on 27 November 2016
Verified Purchase
1984 meets Escape from LA. This book is set in the not too distant future with America split between the free Right wing red states and the fascist coastal states. How that came about is that the country has split along political lines. Republican and Democrat strongholds look like North and South Korea. The author did let himself go with a bit of paranoia about the rest of the world refusing to trade with free America after the split. (In reality the rest of us are pretty tired of the left too) but the idea of the Privilege system is too fascinating for the left to pass up. (Basically it means if you are white, straight, and have a job, you are at the bottom of the pile, supporting everyone else's self esteem and needs).
The great irony is that the hero of the story is a man who makes his living rescuing friends and relatives from the fascist states. He is called Turnbull!
If you are not in Australia, the idea of a hero, much less one who helps people escape from the left, called Turnbull is farcical. Our Turnbull would be forcing them back to the socialists.
Still, a great read and a real warning. Especially in light of the Trump win and all the fascist protesting about it.
Read more
One person found this helpful
Helpful
Comment Report abuse

Amazon Customer
5.0 out of 5 stars Five Stars
Reviewed in Australia on 3 November 2016
Verified Purchase
I can't wait for the next book in the series!
Read more
2 people found this helpful
Helpful
Comment Report abuse
See all reviews from Australia

Robert Sharp
5.0 out of 5 stars Ideas Have Consequences - Or Socialism Is a Bitch
Reviewed in the United Kingdom on 4 June 2018
Verified Purchase
Fine first novel from COL Schlicter!

He weaves a story of heroism - of clandestine operations and martial courage - into the portrayal of a dystopian near future in which the USA has split along ideological fault lines. The Socialist coasts double down on their post-modern Collectivist doctrine with predictable, disastrous effect. Our hero infiltrates to ... well, I can't give away how he saves the day.

My only quibble is over occasional punctuation errors. I'm a bit of a purist. Please find a stricter editor.

Alexander Greer
5.0 out of 5 stars Gripping and Relevant!
Reviewed in Canada on 24 December 2019
Verified Purchase
Given the growing divergence between red state (conservative Republican) and blue state (liberal Democrat) America the scenario in "People's Republic" is quite believable. (One only has to look at the "impeachment" sham being carried out against President Trump. The Democrats really want power, and they can not accept the decisions coming from the Republican red states.) The author weaves both high level politics with ground level action. The story of the tragic results of a "People's Republic" is laid bare. Anyone familiar with the appalling conditions in the former Communist countries (in eastern Europe) and the current ones (Venezuela) could vouch for the realism of this book. The author well understands the left-wing fanaticism of those in academia, the media and in the US Democratic Party, and what they would do if given unchecked power, as the characters on both sides he has created are very realistic. As a Canadian I can only give one constructive criticism. In the even of the USA splitting up, I do not think that Canada would remind united either. Canadians would take sides either way. Still I found the book gripping and relevant.
Read more
Helpful
Sending feedback...
Thank you for your feedback.
Sorry, we failed to record your vote. Please try again
Report abuse

Branko
4.0 out of 5 stars Interesting read
Reviewed in Canada on 9 July 2019
Verified Purchase
Seeing the way things are developing in USA something like this could really happen in a near future. That made this book a captivating read. As I had a misfortune to live for over 25 years in something similar to People's Republic I find the description fairely realistic but if those guys excell in anything police state would be that one thing. All in all this was a very interesting book to read.
Read more
Helpful
Sending feedback...
Thank you for your feedback.
Sorry, we failed to record your vote. Please try again
Report abuse

Amazon Customer
5.0 out of 5 stars A new type of dystopia.
Reviewed in Canada on 7 July 2017
Verified Purchase
This book was the first Conservative political thriller that I read, and I am now hooked. I loved the dystopic setting of the "People's Republic", which reminds me of a mix of modern Venezuela, Romania in the 1980s and modern California ruled by Stasi-level enforcement of SJW ideology and Political Correctness which its ruling elites are conveniently immune from. It offers a refreshing new type of dystopia that seems creepily plausible, as opposed to the Christian fundamentalist theocracy that appears in "The Handmaiden's Tale".

It was rather satisfying to read how Turnbull does a Terminator-style rampage at a PSF station, cuts a swath through his PBI pursuers, and leaves the People's Republic's equivalent of Lavrentiy Beria (A very pathetic and contemptible villain) facing a fate that is perhaps worse than death.
Read more
Helpful
Sending feedback...
Thank you for your feedback.
Sorry, we failed to record your vote. Please try again
Report abuse

MJ
4.0 out of 5 stars A fascinating view of alternate (potential? ) history should ...
Reviewed in Canada on 25 November 2016
Verified Purchase
A fascinating view of alternate (potential?) history should the USA separate into differentiated nations. Schlichter's vivid imagination stimulates speculation of what could yet be if the nation fails to remember that we are Americans first, and that partisanship will ultimately destroy that tenuous unity.
Read more
Helpful
Sending feedback...
Thank you for your feedback.
Sorry, we failed to record your vote. Please try again
Report abuse
Load more international reviews

Token
5.0 out of 5 stars Lots of fun
Reviewed in Canada on 5 May 2019
Verified Purchase
If you like Vince Flynn's Mitch Rapp novels, you'll like this one. Gritty, funny and non-PC as all get out.
Read more
Helpful
Sending feedback...
Thank you for your feedback.
Sorry, we failed to record your vote. Please try again
Report abuse

Robert Graham
5.0 out of 5 stars Great Read
Reviewed in Canada on 13 January 2019
Verified Purchase
This book kept me activated and I read it in three days. It was good. With our political climate I could see the country split. The
Read more
Helpful
Sending feedback...
Thank you for your feedback.
Sorry, we failed to record your vote. Please try again
Report abuse

Bruce Fraser
5.0 out of 5 stars Not so far fetched!
Reviewed in Canada on 9 February 2019
Verified Purchase
Hillary had won, this may well have been the eventual outcome. An engaging, fast paced read that creates a stark picture of where those who follow socialist fools just may end up. Looking forward to the sequel!
Read more
Helpful
Sending feedback...
Thank you for your feedback.
Sorry, we failed to record your vote. Please try again
Report abuse

Ken in Sask
5.0 out of 5 stars A darkness is coming.
Reviewed in Canada on 30 June 2019
Verified Purchase
The story in this book could easily come true.
Read more
Helpful
Sending feedback...
Thank you for your feedback.
Sorry, we failed to record your vote. Please try again
Report abuse
Load more international reviews

john d
5.0 out of 5 stars All too true
Reviewed in Canada on 8 November 2019
Verified Purchase
awesome!
Read more
Helpful
Sending feedback...
Thank you for your feedback.
Sorry, we failed to record your vote. Please try again
Report abuse

dgforbes
1.0 out of 5 stars Republic of hell
Reviewed in France on 1 June 2018
Verified Purchase
A dystopian pantomime which could win Schlichter a Pulitzer for gun worship if they have one. You either love this stuff or it makes you cringe.
Read more
Helpful
Sending feedback...
Thank you for your feedback.
Sorry, we failed to record your vote. Please try again
Report abuse