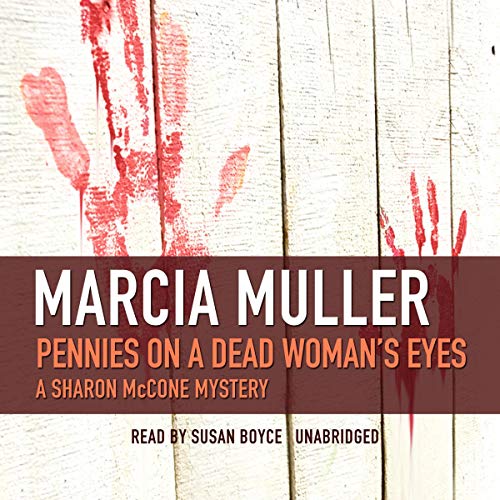 4.1 out of 5 stars
4.1 out of 5
26 global ratings
How are ratings calculated?
To calculate the overall star rating and percentage breakdown by star, we don’t use a simple average. Instead, our system considers things like how recent a review is and if the reviewer bought the item on Amazon. It also analyses reviews to verify trustworthiness.

Jeanne Nelson
4.0 out of 5 stars Sharon Tackles a Cold Case
Reviewed in the United States on 30 June 2020
Verified Purchase
A murder case that is nearly 40 years old falls into Sharon's lap. She is loath to take it on because she is already emotionally battered from recent cases. But she is lured into it and goes the distance to solve it. But not without taking some more emotional lumps. I love that Sharon McCone's personal life, her friends, colleagues, family and romantic interest, Hy Ripinsky -- and her cats! -- are woven into, and often overlap, the tense mysteries, which often end with Sharon in a very tight spot.

As with two other Kindle versions of the McCone series, this one was riddled with typos and errors. It was as though the publishing company had no copy editors or proofreaders on staff. From became form, walking was waling, then was the, down was done, showed became sloed, dawned became downed -- as is "morning downed." Verbs were the wrong tense or the wrong form -- simple became simply, structure was structured. Very distracting and annoying. And that is the reason for four stars instead of five.
Read more
One person found this helpful
Report abuse

AntiochAndy
4.0 out of 5 stars A Murky Mystery
Reviewed in the United States on 30 August 2000
Verified Purchase
This is the 13th "Sharon McCone mystery" I've read, so it goes without saying that I basically find these stories entertaining. This one has an involved plot about the bloody 1956 murder of a society girl. Lis Benedict has just been released from prison after serving 36 years for the crime and her daughter, Judy, has convinced Jack Stuart to take the case before the Historical Tribunal. Some anonymous threats suggest that somebody doesn't want the case re-opened.
The story kept me turning pages to find out what would happen next, so it was a good read. There are, however, a few downsides to this one. Ms. Muller spends a lot of space trying to give it a dark, mystical mood. What with all the foggy settings, mysterious shapes, foghorns in the night, and dark forebodings of PI McCone, the rather unsurprising ending is something of a letdown. Also, Ms. Muller is a traditional San Francisco liberal, which is her privilege, but she increasingly wears hers personal attitudes on her sleeve. The story would have benefitted from having forty or fifty pages of murky scenery and Ms. Mullers' soapbox preaching edited out. As it is, the story rambles here and there.
That said, it was still good enough to keep my curiosity up all the way through. Good enough for four stars in my estimation.
Read more
3 people found this helpful
Report abuse

Elizabeth Rein
4.0 out of 5 stars I liked it, so I thought I would get the ...
Reviewed in the United States on 14 September 2016
Verified Purchase
I read this book on paper many years ago. I liked it, so I thought I would get the Kindle version. I try to read the "free" books, but this is one I really wanted, so I paid for it.
The Kindle version has too many mistakes!! many small words left out; some mistakes make the words into different words; too many little errors - just about every page!
I am wondering who actually types these hard copy books into ebooks. BE MORE CAREFUL - READ WHAT YOU ARE TYPING!! I am very disappointed in this version. It's a very good book, but is very frustrating to read!
Read more
Report abuse

MummyP
3.0 out of 5 stars Not her best
Reviewed in the United States on 13 June 2013
Verified Purchase
I have been reading the Sharon McCone series in order and love the character...I am a big fan of Sue Grafton and Carol Davis Luce but of course as in all books in series some are better than others...in this series, I think the best so far is Edwin of the Iron Shoes, and A Walk through Fire. I must admit that even her lesser books are far better than most of todays lengthy reads, so even though I rated this a three star I will continue on...the next one may be the best!
Read more
Report abuse

Diane Thomas
4.0 out of 5 stars Sharon McCone Mysteries are quite good
Reviewed in the United States on 8 May 2017
Verified Purchase
This book was well plotted and held interest well. The characters in this series continue from book to book and continue to develop. The book is enjoyable and has a satisfying conclusion.
Read more
Report abuse
See all reviews
Back to top
Get to Know Us
Make Money with Us
Let Us Help You
And don't forget:
© 1996-2021, Amazon.com, Inc. or its affiliates