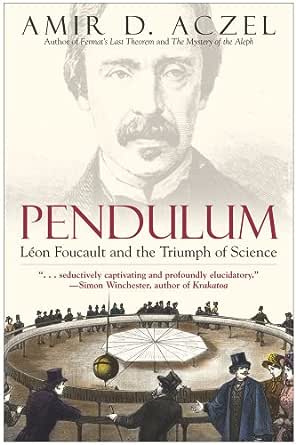 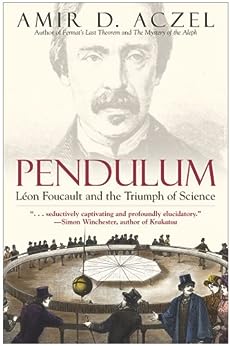 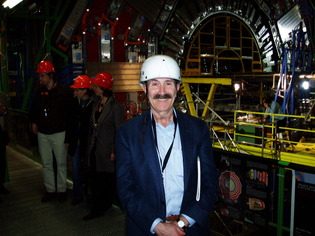 Pendulum: Leon Foucault and the Triumph of Science Kindle Edition

The Christian Science Monitor This intriguing account...exemplifies a lesson that humanity seems forever reluctant to learn: How the world appears depends on your frame of reference.

Simon Winchester author of The Professor and the Madman [S]eductively captivating....With all the clarity and narrative brilliance that has become [Aczel's] hallmark. --This text refers to an alternate kindle_edition edition.

Amir D. Aczel is the bestselling author of ten books, including Entanglement, The Riddle of the Compass, The Mystery of the Aleph, and Fermat's Last Theorem. He lives in Brookline, Massachusetts. --This text refers to an alternate kindle_edition edition.

bill baird
4.0 out of 5 stars Background to man and experiments.
Reviewed in the United Kingdom on 4 February 2013
Verified Purchase
Novel esque presentation of Foucault and his experiments including his prolonged battle with the establishment for recognition - read the book for the conclusion of the woks by this man - highly interesting.
Read more
Report abuse

Bugs
5.0 out of 5 stars Foucault's Triumph of Science, Indeed!
Reviewed in the United States on 15 April 2005
Verified Purchase
This is an excellent treatment on the life and science of Leon Focault, the self-taught man who changed the mind of the Catholic Church rather than be persecuted like so many other scientist were for exposing scientific evidence that ran afoul of the repressive dogma of church doctrine and in that alone, it was a monumental achievement.

Using his pendulum, Foucault conclusively proved that the earth rotated on it's axis and around the sun- NOT the Catholic Church. In October of 1992, Pope John Paul II made a public apology to Galileo and in this, [the apology] "...owes everything to the work of Leon Focault almost a century and a half earlier."- p 239.

Of course, the apology should have been given directly to Galileo, but hey, better late than never and another feather in the cap of the recently passed John Paul II.

Aczel writes with a flowing narrative- "like a novelist", as one reviewer states, and invites people from all backgrounds to understand the life and accomplishments of Focault and to give due recognition and honor to such a dedicated scientist. Well researched with easy to understand science, including illustrations, photos and drawings, one will come to know the man and his genius.

Chief amongst Foucault's many discoveries were the modern electric compass, an electric microscope, photographic technology, insights into color theory, heat waves, and the speed of light. And there was so much more!

Before the Preface is a quote from Focault that wisely sums up the import of his pendulum and it's proof of the earth's rotation:

"The phenomenon develops calmly, but it is invisible, unstoppable. One feels, one sees it born and grow steadily; and it is not in one's power to either hasten or slow it down. Any person, brought into the presence of this fact, stops for a few moments and remains pensive and silent; and then generally leaves, carrying with him forever a sharper, keener sense of our incessant motion through space."- Leon Foucault, 1851.
Read more
One person found this helpful
Report abuse

W. Watson
5.0 out of 5 stars Wonderfully Written Story
Reviewed in the United States on 29 December 2004
Verified Purchase
I really liked the book. It covered a lot of interesting historical material as well as the main topic. Two items stand out in my mind, but there are many others: 1. the Foucault pendulum discovery severed the ties between science and church. It overturned the Aristolean view the church held that the earth did not move. This is a very important historic event. 2. The event that happened on Dec. 2, 1851. Louis-Napoleon, the elected president of France, overthrew the government and declared himself ruler as Napoleon III. It may seem a stretch, but this may have parallels in our political future of this country. Napoleon III had a strong desire to make France over in the manner he desired. Can we think of someone in our country (U.S.) who might want a make over? Hmmm. Although my background is in mathematics, I liked the historic interplay between the physcists and mathematicians who were essentially insulted and embarrassed by the Foucault discovery.

Another reviewer above was not happy with the book and remarked that the science was wrong. It would have been good if he gave some references or other details why he felt that way. If one is bent on a scientific treatise about this, perhaps a book like Waves, Vol. 3, of the Berkeley series on physics would fill the needs the reviewer and others. It might be a worthwhile to pass his claims by a newsgroup such as sci.physics.
Read more
4 people found this helpful
Report abuse
See all reviews
Get FREE delivery with Amazon Prime
Prime members enjoy FREE Delivery and exclusive access to movies, TV shows, music, Kindle e-books, Twitch Prime, and more.
> Get Started
Back to top
Get to Know Us
Make Money with Us
Let Us Help You
And don't forget:
© 1996-2020, Amazon.com, Inc. or its affiliates