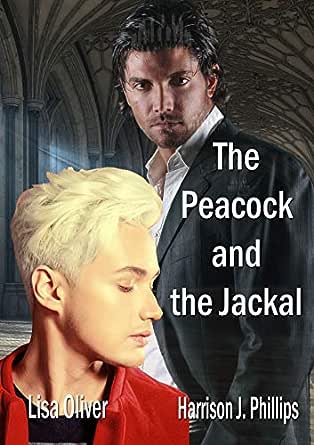 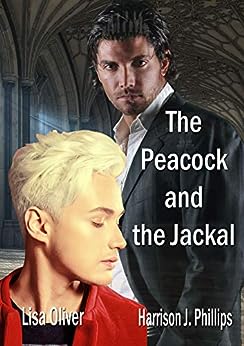 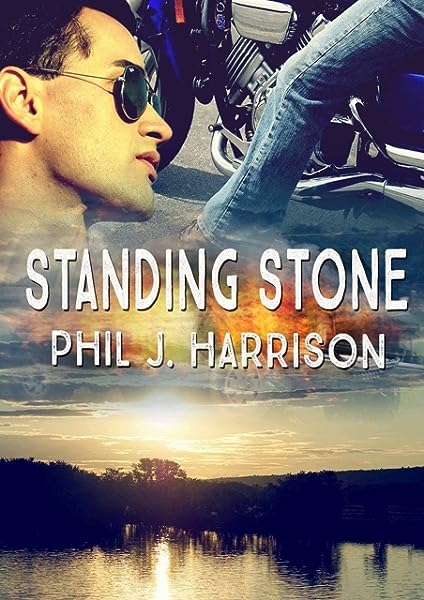 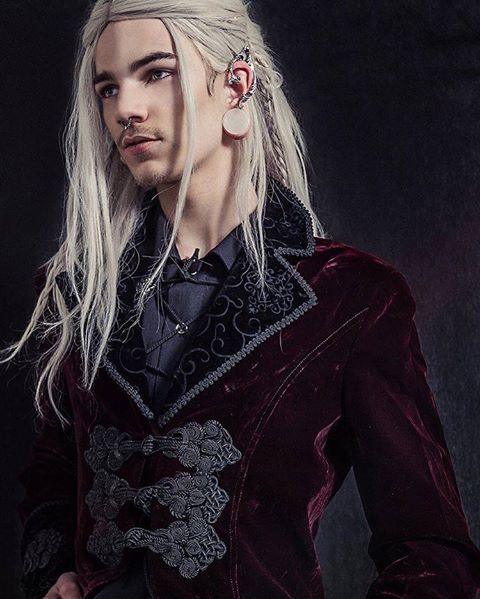 The Peacock and the Jackal Kindle Edition

How hard can it be? Rescue the Prince and live happily ever after. Easy right? Especially for a jackal war correspondent who considered battles just another day in paradise. But what Eryk didn't count on was a vain, determined, neurotic peacock who was turning out to be more trouble than an entire pack of Siberian wolves.

Far aka Prince Farquar von Tripp only wanted one thing, to escape his father, so he and a friend hatched a plan to marry. The only one not happy with it was his demanding peacock half. When he broke the engagement, loudly and publicly, being kidnapped by his own jackal mate probably saved him from being sold to the Grand Prince of the Russian Wolves.

Now they were on the run from the King, the Grand Prince, a bounty hunter, and the rest of the world searching for the kidnapped prince. Can an overprotective jackal and neurotic peacock find love on the run?

sorka
5.0 out of 5 stars Finding one's heart
29 August 2019
Format: Kindle EditionVerified Purchase
I thoroughly enjoyed this book. Harrison and Lisa did a fantastic job together, Many times where two authors collaborate you can tell distinctly which author wrote what, that didn't happen with this book, I didn't know where one stated and the other finished, I'm already wanting more in this world, and hoping that they write some more together.

The Peacock - Far hasn't had the best start to life, despite the fact that he is a prince. Acting out against his circumstances he drinks hard and parties harder.

The Jackal - Eryk is a reporter, who after having enough reporting on war, and takes a fluff piece on the wild prince Far, only to discover that not everything is as it seems......and the prince is his MATE.

After a night where everything goes wrong, these two are now on the run, dodging Kings, mysterious wolf princes and bounty hunters. Erik must get Far to his home safe, all the while watching his mate come into his own and become the man he was always destined to be.

With the help of family , old friends and new, these two attempt to change their lives for the better.

And on the way, they just might change many other's , with a little help from fate on the way.

julie r
5.0 out of 5 stars loved it
25 August 2019
Format: Kindle EditionVerified Purchase
what do you get when you cross one amazing shifter/pnr author with a second amazing pnr author? A wonderful book full of snarky,funny amazing characters thats what. Really hoping this is the start of a new series of collabarations between 2 of my favourite authors (and i know i'm not alone in this hope).
Read more
Helpful
Comment Report abuse

Kim Bytheway
5.0 out of 5 stars A love story.
23 August 2019
Format: Kindle EditionVerified Purchase
A brilliant collaboration between two great authors. I could not put it down. A highly entertaining story of the love between a Peacock and a Jackal and the people who try to come between them. I highly recommend this book to everyone.
Read more
Helpful
Comment Report abuse
See all 3 customer reviews
Write a customer review

Mary Anne Ostroman
5.0 out of 5 stars Different, Funny and Not To Be Missed
26 August 2019 - Published on Amazon.com
Format: Kindle EditionVerified Purchase
Funny, heartwarming and engrossing are just some of the words to describe this book. You will fall in love with the characters. Problem relatives and misguided friends are just some of the problems Eryk and Far have to go through while figuring out how they fit together and their place in the world. This is the first book I’ve read that has a peacock in it let alone a firebird but I hope it’s not the last. The authors did an amazing job of bringing the characteristics of their animals into the characters. This is a must read for any paranormal fan!
Read more
4 people found this helpful

Rosemary
3.0 out of 5 stars Not Lisa's best effort
7 November 2019 - Published on Amazon.com
Format: Kindle EditionVerified Purchase
I've read a ton of Lisa Oliver's books and enjoyed all of them. This one not so much. I'm unfamiliar with her co-writer on the project so can't really comment on him. This book was a tad disjointed and hard to get into. The two main characters were engaging, however, especially Farquar (although, one of the worst character names ever, reminded me too much of the villain in the Shrek movie). Did love his peacock dancing and Cat and Dog. Also, this book felt unfinished. What happened to Far's mother and siblings? What finally happened to his father? What happened to Eryk's aunt? Just wasn't as satisfying as Lisa's other books.
Read more

Allie
5.0 out of 5 stars This story was realistic
2 September 2019 - Published on Amazon.com
Format: Kindle EditionVerified Purchase
The characters brought you into their world and they were so real life. You were drawn into the story.I didn't put it down until I finished it. I loved how Far adopted the pup 🐕 and kitten 🐱. If you love 💘 suspense and drama, and true mates them this is the book for you. I really enjoyed the story as it is the first time I've read of a peacock shifter. Excellent story written by the authors. Truly a must read book! 😍
Read more
One person found this helpful

Barbara L.
5.0 out of 5 stars Wow that was great!!!!
25 August 2019 - Published on Amazon.com
Format: Kindle EditionVerified Purchase
I just loved it. It was the kind of book that will bring smiles to all your readers. I liked how Far came out of his shell. And I can’t wait for the next one!!!! You should be proud of yourselves Lisa and Phil. And remember if you write it I will buy it.
Read more
2 people found this helpful

Kindle Customer
5.0 out of 5 stars Screech Ass Bird
26 August 2019 - Published on Amazon.com
Format: Kindle EditionVerified Purchase
Ma I wanted to kick the Father's ass myself. The only thing is he would have been okay but pressing going after son and mate bit him in the ass. Loved what was done to Zeph and the court. Another great book. Well worth getting.
Read more
2 people found this helpful
Go to Amazon.com to see all 52 reviews 4.4 out of 5 stars
Get FREE delivery with Amazon Prime
Prime members enjoy FREE Delivery and exclusive access to movies, TV shows, music, Kindle e-books, Twitch Prime, and more.
> Get Started
Back to top
Get to Know Us
Make Money with Us
Let Us Help You
And don't forget:
© 1996-2020, Amazon.com, Inc. or its affiliates