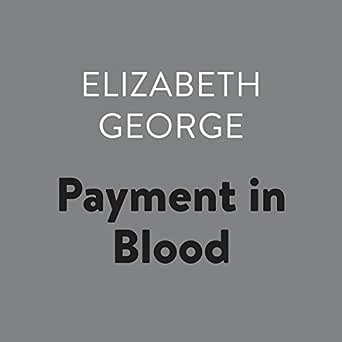 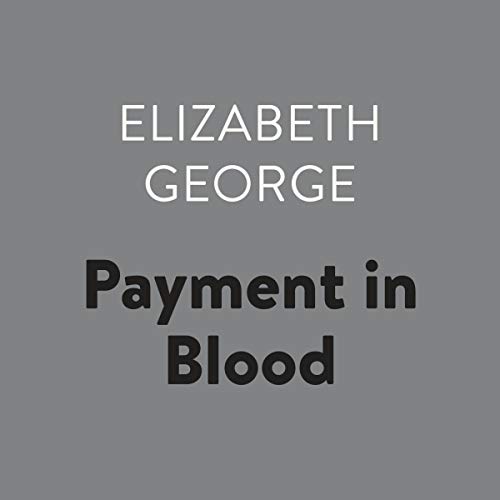 4.4 out of 5 stars
4.4 out of 5
376 global ratings
How are ratings calculated?
To calculate the overall star rating and percentage breakdown by star, we don’t use a simple average. Instead, our system considers things like how recent a review is and if the reviewer bought the item on Amazon. It also analyses reviews to verify trustworthiness.

eileen woods
4.0 out of 5 stars Four Stars
Reviewed in Australia on 27 October 2015
Verified Purchase
I love the twist and turns and the constant tension between Lynley and Havers
Read more
Helpful
Comment Report abuse
See all reviews

Pandeleimonas
3.0 out of 5 stars Errors in editing?
Reviewed in the United Kingdom on 24 December 2014
Verified Purchase
A good story, but spoilt by sloppy editing or proof reading, spelling mistakes on every other page almost, and these all simple words. An instance is 'domes' instead of 'clothes' - where I would think that the 'cl' has been read as a 'd' and the 'th' as an 'm'. The word 'heir' used instead of 'here', and so on. Maybe the original was damaged or smudged, but proper editing should have found these careless mistakes. Of course it may be something to do with the kindle publishing format, but if so, it would be found in other kindle books. My other grouse is more general, and to do with the writing. The time frame is a little uncertain, but would appear to be late eighties. By which time the Met had a well established Murder Squad, and it is unlikely that investigations would be made by just a DI and a sergeant, especially if working in the counties. I believe there would have been a team under a DCI, a couple of DI's possibly, two or three sergeants and a number of DC's with 'aides' drafted in from Uniform Branch if required. And for a DI, whatever his background, to be driving his own Bentley would be somewhat surprising - a pool car would be more likely.
Read more
Report abuse

vn82
4.0 out of 5 stars Entertaining enough
Reviewed in the United Kingdom on 22 January 2018
Verified Purchase
Elisabeth George has a compelling way of writing that sucks you into the story so it's never a chore to read, but I didn't find it a satisfying end. I felt like there were many times when she built up a character and their personal history only to have them do something totally contrary to their personality and she wouldn't really explain it. I realise I've said that badly but I'm trying not to give away spoilers!
Read more
Report abuse

Magpie
5.0 out of 5 stars All you could ask for in a murder mystery story.
Reviewed in the United Kingdom on 14 August 2019
Verified Purchase
This is a great whodunnit in every sense: great characters, fast moving plot, brilliant setting and surprising ending. The only thing I would have liked was a list of the cast, as especially in the beginning I got a little confused as to who was who. Havers and Lynley make an unusual but brilliant team. An excellent read.
Read more
Report abuse

Jan
3.0 out of 5 stars My opinion!
Reviewed in the United Kingdom on 20 November 2015
Verified Purchase
Having seen the Inspector Lynley stories on T.V, started to read the books. The storyline is good, characters and plotting also good. But, from a personal viewpoint find the prose overblown, as though the Author has a Thesaurus on her desk, and ordinary words get substituted for, perhaps more literary words, in some cases even archaic, as though she is ramming her education and erudition down my throat. Also lots of typos in the manuscripts which can be extremely annoying and distracting from the narrative.
Read more
Report abuse

Anita Fox
5.0 out of 5 stars Complicated but a compulsive read
Reviewed in the United Kingdom on 10 July 2019
Verified Purchase
It's my first book by this author, I read it because of the tv series. It was excellent and I just had to get to the truth,. Absolutely brilliant.
Read more
One person found this helpful
Report abuse
See all reviews
Get FREE delivery with Amazon Prime
Prime members enjoy FREE Delivery and exclusive access to movies, TV shows, music, Kindle e-books, Twitch Prime, and more.
> Get Started
Back to top
Get to Know Us
Make Money with Us
Let Us Help You
And don't forget:
© 1996-2020, Amazon.com, Inc. or its affiliates