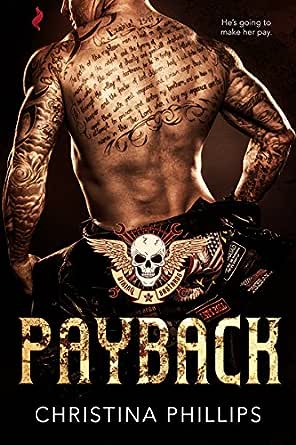 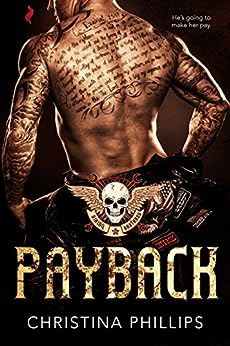 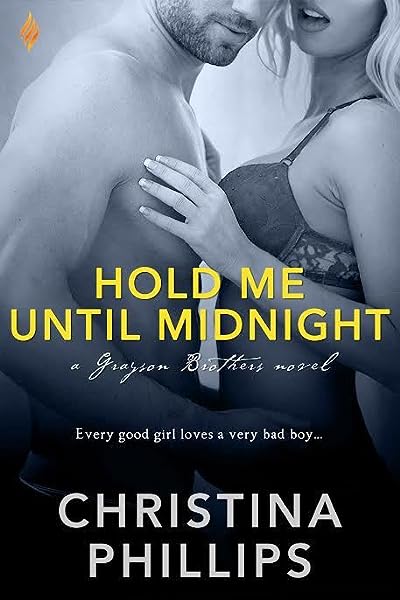 I don't fuck girls who work for me, but as soon as Amelia turns those big green eyes on me I know she's trouble. I can't keep my hands off her, and the almost-but-not-quite-sex we share in the kitchen is the hottest thing I've ever had. Except she calls it quits, before we've even started.

Instead of moving on, she's all I can think about and that's bad news. I'm breaking all my rules for her, and don't even care.

Until I find out who she is and what she really wants. She's after payback, but there's no way she's going to get it. No way in hell...

Each book in the Viking Bastards MC series is a standalone story that can be enjoyed out of order.
Series Order:
Book #1 Hooked
Book #2 Payback

PAYBACK was another book by Christina Phillips that I truly enjoyed. I actually liked the first book in the series (Hooked) but this one had a more solid plot and was even better. And although it's officially the second in the series, it can easily be read as a standalone just fine. It appears to take place a couple of weeks after HOOKED ends and the entire story takes place in just over a three week period with the conclusion on Christmas Day.

As for Amelia and Gage, I really loved them both and thought they were perfect for each other. And while he's definitely your typical tough biker, Amelia doesn't let him run all over her. Gage (like his brother before him) falls hard and fast and I liked how stumped and out of his element he was at times. In the end this was a really hot but oddly sweet romance and I'm not only glad I read it, but I'm really looking forward to Ty's book next.

Pages & Kindle Locations: The story itself contained 180 pages and ended at 98% and location 2411 on my kindle device.

Mrs. Helen Sibbritt
5.0 out of 5 stars Woohoo a sizzling fabulous story
31 March 2018 - Published on Amazon.com
Verified Purchase
This is another fabulous instalment in this series, sexy, sensual and I devoured every word as we meet the woman that is going to stand up to Gage Reynolds and that she does, Amelia Davis is feisty and she knows how to look after herself, sit back and enjoy this one it is a real page turner.

We met Gage in the first book in this series tough Viking Bastard biker who runs the bar The Odin woman are good for one thing in his eyes that is until he meets Amelia when she is hired to work in the bar he is gobsmacked when he first meets her and having relationships with his staff is off limits so he is going to need to sack her so as he can have her in other ways but after a doozy of a time in the kitchen Gage is hooked or will complications come between them.

Amelia takes the job in the bar firstly she needs the money but more so to do some undercover work not for the books she writes although there could be a few men to help in that aspect but because of the death of her father Silver Wolves biker ten years before, she has been led to believe from a past acquaintance that something is going down. But when she meets her boss Cage well let say that all bets are off as she gets to know him and their time together in bed and out is off the charts until trouble arrives.

I loved both Cage and Amelia boy can she stand up to him I love her comebacks to him she is strong, feisty and gutsy and Cage has never felt this way about a woman before he has no idea what she is doing to him or who she really is, you see both of their fathers had a past and this is about to blow their relationship sky high, or will love bring them together? So many secrets to uncover and there is a lot of humour as well as fabulous banter throughout this one, I do highly recommend this one what a story woohoo thank you MS Phillips this one is a keeper.
Read more

NallaReads
5.0 out of 5 stars Ooooh are bad boy MC romances the dirty kind of fun.
1 May 2017 - Published on Amazon.com
Verified Purchase
Amelia is on a mission to take down the man who's father murdered her own...only she didn't count on him being so goregous, and sexy..and sweet. Gage has a rule: he doesn't mess with the girls that work in his bar. But one look at Amelia and he knows it's game over: she's his.

These two are hot-hot-hot! Gage is bad boy to the core and oh does he bring that to the bedroom when it comes to Amelia. He'll do and say anything to get her to fall for him. He should know better, that people aren't always what they seem.

When Amelia realizes she's been taken for a fool by one of Gage's enemies, she's stunned at Gage's violent reaction to learning her truth. If she can learn to forgive Gage for his family's past, how will he learn to forgiver her for wanting payback?

Hot hot hot read and definitely filled with edge-of-the-seat tension! I hope there will be more of these Viking bikers!
Read more
One person found this helpful
Go to Amazon.com to see all 57 reviews 4.3 out of 5 stars
Get FREE delivery with Amazon Prime
Prime members enjoy FREE Delivery and exclusive access to movies, TV shows, music, Kindle e-books, Twitch Prime, and more.
> Get Started
Back to top
Get to Know Us
Make Money with Us
Let Us Help You
And don't forget:
© 1996-2020, Amazon.com, Inc. or its affiliates