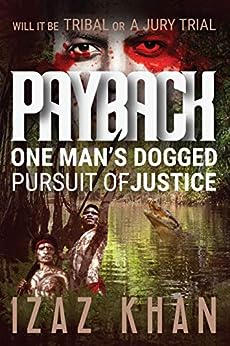 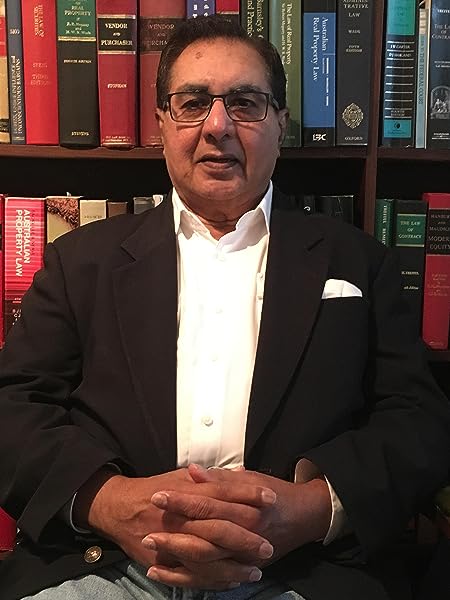 by Izaz Khan (Author) Format: Kindle Edition
See all formats and editions
Sorry, there was a problem loading this page. Try again.
An aboriginal massacre. A CIA agent gone rogue. The hunt is on!

Part-Aboriginal Sydney lawyer Cory, devastated by the loss of his family and friends, accepts the aid of ex-ASIO officer Martin to help track the fugitive and bring him to justice.

Through crocodile infested waters of Cape York, North Queensland to the dry Savannah of South Africa, the fugitive utilises his shady contacts to outrun his punishment.

Can Cory bring him home to face justice?

Will it be court trial or aboriginal tribal justice?

This gripping crime action adventure thriller will keep you turning the pages and on the edge of your seat from beginning to end.
Read more
Previous page
Next page

Izaz was born in a small sugar town called Ba on the main island of Fiji. He attended Catholic primary and secondary schools in Ba before going to Charters Towers in North Queensland to finish his secondary education at Mt Carmel College.

He matriculated to the University of Queensland where he graduated with a BA degree in 1967. He returned to Fiji and taught at three different high schools.

He married and is the father of two children. He returned to Australia with his wife and two very young children and completed a law degree at the UNSW. He was hired by the prestigious firm of Allen Allen and Hemsley now known as Allens Arther Robinson where he worked for two years as a solicitor.

Izaz went to the NSW Bar in March, 1980 where he was till 20112. He became one of the foremost barristers in the field of property law. Between June 1980 and end of 1991 Izaz has been a part-time lecturer in Conveyancing and Property law at the Law School of UNSW. He has written numerous articles in his field for the LSJ.

Izaz is a former judge of the Fiji Court of Appeal. He sat for four weeks at a time, four times a year between 2008 and 2012.

3.9 out of 5 stars
3.9 out of 5
17 global ratings
How are ratings calculated?
To calculate the overall star rating and percentage breakdown by star, we don’t use a simple average. Instead, our system considers things like how recent a review is and if the reviewer bought the item on Amazon. It also analyses reviews to verify trustworthiness.

Kristie Hilleard
5.0 out of 5 stars It's a must read
Reviewed in Australia on 8 April 2020
I loved it. I would love to see this book turned into a movie.
Read more
Helpful
Report abuse
See all reviews

Richard
4.0 out of 5 stars An Entertaining Read
Reviewed in the United States on 2 June 2020
Verified Purchase
Interesting plot with cultural elements from two worlds. Well-developed characters. Wish I could find the author’s other novel but it seems out-of-print and available nowhere.
Read more
Report abuse

reader2010
4.0 out of 5 stars an interesting read
Reviewed in the United States on 13 May 2019
Verified Purchase
This a good read. I kept turning the pages.
Read more
One person found this helpful
Report abuse

Golden oldie
4.0 out of 5 stars Interesting and well-written
Reviewed in the United States on 29 February 2020
Verified Purchase
Fascinating story set in Australia and South Africa. The author brought the locales you've, as well as the major characters.
Read more
Report abuse
See all reviews
Back to top
Get to Know Us
Make Money with Us
Let Us Help You
And don't forget:
© 1996-2022, Amazon.com, Inc. or its affiliates