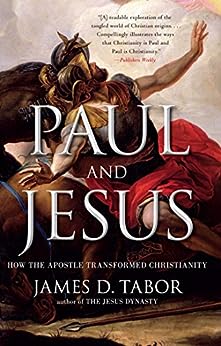 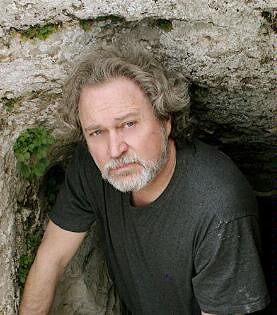 Paul and Jesus: How the Apostle Transformed Christianity Kindle Edition

by James D. Tabor (Author) Format: Kindle Edition
See all formats and editions
Sorry, there was a problem loading this page. Try again.
In this “compulsively readable exploration of the tangled world of Christian origins” (Publishers Weekly), religious historian James Tabor illuminates the earliest years of Jesus’ teachings before Paul shaped them into the religion we know today.

This fascinating examination of the earliest years of Christianity reveals how the man we call St. Paul shaped Christianity as we know it today.

Historians know almost nothing about the two decades following the crucifixion of Jesus, when his followers regrouped and began to spread his message. During this time Paul joined the movement and began to preach to the gentiles. Using the oldest Christian documents that we have—the letters of Paul—as well as other early Chris­tian sources, historian and scholar James Tabor reconstructs the origins of Christianity. Tabor shows how Paul separated himself from Peter and James to introduce his own version of Christianity, which would continue to develop independently of the message that Jesus, James, and Peter preached.

Paul and Jesus illuminates the fascinating period of history when Christianity was born out of Judaism.
Read more
Previous page
Next page

"Highly recommended to all interested in the historic roots of Christianity, whether or not they are believers. After Tabor, you will never read the NT in quite the same way." ---Library Journal Starred Review --This text refers to an alternate kindle_edition edition.

"Paul and Jesus is overdue, and stands as one of the few books willing to push back assumptions...Digging beneath the acceptable, scholars like Tabor...break through assumptions--even the sacred ones--and give rise to new perspectives and stories."

"A fresh, imaginative and insightful treatment of the original years of the Christian faith. It is not as we have been taught through the centuries. It is infinitely more complex and infinitely more exciting. James Tabor makes this clear."

-- "John Shelby Spong, author of Re-Claiming the Bible for a Non-Religious World"

"In this compulsively readable exploration of the tangled world of Christian origins, Tabor vividly recreates the frenetic and fraught attempts by the earliest followers of Jesus to maintain his teachings and keep his memory alive...[He] compellingly illustrates the ways that Christianity is Paul and Paul is Christianity."

"The depth of [Tabor's] scholarship shows, but he also makes this an enjoyable read for those who want to know more about one of history's greatest mysteries."

Highly recommended to all interested in the historic roots of Christianity, whether or not they are believers. After Tabor, you will never read the NT in quite the same way.-- "Library Journal Starred Review" --This text refers to the audioCD edition.

James D. Tabor is chair of the department of religious studies at the University of North Carolina, Charlotte. He is the author of several books, among them The Jesus Dynasty.

James D. Tabor is Professor of Christian Origins and Ancient Judaism in the Department of Religious Studies at the University of North Carolina at Charlotte where he has taught since 1989. Previously he held posts at Notre Dame and William and Mary. He holds a Ph.D. in biblical studies and early Christianity from the University of Chicago and is an expert on the Dead Sea Scrolls and Christian origins. The author of several previous books, he is frequently consulted by the media on these topics and has appeared on numerous television and radio programs.

4.6 out of 5 stars
4.6 out of 5
287 global ratings
How are ratings calculated?
To calculate the overall star rating and percentage breakdown by star, we don’t use a simple average. Instead, our system considers things like how recent a review is and if the reviewer bought the item on Amazon. It also analyses reviews to verify trustworthiness.

Al'Lan
5.0 out of 5 stars Wow.
Reviewed in the United Kingdom on 2 May 2016
Verified Purchase
As someone struggling with faith issues, I did not expect much from this book. Having read it, it puts Christianity (and Judaism) in a new light. The book refers to historical or quasi-historical texts but the bulk of the premises come from biblical sources.
Unlike many writers on the subject, the author does not take extreme views and balances his arguments whilst pointing out some fundamental truths that are not apparent to those studying or reading the New Testament The narrative mostly concurs with the rational views available on the internet and elsewhere, but it is hard to discern those views with so many extreme and non-evidenced stances available.
The author's conclusions about the origin of Christianity in all its forms, who Jesus was, and the implications for believers are well derived, logical but radical (for someone like me) and while I don't agree with all his premises and conclusions, his fundamental message is liberating and frightening at the same time.
If you are open-minded about Christianity, then this is a must-read, but be prepared to have fundamental tenets of your faith or religion challenged.
Read more
3 people found this helpful
Report abuse

Paul
5.0 out of 5 stars Who’s Jesus?
Reviewed in the United Kingdom on 31 March 2019
Verified Purchase
Sorry to say that is Yesod worth the salare?
Read more
Report abuse

Erik Star
5.0 out of 5 stars It certainly looks like his interpretation
Reviewed in Canada on 11 August 2018
Verified Purchase
jUST STARTED reading this book and in addition to my past 40 years research, of finding dissatisfaction with the logical progression of facts, timing and events...this book satisfies my understanding, and fills in many blanks from my previous research as to what happened to Jesus and his Apostles when suddenly this 'guy' Paul/Saul came around much later and started his own interpretive story. It certainly looks like his interpretation, along with later editorial erasures, additions, etc. changed the course of history. We now have a Pauline Christian storyline of Jesus, but Jesus really isn't involved other than what Paul tells us. How sad that Jesus' brother James, and all of the original Apostles got lost in history. And even sadder is that we, as simply being indoctrinated by the Church, and all of the other Churches, who, having split away, all had their own interpretations,
So, then? who interpretations is correct? but since Paul won the early battles why don't we, as adherents to any religion, not want to know how things/events evolved? why do we simply take someone's word for such stories, like my present understanding that Jesus didn't talk about original sin, etc..but that came about with St. Augustine, as with other sex-averted people, who, in reaction to their own personal issues, imposed, thru clever arguments, ideas which would help alleviate their own life-hurts. Now, we, not knowing such, take their personal issues as Gospel for all of our religious-following doctrines, and thru such complex storylines we introduce the Desert Fathers, etc...and in that mess we have averted natural life procilvities...it seems that we humans go with the Flow: and in history much of The Flow was with Leaders who changed their minds for whatever deadly reason, the populace, had to go along. And from thereon in we, have adjusted our thinking not to really understanding our religious origins, but to fighting those who don't agree with us. And in leaving Religions alone, we, humans, do such things to each other, in most important ethical, human rights cases, etc....we, when getting too large for our bridges revert to our Tribal stories of knowing only so much, before being overwhelmed, we then hit out, trying to lance our own wounds by hurting others. Then, it seems that human biology kicks in with The ?Others...and we're again off to the human races of intolerance, ethics, misunderstandings...and if you don't like what the Other is saying/looking like then we slam them down to the ground. Amen, brothers. We are such good specimens of this universe of goodness.

Study your history before you talk. Know what you should know, not what someone told you without backup. Don't be such an innocent creature who in their believing, and not knowing, wants to take over this universe of others, before knowing your own. If 'god' intended such things we would all have a most different life. Too many people-interpretations mess us all up. There should never be so much. If you, as the Boss, of your company had so many different interpretations of a Policy...you'd disappear.... be bankrupt. etc.. so don't give a 'god' that storyline...it's the humans who cause the big life issues of not loving, liking, accepting, and killing. We are the creatures of this earth and then why should we not know how we got to be this way?
Read, and learn. This is a fantastically great book. Open your mind. Not just on religion, but on all things. Disagree with me? fine...but you still then need to become more than who you are right now....

Tee1up
5.0 out of 5 stars Shocking, Amazing and Enlightening.
Reviewed in Canada on 26 December 2012
Verified Purchase
Dr. Tabor has managed to answer so many questions I had and at the same time raise so many new questions that I am seriously entertaining the idea of attending his 2013 cruise just so I can sit in on some of his lectures.

If you are a serious reader of the new testament then "Paul and Jesus" is not only essential reading but an essential part of anyones library. Finally the book of Mark makes sense in relation to Mathew, Luke and John and the Book of Acts or as Dr. Tabor referes to it...The Acts of Paul, finally make sense.