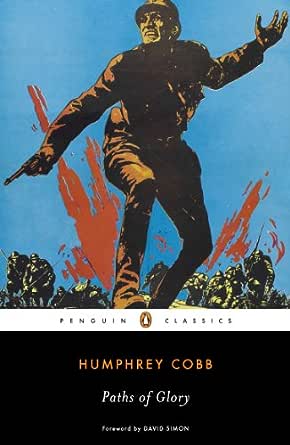 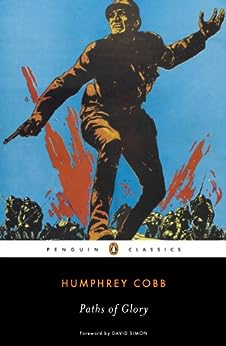 
Familiar to many as the Stanley Kubrick film starring Kirk Douglas, Paths of Glory explores the perilous complications involved in what nations demand of their soldiers in wartime. Humphrey Cobb's protagonists are Frenchmen during the First World War whose nightmare in the trenches takes a new and terrible turn when they are ordered to assault a German position deemed all but invulnerable. When the attack fails, an inquiry into allegations of cowardice indicts a small handful of lower-ranked scapegoats whose trial exposes the farce of ordering ordinary men to risk their lives in an impossible cause. A chilling portrait of injustice, this novel offers insight into the tragedies of war in any age.

For more than seventy years, Penguin has been the leading publisher of classic literature in the English-speaking world. With more than 1,700 titles, Penguin Classics represents a global bookshelf of the best works throughout history and across genres and disciplines. Readers trust the series to provide authoritative texts enhanced by introductions and notes by distinguished scholars and contemporary authors, as well as up-to-date translations by award-winning translators.
See all Product description
click to open popover

E.J. Kaye
4.0 out of 5 stars A tough read, but essential to any understanding of the Great War
19 December 2013 - Published on Amazon.com
Verified Purchase
War is fought in many ways, but for the French it seems to be a battle as much with their cultural identity as it is with the enemy. The idea of honor does daily battle with ambition and the strange arbitrary nature which changes the civlized Frenchman into judge, jury and executioner with startling rapidity.

Cobb's writing is decent, and the story clear. The detail can be sickening, but that is par with the Great War itself. In the pantheon of World War 1 literature, I found this to be in the upper echelon and well worth the effort.
Read more
2 people found this helpful

Theo J. Poulos
5.0 out of 5 stars Thank you!
28 April 2019 - Published on Amazon.com
Verified Purchase
I look forward to reading this! I am such a big fan of the movie.
Read more
One person found this helpful

Mike Reed
5.0 out of 5 stars Great bit of nostalgia
7 December 2019 - Published on Amazon.com
Verified Purchase
Excellent, concise story. Later made into the fantastic Kirk Douglas film.
Read more
Go to Amazon.com to see all 39 reviews 4.1 out of 5 stars
Get FREE delivery with Amazon Prime
Prime members enjoy FREE Delivery and exclusive access to movies, TV shows, music, Kindle e-books, Twitch Prime, and more.
> Get Started
Back to top
Get to Know Us
Make Money with Us
Let Us Help You
And don't forget:
© 1996-2020, Amazon.com, Inc. or its affiliates