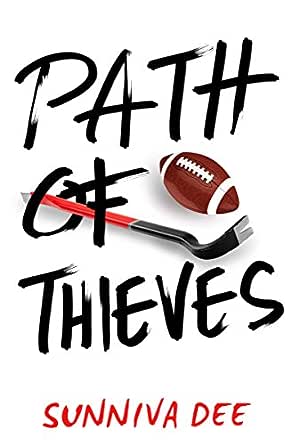 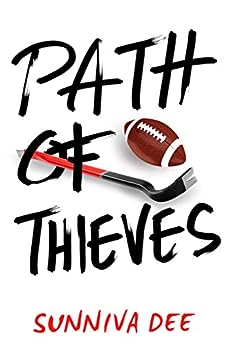 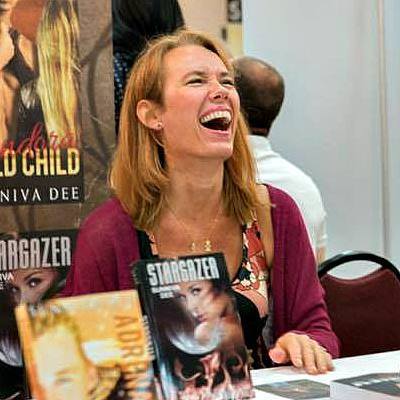 Football hero by day and thief by night, Charles “Cugs” McConnely leads a double life in the small town of Newbark, Florida. At sundown, the seventeen-year-old turns burglar, forced into the business by the man who should be teaching him the difference between right and wrong: his father.

Cugs is a pro at both games, but only one can secure him a college scholarship. It should be an easy decision, a no-brainer—if Newbark hadn't proffered the only life he knows.

After run-ins with Nadine Paganelli, his accidental victim and the sole person to have caught him in the act, Cugs starts to realize that hearts can be stolen too.

When his long-lost sister makes contact, lies are uncovered and truths revealed. Suddenly, Cugs finds himself questioning both plans and loyalties. Sometimes the only way to move forward is by pulling the bottom out of the past.

Born in the Land of the Midnight Sun, the author spent her early twenties making the world her playground. Southern Europe: Spain, Italy, Greece--Argentina: Buenos Aires, in particular. The United States finally kept her interest, and after half a decade in California, she now lounges in the beautiful city of Savannah. Sometimes, Sunniva writes with a paranormal twist (Shattering Halos, Stargazer, and Cat Love). At other times, it's contemporary (Pandora Wild Child, Leon's Way, Adrenaline Crush, Walking Heartbreak, Dodging Trains, and In The Absence of You. By subscribing to her newsletter, you can also receive the new adult short story, Karma's Mistake, for free: bit.ly/Sunnivasnewsletter. This author is the happiest when her characters let their emotions run off with them, shaping her stories in ways she never foresaw. She loves bad-boys and good-boys run amok, and like in real life, her goal is to keep the reader on her toes until the end of each story.
click to open popover

First of all, I don't read YA books. It's simply not a genre I enjoy. But I couldn't wait to read THIS book because I had read the related adult-romance book, Dodging Trains, and I'm also a HUGE fan of Sunniva's.

And she didn't disappoint!

Cugs had it rough. I mean, super rough. Reading his "flashbacks" were truly heartbreaking. That and the fact that he was conflicted and wanted to better himself made for quite an interesting read.

Nadine is adorable! I loved her. I especially loved how she and Cugs met and then found each other again years later. She was an excellent foil to Cugs.

This was just an all-around emotional and touching story, and it just goes to show that Sunniva can knock it outta the park no matter what she writes!

Rhonda
5.0 out of 5 stars 5 PATH OF THIEVES STARS!!
27 June 2017
Format: Kindle Edition
5 PATH OF THIEVES STARS!! Awe....I loved Cugs, this poor kid has a terrible life and it broke my heart. I enjoyed seeing this story play out for Cugs and Nadine. Sunniva Dee always delivers with a great story and characters. I highly suggest picking up this book, it is so worth it. I voluntarily reviewed an advance reader copy of this book.
Read more
Helpful
Comment Report abuse
See all 2 customer reviews
Write a customer review

Malene_D
4.0 out of 5 stars Unique and fabulous. A Sunniva Dee special.
26 June 2017 - Published on Amazon.com
Format: Kindle EditionVerified Purchase
I'll be honest and say that I'm not avid reader of YA but I've been lucky and have read a few that definitely entertained me. Path of Thieves can now be added to that collection cause I certainly enjoyed this story by Sunniva Dee. Path of Thieves is Sunniva Dee's first attempt at YA and I couldn't tell.

I met Cugs in Dodging Trains which also was my first book I read by Dee. In Path of Thieves Cugs is the main POV and the reader follows this seventeen year old guy with flashbacks to when and how he came to live with his father at seven years old.
It's definitely not easy for Cugs cause his father involves him in his criminal ways. Robbing other people's homes. One night he meets the amazing and wonderful Nadine.
Cugs and Nadine have history since they met when he was seven years old. That history they share only makes their bond and connection stronger. Something I could easily feel and also enjoyed about their relationship.

What I loved about Path of Thieves was the characters. Yes, it's an YA romance but that wasn't something that reflected on Cugs, Nadine, Bear or Liza. They were mature and there wasn't any over the top drama between them or the story in general. The relationship between Cugs and Nadine was fabulous because it felt authentic in how they approached it and how they nurtured it. Nadine was a constant support for Cugs. His light.
This was Cugs' story and journey.
His struggles against his father, figuring out his future and his relationship with his sister Paislee and their mother was portrayed in an honest and at times in gritty ways but it only made it more intense and relatable.

Path of Thieves is Sunniva Dee's first attempt at YA and after finishing it, I can easily say that it shouldn't be her last.

Bianca
5.0 out of 5 stars Unconventional. Remarkable. A MUST read!
27 June 2017 - Published on Amazon.com
Format: Kindle EditionVerified Purchase
Charles (Cugs) McConnely grew up in the most unconventional way possible. His dad has taught him to steal since he was a young boy. Shopping is what he calls it. High school student and athlete during the day, criminal by night. After a couple run-ins with Nadine Paganelli, he befriends her. But there’s a connection there. Something deep and resounding. And despite the odd circumstances that have pulled them together, neither ends up doubting that they should explore just why they keep finding each other.

This is an unconventional yet, remarkable story. It’s multilayered and completely character driven. This is their story. This is Cugs’ journey. One that keeps the pages turning as the truth comes to light. Secrets unravel as Cugs navigates his complicated and unbelievable life. The connection between Cugs and Nadine is palpable and authentic. They come from opposite backgrounds, but both feel deeply, love fiercely, regardless of the circumstances they face. The author paints these characters in colors of impressive and inspiring strength.

Despite being YA, this story still had its Sunniva Dee feel. Her writing, poetic. Her characters magnetic. And the lyrical prose of this book simply mesmerizes the reader with the power in the words. Written with astonishing honesty that only this author can do, this is definitely a must read for those who love YA. This book speaks volumes. The author eloquently speaks through her characters and their story. There’s a vulnerability that is captured in YA that draws in readers, and the author achieved this as she effortlessly secures herself as an accomplished and skilled YA writer with this book. Written without apology, the characters unguarded and open, Path Of Thieves was a thought provoking and candid read about a boy and his unforgettable journey in finding his way.
Read more

Dina Littner
5.0 out of 5 stars Original and Engaging
26 June 2017 - Published on Amazon.com
Format: Kindle EditionVerified Purchase
Here's the thing about reading a Sunniva Dee book - you know it will be original, engaging and well written, but you don't know how or who or what to expect from her characters and their stories. As a writer, Sunniva's got broad range and mad skills to hook you in and keep you rapt until you hit the words, "The End," and then she leaves you wanting more.

Path of Thieves is another Sunniva-winner. She makes a beautiful first jump into the Young Adult category with Cugs' story. His problems are hard and real and, from his view, insurmountable. He is surrounded by friends who support him and love him unconditionally, and a family that leaves him conflicted about their love. Somehow, somehow, he finds his path.

I highly recommend Path of Thieves. Read on!
Read more

Path of Thieves is a book that I went into blind. It is one of those stories that I thought was going to be something entirely different from what it was so it took me a few minutes to settle in to it. It is told in a gentle voice that lulled me in and kept me interested from the first page to the last.

Cugs is a kid who grew up with a scumbag father and his innate goodness allows him to have a conscience and know right from wrong. Cugs has a desire to do better, be more and he knows exactly how he can do it. He meets Nadine a few times over the course of his young life and we get to see exactly how their lives are when they finally connect.

This is a story that has different layers to it. There is romance and young adult decisions and growth and friendship. I very much enjoyed this story and look forward to learning more about Cugs sister Paislee in the next book.

I would absolutely recommend this YA story to my young cousins as it is light on four letter words and open door sex.
Read more

Saffron A Kent
5.0 out of 5 stars This is more than a story. This is life contained in pages.
28 June 2017 - Published on Amazon.com
Format: Kindle EditionVerified Purchase
I'm not very good at writing reviews. Especially when I love a book so much. I'm always too emotional. So this review can't possibly do justice to what I felt while reading this. But I will tell you this much... this story is a journey. Its a journey you take with the characters and you get to know them and you cry with them, laugh with them. You feel them. And any story that can do that... is the story to be reckoned with. Sunniva Dee is an author to be reckoned with. She can pull out emotions, tears, smiles like she's controlling you. Thats so powerful and so rare. So I'd say jump on this book. Because its a reading experience. I LOVED every second of this. EVERY SINGLE SECOND.
Read more
Go to Amazon.com to see all 50 reviews 4.6 out of 5 stars
Get FREE delivery with Amazon Prime
Prime members enjoy FREE Delivery and exclusive access to movies, TV shows, music, Kindle e-books, Twitch Prime, and more.
> Get Started
Back to top
Get to Know Us
Make Money with Us
Let Us Help You
And don't forget:
© 1996-2020, Amazon.com, Inc. or its affiliates