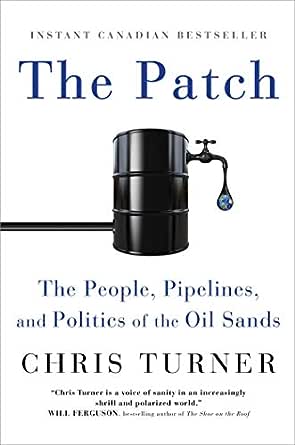 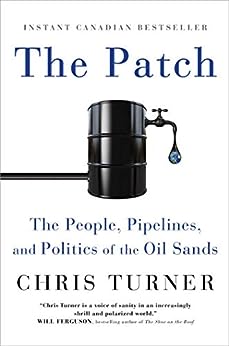 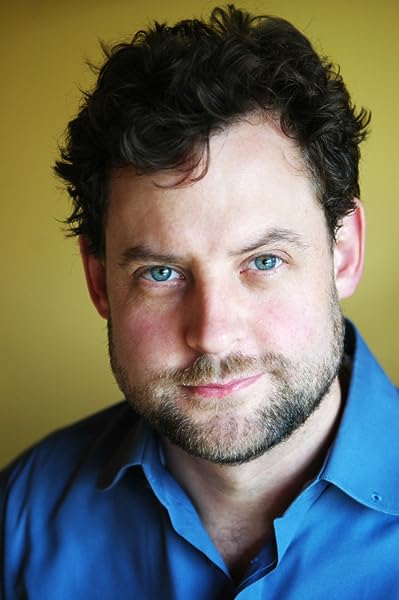 The Patch: The People, Pipelines, and Politics of the Oil Sands Kindle Edition

"Chris Turner is a voice of sanity in an increasingly shrill and polarized world. He looks at matters critically, cleanly, and honestly, without ideological blinkers. Anyone who wants to understand the complex nature of the oil sands should start with this book."--Will Ferguson, bestselling author of The Shoe on the Roof

"This book is a lucid and fair presentation of history, context and science surrounding the tar sands controversy, and, as such a valuable book to think with." --Vancouver Sun

"A personal touch and colourful anecdotes are the book's core strengths...Turner has provided a holistic account of one of the largest industrial developments in human history."--The Georgia Straight

"The Patch breaks from the scrum of industry boosters and celebrity-flashing environmentalists to provide an accessible, balanced perspective on what Turner describes as 'one of the most colossally scaled engineering projects in human history.'"--Toronto Star

"Turner deftly weaves together the personal and the political, the local and the global. In the process, he gives readers a top-to-bottom, broadly contextual perspective on the past, present, and potential future of an important, if problematic, Canadian resource."--Quill & Quire

"A lucid and fair presentation of history, context and science surrounding the tar sands controversy, and, as such a valuable book to think with...The future of humanity may well be determined by our decisions about fossil fuels, including our contentious tar sands, over the next few decades. We have to get this one right, and thoughtful books like The Patch may well help us do so. This is required reading for all engaged citizens."--Vancouver Sun

Bestselling author Chris Turner brings readers onto the streets of Fort McMurray, showing the many ways the oilsands impact our lives and demanding that we ask the question: In order to both fuel the world and to save it, what do we do about the Patch?

In its heyday, the oilsands represented an industrial triumph and the culmination of a century of innovation, experiment, engineering, policy, and finance. Fort McMurray was a boomtown, the centre of a new gold rush, and the oilsands were reshaping the global energy, political, and financial landscapes. The future seemed limitless for the city and those who drew their wealth from the bitumen-rich wilderness.

But in 2008, a new narrative for the oilsands emerged. As financial markets collapsed and the scientific reality of the Patch’s effect on the environment became clear, the region turned into a boogeyman and a lightning rod for the global movement combatting climate change. Suddenly, the streets of Fort McMurray were the front line of a high-stakes collision between two conflicting worldviews—one of industrial triumph and another of environmental stewardship—each backed by major players on the world stage.

The Patch is the seminal account of this ongoing conflict, showing just how far the oilsands reaches into all of our lives. From Fort Mac to the Bakken shale country of North Dakota, from Houston to London, from Saudi Arabia to the shores of Brazil, the whole world is connected in this enterprise. And it requires us to ask the question: In order to both fuel the world and to save it, what do we do about the Patch?
See all Product description
click to open popover

Russil Wvong
5.0 out of 5 stars A fascinating story
Reviewed in Canada on 11 May 2018
Verified Purchase
A sympathetic portrait of the Alberta oil sands and the tens of thousands of Canadians who work there, from a writer who's well aware of the dangers of climate change (Turner's the author of "The Leap"). Turner takes the story from the long struggle to extract oil from the sands all the way to the Fort Mac fire in 2016. I was particularly struck by Turner's description of how the oil sands came to be the target of the North American environmental movement, and how the oil producers and the Harper government were ill-prepared to fight a PR war.

Highly readable - I think I finished it in a day.

With the battle over the Trans Mountain expansion still under way today, I think the national conversation over pipelines, oil spills, and climate change would benefit immensely if more Canadians (on both sides of the issue) were to read this book.
Read more
One person found this helpful
Helpful
Sending feedback...
Thank you for your feedback.
Sorry, we failed to record your vote. Please try again
Report abuse

Andrew
5.0 out of 5 stars Must Read
Reviewed in Canada on 19 January 2019
Verified Purchase
As far as I am concerned this is must read for every Albertan - and Canadian. The author did a remarkable job.
Read more
One person found this helpful
Helpful
Sending feedback...
Thank you for your feedback.
Sorry, we failed to record your vote. Please try again
Report abuse

Amazon Customer
5.0 out of 5 stars Fascinating.
Reviewed in the United States on 23 December 2018
Verified Purchase
A great history of Canada's oil sands. A must-read for anyone interested in the current politics of the sands and who are curious about where they might be headed.
Read more
Helpful
Sending feedback...
Thank you for your feedback.
Sorry, we failed to record your vote. Please try again
Report abuse