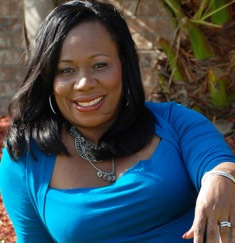 by ReShonda Tate Billingsley (Author)
4.5 out of 5 stars 43 ratings
See all formats and editions
Sorry, there was a problem loading this page. Try again.

Most men barely survive one mother, but Terrance Ellis has three: his aunts. His grandmother Essie's sisters—Eva, Dorothy Mae, and Mamie—lovingly raised him after Essie died in a tragic accident. They made sure that troubled young Terrance got on the right path and made something of his life. And now that he's all grown up and the rising pastor of Houston's Lily Grove church, the endlessly argumentative sisters agree on one thing: Terrance needs to find a wife. And not just any wife—but the right young woman to stand beside him as First Lady of Lily Grove at the fast-approaching one-hundredth-year Christmas service.

Humble and handsome, Terrance is focused on preaching more than dating and has kindly fended off the advances of more than a few perfectly available ladies. So why, of all women, is outrageous, flirtatious Savannah McKinney drawing him in? Seeing Terrance falling under her seductive spell has got his aunts frantically matchmaking since time is running out and gossip is flying. Who will be the pastor's wife? Only heaven knows for sure. But before he finds her, some surprising and dramatic revelations are in store for Terrance, his congregation, and the three aunts who love him most in the world.
Read more
Previous page
Next page

ReShonda Tate Billingsley’s #1 nationally bestselling novels include Let the Church Say Amen, I Know I’ve Been Changed, and Say Amen, Again, winner of the NAACP Image Award for Outstanding Literary Work. Her collaboration with Victoria Christopher Murray has produced four hit novels, Sinners & Saints, Friends & Foes, A Blessing & a Curse, and Fortune & Fame. BET released a movie in 2013 based on ReShonda’s book Let the Church Say Amen in which she had a minor role. She also had a role in the made-for-TV movie The Secret She Kept based on her book of the same title. Visit ReShondaTateBillingsley.com, meet the author on Facebook at ReShondaTateBillingsley, or follow her on Twitter @ReShondaT.
Start reading The Pastor's Wife on your Kindle in under a minute.

ReShonda Tate Billingsley always did have an active imagination. From making up stories to crafting award-winning poems, the national bestselling author has always maintained a love for telling stories. After numerous rejections from publishers, ReShonda stepped out on faith, established her own publishing company, and released her debut novel, My Brother’s Keeper. It’s a move that paid off as megahouse publisher, Simon & Schuster/Pocket Books, picked up the book and, to date, has published all of ReShonda’s books.

A former television and radio news reporter, ReShonda is an editor for the Houston Defender Newspaper, as well as a professional editor, ghost writer and literary consultant. She has worked as a reporter for The National Enquirer and as an anchor and reporter for NBC, ABC and FOX television stations in Beaumont, TX, Oklahoma City, OK and Houston, TX. She left her job at FOX 26 News in Houston in 2007 to write full-time. And write she does…

ReShonda is the national bestselling author of 35 books. Her sophomore novel, Let the Church Say Amen, has been made into a movie, directed by actress Regina King and produced by Queen Latifah’s Flava Unit Productions. The movie is slated to be released in 2015. ReShonda, who served as a consultant, also makes an appearance in the movie. Her entire Amen series, as well as the novel I Know I’ve Been Changed, has been optioned by BET. Several of her faith-based books have become a sought-after property in Hollywood.

A much sought-after public speaker, in 2012, ReShonda won the NAACP Image Award for Outstanding Literature for her book Say Amen, Again and was nominated again in 2013 for her book The Secret She Kept. She has won numerous awards for her journalism, fiction and poetry writing skills. She is a five-time winner of the National Association of Black Journalists Spirit in the Words competition. Considered one of the top Inspirational Fiction authors in the country, her books remain a staple on the Bestseller’s list and have been featured in USA Today and Ebony Magazine as Summer Sizzlers. In 2010, ReShonda was inducted into the Arkansas Black Hall of Fame.

A member of Alpha Kappa Alpha Sorority, Inc. and Jack & Jill of America, ReShonda is a former professor of Broadcast Journalism at Langston University. She is married to Dr. Miron Billingsley, a Vice Chancellor at North Carolina Central University. The Billingsleys have three children ages 15, 12 and 7.

Movingon21
2.0 out of 5 stars Not the right sized book
Reviewed in the United Kingdom on 11 April 2019
Verified Purchase
I love the story but somehow the book is small and really well used. Won't be ordering from this company again.
Read more
Report abuse

Idrissa Uqdah
4.0 out of 5 stars Finding Pastor A Wife
Reviewed in the United States on 1 April 2008
Verified Purchase
ReShonda Tate Billingsley is one of the most popular authors in the Christian fiction genre and she has truly earned this distinction. She never fails to delight her readers with her stories about real church folk and their issues.

The Pastor's Wife by ReShonda Tate Billingsley is another superb tale of Christian people who, despite trying to do the right thing, just can't seem to get it together. Reared by his grandmother after the death of his parents, Pastor Terrance Ellis is a young pastor with a troubled past. It was after his beloved grandmother was killed in a tragic car accident that he managed to turn his life around. With the guidance and love of his grandmother's three sisters, Terrance walked a different path and eventually answered his call of ministry. Now a grown man, he is finding that his aunties are not so happy to let go and let God. It's like having three doting mothers who won't let go. Eva, Dorothy Mae and Mamie are pillars of Lily Grove Church where Terrance grew up and is now the Pastor, and the outspoken threesome are bent on finding him a wife. These sisters were hilarious.

You can imagine the drama that unfolds in their quest to find the perfect First Lady for their church and for their nephew. Terrance is a character you love but you wonder if any man is that naive while having so many available young women in pursuit. He's much more interested in his life as a Pastor than in finding a mate much to the dismay of both his aunts and the Deacon Board. The women who sought this Pastor's attention were just like some of the single women you've met in your church. The games they played and the tactics they used made you laugh out loud. Yet, you understood their desire for love and companionship.

This novel had me almost hysterical as I laughed at the many antics of the supporting characters. The author wove an interesting and somewhat complex storyline in portraying these folks in their quest to find their pastor a wife. The storyline also was full of scriptural reference, God's redeeming love and redemption. The pain of hurting souls and how we unwittingly can be judgmental and cruel was shown without being preachy. The saints of Lily Grove Church were not perfect people but in the end they learned the lessons taught by their Christian walk.

Well written and true to life, The Pastor's Wife is a novel that will entertain, encourage and speak to your heart. This is a book I truly enjoyed.

Reviewed By: Idrissa Uqdah for The Culture Clique Book club

Andrea Whitted
5.0 out of 5 stars Forgiveness
Reviewed in the United States on 4 September 2019
Verified Purchase
I chose this rating, because this book is an easy read.
I didn't like that everybody tried to get the pastor a wife. They hired him without one. I also didn't like the fact that a lot of folks main purpose was to judge others. Be careful that your closet door stays closed.
I did like that in the end, the pastor forgave himself. In fact, a while lot of forgiveness went around.
Read more
Report abuse

nme00104
5.0 out of 5 stars great author,
Reviewed in the United States on 16 December 2020
Verified Purchase
always enjoy hers and kimberla's book's a lot, this one, my brother's keeper and a secret she kept have been my fav. by her so far. very intriguing, great and interesting read, was so shocked over Sahvanna's ploy to keep Terrance around! was so happy for him at the end and that he was able to make the right decision in his life. 😃🙂
Read more
Report abuse

Jones
4.0 out of 5 stars A very fun read
Reviewed in the United States on 15 October 2008
Verified Purchase
For my part, I really enjoyed the Pastor's Wife. While fictional in content, there is a great deal of truth in these pages. It does illustrate some of drama that women and men deal with while being Christians, trying to do the right thing and managing to remain in the world and not of the world as they taught me in Sunday school. I found the characters to be pretty well fleshed out and human to the point that I could see some of my aunts and uncles in the men and women folk in the book. The writing in my opinion made me feel like I was in the room standing on somebody's shoulder watching as the events unfolded. It is true that the need for a Pastor to be happily married is a very big thing for any church that is firmly rooted in the community. And it is only natural for older men and women that are left to watch over a sister or cousins child to ensure that everything, I mean everything goes well as if the parents never left them home. If you like fun drama, with a few twists and turns, and some down home humor then you might try this book. The author has written several other good books as well.
Read more
One person found this helpful
Report abuse
See all reviews
Back to top
Get to Know Us
Make Money with Us
Let Us Help You
And don't forget:
© 1996-2021, Amazon.com, Inc. or its affiliates