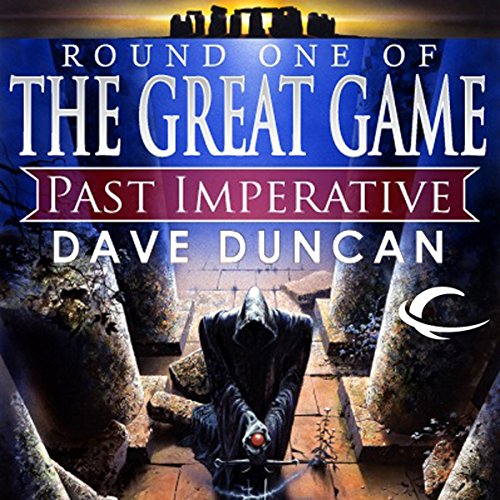 3.9 out of 5 stars
3.9 out of 5
12 global ratings
How are ratings calculated?
To calculate the overall star rating and percentage breakdown by star, we don’t use a simple average. Instead, our system considers things like how recent a review is and if the reviewer bought the item on Amazon. It also analyses reviews to verify trustworthiness.

The story is not as strong as previous books by DD. Seventh Sword and Magic Casement series are more involved and engrossing. However DD is sadley still little known and I would recommend this series of books.
Read more
Report abuse

SD
3.0 out of 5 stars A Good Read with some Flaws
Reviewed in the United States on 30 August 2003
Verified Purchase
First the bitter, then the sweet.
Only madness could have driven Dave Duncan to choose the opening he did. Three out of five opening chapters are told from the perspective of characters that turn out to be either very minor or never show up again. I had to keep reading the back of the book to remember where the story was actually going. By the time the reader figures out who the protagonists are, the urge to throw the book in the fire has already come upon her.
This is unfortunate, because after a while, the book picks up pace, even if it never really escapes the lethargy and fogginess of those early chapters. They make it difficult to get too invested in the characters, because Duncan has introduced them at a distance--through the eyes of others.
He also introduces far too many characters onto the stage to really keep them straight. I wasn't shedding any tears over any deaths, and wasn't shocked except once. And in a 450 page book, well, Robin Hobb would have had me bawling.
The truth is that maybe none of the aforementioned problems would be that serious were it not for one overarching problem. The pacing is off. By the time you feel the story is really starting, you're almost at the end of the book. Now, it's a trilogy, so a certain amount of that kind of feeling is fair. But not quite to this extent.
The transitions between Twentieth Century Earth and the fantasy world slow everything down. I admit that I was far more interested in the chapters on Nextdoor than I was about Earth. Moreover, in some respects, the Earth world seemed more foreign. Duncan tries to get across the naive view of warfare pre World War One. And he captures it while leaving us unable to really relate to it emotionally.
We can feel the anxiety of Eleal on her foreign world. Those emotions ring true for us. Edward's obsession with fighting Germany while he's being pursued for murder just doesn't feel realistic, whether it is or not.
In the end, I'm not sure people would be dying to read the sequel. As for myself, I'm curious about his deities and the magic system that he put into place. That's fun for me, but I prefer to read a book for reasons other than it concept and mechanics.
On the whole, it was an interesting read with likable characters and a dry Brit wit. The writing is also crisp and clean, the setting interesting, and I even marked one page of description that is particularly vivid. It's good solid fantasy with a well-envisioned magic system. Insofar as it's an epic, it's off to a sluggish start. Insofar as it's a concept story, it's dazzling. The author is obviously learned and talented.
Read more
15 people found this helpful
Report abuse

Dez
4.0 out of 5 stars Another wonderful read from Duncan. Went straight for volume 2!
Reviewed in the United States on 29 November 2012
Verified Purchase
His worlds, civilizations and characters never cease to astonish me. The story reels you in page by page, and then you find yourself surrounded by war, magic, religion, and pure human experience.
Read more
2 people found this helpful
Report abuse
See all reviews
Back to top
Get to Know Us
Make Money with Us
Let Us Help You
And don't forget:
© 1996-2021, Amazon.com, Inc. or its affiliates