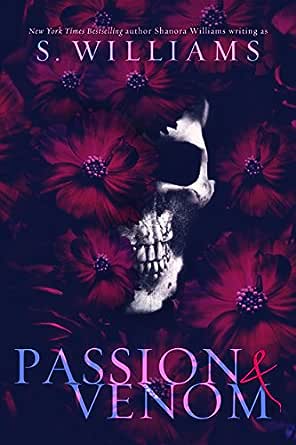 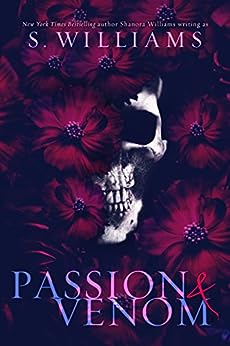 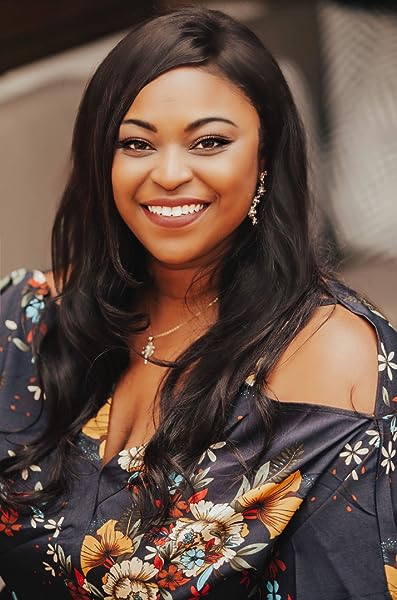 4.4 out of 5 stars
4.4 out of 5
423 global ratings
How are ratings calculated?
To calculate the overall star rating and percentage breakdown by star, we don’t use a simple average. Instead, our system considers things like how recent a review is and if the reviewer bought the item on Amazon. It also analyses reviews to verify trustworthiness.

Jess G
5.0 out of 5 stars Great
Reviewed in Australia on 3 October 2016
Verified Purchase
I really enjoyed this book; I loved that Gia is such a strong character that can't be broken easily. She does what she needs to in order to survive but doesn't take it laying down. I really want to see what happens next! Intrigued about her husband and Ronaldo...
Read more
One person found this helpful
Helpful
Report abuse

Sofia Almiroudis
5.0 out of 5 stars Isn't life funny? Growing up in the mafia was something that ...
Reviewed in Australia on 16 September 2016
Do you believe in fate? Do you believe in soul mates even when life brings you together in the darkest and unacceptable way? Gia was promised to Draco long before she became his prisoner. Long before his part in the unpleasant death of her beloved husband on her wedding day. Isn't life funny?
Growing up in the mafia was something that Gia was accustomed to, however becoming a prisoner of a mafia boss was not. Poor Gia was tortured, humiliated and degraded before Draco (aka Jefe) came to his estate and realized who she was. He didn't know that Anthony, the man that he had killed was married to Gia. When he realizes who she is, he decides to take her as his own. Draco demands respect and submission, something that Gia a high strong woman can and does not accept. Gia's stubbornness and unwillingness to submit brings about an unpleasant response from Draco. He makes her life a living hell and eventually she learns that its easier to submit then to fight. There is undying attraction and connection between Gia and Draco. When they finally let that attraction take over, it is more than neither of them can take. When Gia starts to allow herslf to feel things for Draco, a discovery sends her tumbeling deep into stage of rage and hate. However, Gis quickly discovers that the man she wants so desperately to escape from is the only man that can protect her. How far will Gia go to avenge her husbands death? What secrets will be revelaed that will shatter what Gia believes to be true?
Passion & Venom is a story filled with lust, suspense, lies, power struggle, passion, deceit and love. There were so many times that I found myself loving and hating Draco. You could see that he could love but life had made his heart and soul dark and cold. Gia is a bright light. A woman that can bring a man to his feet with her passion and beauty. Will Gia be the woman to thaw Draco's cold, dark, heart and soul? I can't wait for the continuation of Gia and Draco's story. Well done Shanora Williams, well done.
Read more
2 people found this helpful
Helpful
Report abuse

Anita_booktoread.
TOP 500 REVIEWER
4.0 out of 5 stars Curious.
Reviewed in Australia on 10 May 2018
The beginning got me in, even when Draco finally recognised her and cleaned her up, I was still happy. The middle though didn’t sit right with me. He is her captor, and he’s surrounded by savages, he punishes her with orgasms and she starts to fall for him. Nope that wasn’t right. I felt the final scenes in this book were true to character though and I’m looking forward to finishing the trilogy.
Read more
One person found this helpful
Helpful
Report abuse

Nik Brewer
5.0 out of 5 stars Dark and Hot
Reviewed in Australia on 21 February 2017
Dark, hot, evil, goodness. This book is amazing, the storyline is gripping and the characters are intense and very well written. Absoultley loved it and I am so very excited to see what comes next.
Read more
One person found this helpful
Helpful
Report abuse
See all reviews

Kindle Customer
1.0 out of 5 stars Immature, Amateur, Boring & Poorly written.
Reviewed in the United Kingdom on 18 April 2019
Verified Purchase
The writing was really amateur, the way the characters think and speak was very immature. I didn't even get beyond the first few chapters. The heroine is pathetic and not a nice person, her husband, the love of her life, was just murdered in front of her, she's locked in a dungeon, degraded and peed on etc by the boss's men and she can't bring herself to hate him because he's so handsome?! Are you fregging kidding me?! That's just awful! Unbelievable rubbish! She's like a spoiled brat, when the maid tells her 'if you eat, I'll be punished too', she snaps at the maid 'So what!' She doesn't care that someone else will be punished because of her actions. She calls a woman who she knows has suffered, a bitch, even though the girl tried to help her by telling her to sleep in the dining room, if it's the only way she'll be there on time to eat. She's not a nice person and I have to like the heroine in my reads. But the biggest problem was the very basic story, it made me cringe too much, the very immature conversations and the very amateurish writing. I just couldn't read any more of this.
Read more
4 people found this helpful
Report abuse

Lucy
4.0 out of 5 stars A thrilling and engaging dark romance!
Reviewed in the United Kingdom on 9 January 2021
Verified Purchase
I wasn't sure how I was going to feel about this as dark romance can be hit or miss for me, especially mafia ones, but I really enjoyed this one.

Our main character Gianna is just married when her husband is killed right in front of her and then she's taken captive. Gianna's captors try to break her and wear her down but she's determined not to cower to them. I liked Gianna a lot which I think is a big part of why this one worked for me, she's a fierce woman who's set on doing whatever she can to escape this situation.

There are a lot of triggers in this one (including kidnapping, violence, murder, rape) so be careful if you are planning to pick it up but if you like a thrilling story that will keep you captivated, and aren't bothered by any of the triggers, then this is worth checking out!
Read more
Report abuse

BookAddictSusan
5.0 out of 5 stars Loved it!!!!
Reviewed in the United Kingdom on 17 October 2016
Verified Purchase
That was freaking awesome.
Draco wow what a guy, he's everything a typical Crimelord should be. He's brutal and dangerous and everything you should fear and he's just had Gias husband killed. Took her prisoner and wants to make her his.
Gia hates him with a passion but soon realises she has to be smart if she wants to live. She needs to get close to her captor play the Monster at his own game if she has any hope of survival.
This book was really good I highly recommend you read this one. I can't wait for more.
Read more
2 people found this helpful
Report abuse

I am enjoying this author and looking forward to reading more by her.
Read more
One person found this helpful
Report abuse

jackywoo77bookblog
5.0 out of 5 stars Wasn't sure about this one but i loved it.
Reviewed in the United Kingdom on 7 November 2017
Verified Purchase
I wasn't 100% sure of this book at first but decided to give it a go and I'm glad I did . I adored it , it was dark and dangerous but sexy and sensual as well . The characters are bold and strong , just what you need in this type of book and boy do you get it . Draco is manic and demanding but so sexy with it . Gianna is sassy and sexy ,as well as being head strong and determined.
Overall a must read .
Read more
One person found this helpful
Report abuse
See all reviews
Back to top
Get to Know Us
Make Money with Us
Let Us Help You
And don't forget:
© 1996-2021, Amazon.com, Inc. or its affiliates