Passing Through Paradise and over 1.5 million other books are available for Amazon Kindle . Learn more
Share <Embed> 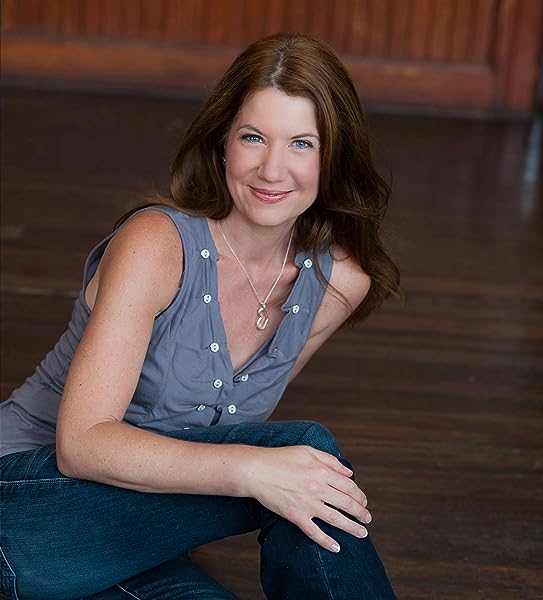 Page 1 of 1 Start overPage 1 of 1
Previous page
Next page
Start reading Passing Through Paradise on your Kindle in under a minute.

Susan Wiggs s life is all about family, friends and fiction. She lives at the water s edge on a Puget Sound island and finds inspiration in the rhythm of the seasons, and in the emotional dramas of everyday life. She s been featured in the national media and is a popular speaker locally and nationally. She has written more than forty novels, including #1 New York Times bestsellers from her hit series The Lakeshore Chronicles. A three-time RITA(r) Award winner, her books have been translated into two dozen languages. The author is a former teacher, a Harvard graduate, and a passionate supporter of libraries and literacy. She loves hiking, biking, yoga and skiing, yet her favorite form of exercise is curling up with a good book. Please visit her at www.susanwiggs.com, and check out her Facebook page.

4.7 out of 5 stars
4.7 out of 5
123 global ratings
How are ratings calculated?
To calculate the overall star rating and percentage breakdown by star, we don’t use a simple average. Instead, our system considers things like how recent a review is and if the reviewer bought the item on Amazon. It also analyses reviews to verify trustworthiness.

Lordav2000
5.0 out of 5 stars Moving
Reviewed in the United Kingdom on 16 January 2014
Verified Purchase
Avery moving tale so well described by Susan Wiggs mistress of story telling who keeps you hanging on to the end not knowing for sure what it was going to be but hopping it was going to be good then ends blissfully with a twist.
Read more
Report abuse

margiad mai
5.0 out of 5 stars susan wiggs great
Reviewed in the United Kingdom on 4 February 2014
Verified Purchase
as usual a great read, full of fun sadness and real life senarios . Love the way susan writes and always look forward to start another of her books
Read more
One person found this helpful
Report abuse

Amazon Customer
4.0 out of 5 stars Susan wiggs at her best
Reviewed in the United Kingdom on 22 June 2014
Verified Purchase
Anyone who likes Susan wiggs won't be disappointed with this story. Great characters and story line. Couldn't put it down, easy to read escapism
Read more
Report abuse

LEP
5.0 out of 5 stars An engrossing and satisfying read
Reviewed in the United Kingdom on 30 April 2006
Verified Purchase
Sandra Winslow, is an author of children's books and a woman whose confidence is hampered by a speech disability. She is accused by the people of the small town of Paradise of the death her husband, the town's 'golden boy', even though his death occured in a car accident for which she was not to blame. The townspeople make her life miserable and her husband's parents decide to take a civil case out against her for the death of their son. But Victor Winslow had a secret that Sandra won't devulge. Now living in an old beach house, Sandra decides that she must sell it and move from the hatred of Paradise. She hires Mike Malloy a restorer of historic homes to restore her beach house for her. However, Mike has issues and problems of his own. Can the two of them solve each others problems and build a life for themselves? An engrossingly satisfying romance.
Read more
6 people found this helpful
Report abuse

Suzanne Whyke
5.0 out of 5 stars Five Stars
Reviewed in the United Kingdom on 7 October 2014
Verified Purchase
Loved this book
Read more
Report abuse
See all reviews
Get FREE delivery with Amazon Prime
Prime members enjoy FREE Delivery and exclusive access to movies, TV shows, music, Kindle e-books, Twitch Prime, and more.
> Get Started
Back to top
Get to Know Us
Make Money with Us
Let Us Help You
And don't forget:
© 1996-2020, Amazon.com, Inc. or its affiliates