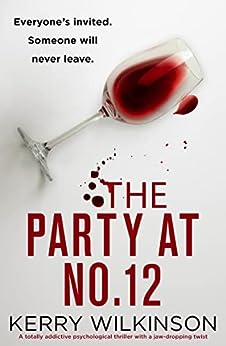 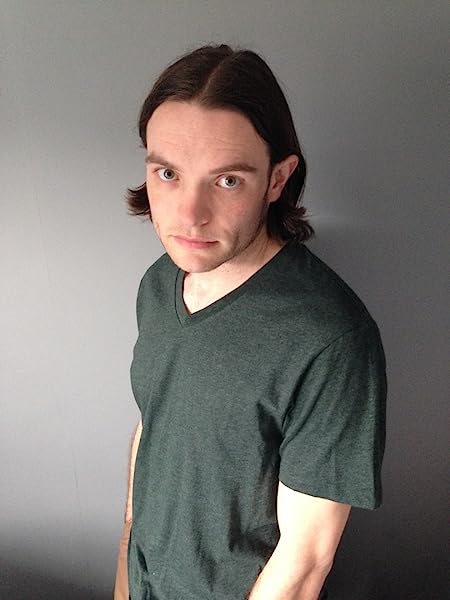 The Party at Number 12: A totally addictive psychological thriller with a jaw-dropping twist Kindle Edition

by Kerry Wilkinson (Author) Format: Kindle Edition
See all formats and editions
Sorry, there was a problem loading this page. Try again.
Everyone’s invited. Someone will never leave.

In a grand townhouse rented specially for the evening, Hannah beams at her guests under the sparkling chandelier. Her sisters, her mother and aunt, her best friends… although she’ll miss them all so much when she moves away, tonight is about celebrating the happy times and raising a toast to the future.

But the next morning, one of the guests is found cold and lifeless in their pristine white bed.

Hannah is desperate to call the police. After all, it must have been an accident. Perhaps too much wine, on a night where emotions were running high. But it soon becomes clear that every single person at the party has something to hide.

A mother who’ll do anything for her daughters.
Best friends with dark secrets between them.
A sister with a jealous streak.

What if one of them is a killer?

And what if this is just the first victim?

An absolutely unputdownable thriller that won’t let you sleep until you’ve reached the final page! Perfect for fans of Lisa Jewell, The Hunting Party and Shari Lapena.

Readers are loving The Party at Number 12:

‘A-MA-ZING!…had me glued to the pages… I couldn't get enough!…it sent shivers down my spine.’ @thrillers_and_unicorns

‘You are NOT going to be able to put this book down…you are not going to see what's coming. And you're gonna love it.’Meanderings and Muses

‘Amazing… wonderful… pulled me in from the very start and did not let go until the final page… I was hooked.’Rubie Reads Books

‘Unputdownable… I was hooked from the very first page and kept there until the last. It is absolutely brilliant… So many twists and turns in this book which had me guessing until the end… I devoured it in two days.’ Baker’s Not So Secret Blog, ⭐⭐⭐⭐⭐

‘Shocking… A nail-biting page-turner with echoes of Agatha Christie’s locked-room mysteries that will keep readers hooked all through the night. Kerry Wilkinson has written a jaw-dropping tale… the twists and turns will leave readers reeling and the shocks and surprises come thick and fast… A top-notch thriller readers won’t be able to put down.’ Bookish Jottings

‘Oh my goodness this was so addictive and you never knew where this was going to go… So worth the hype to read.’ Caroline Wright, ⭐⭐⭐⭐⭐
Read more
Previous page
Next page

Kerry Wilkinson has sold two million books - and had No.1 crime bestsellers in the UK, Australia, Canada, South Africa and Singapore. He has also written two top-20 thrillers in the United States. His book, Ten Birthdays, won the RNA award for Young Adult Novel of the Year in 2018 and Close To You won the International Thriller Award for best ebook in 2020.

As well as his Jessica Daniel series, Kerry has written the Silver Blackthorn trilogy - a fantasy-adventure serial for young adults - a second crime series featuring private investigator Andrew Hunter, plus numerous standalone novels. He has been published around the world in more than a dozen languages.

Originally from the county of Somerset, Kerry spent way too long living in the north of England, picking up words like 'barm' and 'ginnel'.

When he's short of ideas, he rides his bike, hikes up something, or bakes cakes. When he's not, he writes it all down.

4.0 out of 5 stars
4 out of 5
557 global ratings
How are ratings calculated?
To calculate the overall star rating and percentage breakdown by star, we don’t use a simple average. Instead, our system considers things like how recent a review is and if the reviewer bought the item on Amazon. It also analyses reviews to verify trustworthiness.

Kate
5.0 out of 5 stars When a mother steps over the line
Reviewed in Australia on 10 April 2022
Verified Purchase
First time reading this author. Started off a bit slow but I stayed with it, it picked up the pace pretty quick and soon I was unable to put it down.

Would we want a mum like Hannah's, someone who'll do anything at all to protect her children. We mothers will do almost anything for our children but surely there is a fine line. Hannah's mother stepped over that line and in doing so put pressure on everyone around her.

I never saw the final twist coming and that floored me, it was also quite sad, particularly as the character was an innocent in it all.. or so we thought

marnie | once upon a time book reviews
TOP 50 REVIEWER
4.0 out of 5 stars A gripping psychological thriller
Reviewed in Australia on 11 March 2022
"Everyones invited...Someone will never leave..."

Kerry Wilkinsons delivers another compelling and gripping read with The Party at No 12. Immediately drawn into the drama, the pages just turned themselves and I was invested in both the story and it's diverse cast of characters.

I love a locked room thriller with characters that all have something to hide and I got that and so much more with this book. I enjoyed trying to solve the puzzle along the way, but as is always the case with Wilkinson's books, he does love to throw in some curve balls that throw you off the scent!

A great read full of tension and suspense, if you are a fan of psychological thrillers, you will definitely want to check this one out.
Read more
Helpful
Report abuse
See all reviews

Denis Reed
4.0 out of 5 stars Reader,I read to the end!
Reviewed in the United Kingdom on 19 March 2022
Verified Purchase
The first section seemed to be taken at a gallop-racing through the preliminaries to get to the action.Reasonably interesting and I kept on to the end to see the strands tidied up.Some suspension of disbelief is required-some of the outcomes stretch credibility,but better than a lot of so called thrillers that have come out recently.
Read more
Report abuse

Rose
3.0 out of 5 stars just to show that blood is thicker than water
Reviewed in the United Kingdom on 19 May 2022
Verified Purchase
A dysfunctional family with secrets, their association barely held together, a bit like mandibles when one drops because that’s what’s supposed to happen, only it didn’t. It’s not a bad book mind and what is the truth appears not to bee. So, what do they do? Well, read it and find out.
Read more
Report abuse

Lillian
4.0 out of 5 stars Gripping from start to finish...
Reviewed in the United Kingdom on 21 April 2022
Verified Purchase
I loved this book, and I'm looking forward very much to the next one. Doesn't disappoint in the slightest I'm not giving any story details in case of spoilers but highly recommend.
Read more
Report abuse

Chrismick
5.0 out of 5 stars Brilliant read
Reviewed in the United Kingdom on 18 April 2022
Verified Purchase
This is the first book of Kerry's that I've read and I'll definitely be reading more. A good story with twists and turns which I highly recommend. Exactly my kind of book! ☺️
Read more
Report abuse

Book Reviewer
5.0 out of 5 stars Fast paced, guaranteed great read.
Reviewed in the United Kingdom on 13 April 2022
Verified Purchase
Yet another classic from the author. I was guessing left, right and centre from the start. Expertly written in third person, whilst maintaining the characters inner voices. I loved the internal monologue-those inner thoughts drawing me inside the MCs head. I also enjoyed the twists.
Read more
Report abuse
See all reviews
Report an issue
Does this item contain inappropriate content?
Report
Do you believe that this item violates a copyright?
Report
Does this item contain quality or formatting issues?
Report